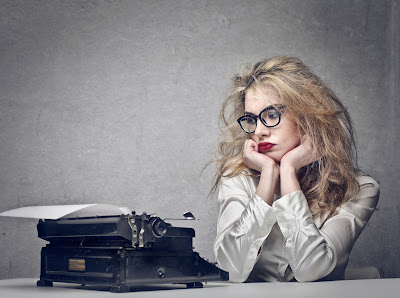 Some of you have been asking when my next book will be out. So, I thought I'd give you all an update on what I'm working on and what I'm planning on working on in the future.

Although I won't have another book releasing in 2017 (When Angels Cry was it for this year), I do have a novella releasing that is part of a collection called The Regency Brides. There are some other great authors in this collection so I'm sure you're going to want to pick it up!

My story is called The Highwayman's Bargain and is about a young farm girl who is about to marry the 2nd son of a Baron.  She likes him well enough and he seems to be a decent man, but she really needs his family's money in order to get the proper medical care for her dying mother.  On the way to the wedding, she is kidnapped by highwayman who strikes a most unusual bargain. Give him three days to prove that her fiance is a liar and a cad. If he does, she promises not to marry him. If he doesn't convince her, he'll turn himself in and leave her alone forever.

I will have two books releasing in 2018, but both of them will not be out until the last half of the year. The reason is that I was offered a contract by Barbour publishing to write a novel that is part of a collection called Daughters of the Mayflower.  I'm currently writing this novel and will turn it into my publisher in February.  The series starts out with the Mayflower coming over to America and then each subsequent book traces through the ancestry of the main couple in the first story.  Cool, huh?  My novel will be the 6th book in the series and is set in Baltimore during the War of 1812. 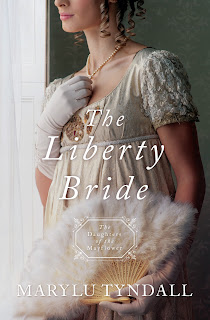 After the death of her mother, Emeline Baratt spent her childhood caring for her father and two younger brothers. Now at twenty-two, the last thing she wishes to do is get married and spend the rest of her life cooking, cleaning, and chasing wee ones around. Instead, she longs for adventure, to travel the world and paint masterpieces. But her father squelches her adventurous spirit by telling her she must obey God and assume her proper place in society or she'll end up like her mother. Tragedies keep befalling her and she finally determines to be a proper Godly woman.

Traveling home from her stay in England, Emeline's ship is captured by the British Royal Navy and she is brought aboard as prisoner.  The captain takes a liking to her and she is able to convince him that she is loyal to England. But when he sends her ashore to spy for Britain, she knows she's gotten in way over her head.

First Lieutenant Owen Masters has been a spy for America aboard the HMS Maurader for the past two years. He is quite taken with the lovely American prisoner and vows to protect her. But when he discovers she is a traitor to America, he keeps his distance... an impossible task when he is assigned to escort her into Baltimore to discover their battle plans. Though he has fallen in love with her, he has no choice but to turn her in for treason.

Not available yet for preorder.

Last but not least, God willing, it is my intent to write and release the 6th book in my Legacy of the King's Pirates series, The Reckless! I hope to start writing this the first of the year and if all goes well, should have it ready for release by late Summer 2018


The Reckless - Releasing August 2018 - Book 6 in the Legacy of the King's Pirates series.
This is NOT the cover. I will reveal that when it is finished. 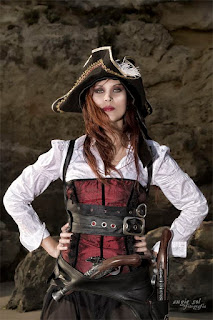 Intent on escaping the woman who vexes him at every turn and who insists they will marry someday, Frederick Carlton, son of pirate Captain Kent Carlton, joins the British Royal Navy. Though his father's pirate blood runs through his veins, he is determined to start a new life of honor and Godliness, despite the raven-haired beauty who continually distracts him.

Reena Hyde, daughter of infamous Captain Edmund Merrick Hyde, believes Freddy surely must be miserable in the Royal Navy with all it's rules and regulations. Once she rescues him from that horrific mistake, surely he will rejoin her in pirating the West Indies. Ah.. the adventures they had! And the ones they will have when they become man and wife.

Oh, and for those of you waiting the next book in my Protector of the Spear series, that is next on my list after The Reckless.  In fact I have the cover already done! 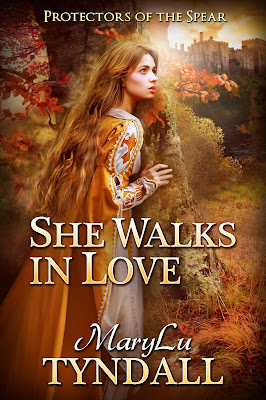 Or Sign up for my newsletter!  (Form is on the right side of this blog)

If you have made it down this far, then chances are you are an avid fan and reader of my books!  First, let me say Thank you very much! Without you, purchasing, reading, and spreading the word about my books, I wouldn't be able to write!

Secondly, I have 15 copies of The Regency Brides Collection to give away to you as a thank you from me. I will send a paperback of this collection, free of charge, to the first 15 people who comment on this blog and leave me your email address (Sorry USA only)  The ONLY thing I ask in return is that you leave a review on Amazon when you finish. You don't have to read the entire thing, only my story, but I'm sure you're going to want to read the other fabulous stories!!!