Five things you must do to survive the last days! 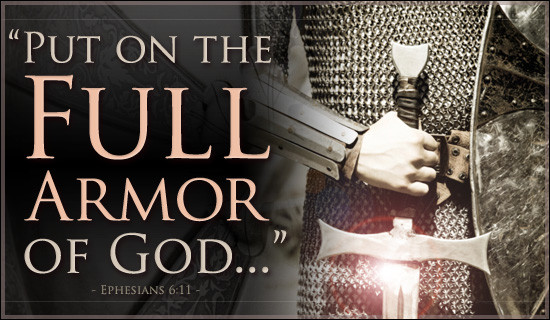 Be on guard. Stand firm in the faith. Be courageous. Be strong. And do everything with love.
1 Corinthians 16:13

I found this little nugget in one of the Apostle Paul's closing remarks to the church at Corinth.  If you know anything about the Corinthian church, then you know that they were riddled with problems, sexual immorality, jealousy, envy, strive, false prophets, you name it, these sins had somehow crept into the church.  They were even getting drunk at the Lord's Communion! It sort of reminded  me, sadly, of many churches today.... but that would be a sermon all by itself.

If you follow my Friday posts on the state of the world, you are well aware that we are in the last days of this final age.  Soon our Lord will appear and sweep true believers out of here before God pours his wrath out on the wicked.  Doesn't sound like the God you worship? Why, He wouldn't be so cruel as to send world wide disasters on the planet that would kill millions, would He?  The Bible says otherwise. Yes, He's a God of love, grace, and mercy, but His patience does not last forever.  But that is for another post as well.

Go, my people, enter your rooms
and shut the doors behind you;
hide yourselves for a little while
until his wrath has passed by.
See, the Lord is coming out of his dwelling
to punish the people of the earth for their sins.
The earth will disclose the blood shed on it;
the earth will conceal its slain no longer. Isaiah 26


What I want to focus on is Paul's exhortation. The Corinthian church lived during a time much like ours. They lived among a godless, immoral people. They had a corrupt government. Christians would soon be heavily persecuted. Evil surrounded them and much of it crept in among them. Hence, we would do well to adhere to Paul's final words to them.


Be on guard.  To be on guard means to WATCH out!  There are nearly 100 exhortations to "Watch" found in the New Testament.  But watch out for what? We are told to watch out for temptations, evil, the enemy, false doctrines, false prophets, signs of the end, Jesus coming back, becoming lukewarm, slipping into immorality, our tongues, etc.  Essentially we are to be like soldiers, standing guard over our souls and spirits against anything that will lead us astray or cause us to stumble.  You can't let up, can't go to sleep, can't take a break. You must be vigilant at all times. Which leads to Paul's next command.


Stand firm in the faith. To stand firm means to not stumble, waver, move, sit down, or falter. In other words, keep the faith. Hold fast to Jesus and His Gospel. Don't allow doubts to creep in, or any doctrine that goes against the Bible. That's why it is Vitally important to know the Word of God, to be IN the Word of God every day, to meditate on it, discuss it with God, and even memorize it.  Then you can spot something that's a lie and cast it from you. The stronger your faith, the firmer you will stand, so it's important to have your faith grow. How do you increase your faith? By reading the Word of God, spending time in His presence, and then stepping out in obedience.

For the weapons of our warfare are not carnal but mighty in God for pulling down strongholds,  casting down arguments and every high thing that exalts itself against the knowledge of God, bringing every thought into captivity to the obedience of Christ,  and being ready to punish all disobedience when your obedience is fulfilled.  2 Corinthians 10:4-6

Be courageous:  The cowardly don't enter heaven. Did you know that?
"But cowards, unbelievers, the corrupt, murderers, the immoral, those who practice witchcraft, idol worshipers, and all liars—their fate is in the fiery lake of burning sulfur. This is the second death.” Revelation 21:8

Be strong  Don't be a wimp. Strong people stay the course even when the going gets rough. Strong people keep running the race even when every ounce of their body screams in agony.  When life gets tough, the strong plow through. They don't curl up in a ball and whine and whimper and complain. They pray, they seek guidance and protection from the Lord and then they get up and do what has to be done. Paul is saying here that difficult times WILL come. He's telling the believers to not give up.

Blessed is the one who perseveres under trial because, having stood the test, that person will receive the crown of life that the Lord has promised to those who love him.  James 1:12

Do everything in love:  In other words, Love God with all your heart and  love your neighbor as yourself. Jesus said ALL the commandments were summed up in these two. If we do everything in love, then we cannot sin. Did you realize that? If you do everything out of love for your fellow man, you won't lie, cheat, steal, murder, commit adultery, lust, fornicate, gossip, criticize, lose your temper, covet, seek revenge, be jealous, stab others in the back, etc.  Why? Because love doesn't do those things. It can't. It is incapable of them.

Love is patient and kind. Love is not jealous or boastful or proud  or rude. It does not demand its own way. It is not irritable, and it keeps no record of being wronged. It does not rejoice about injustice but rejoices whenever the truth wins out. Love never gives up, never loses faith, is always hopeful, and endures through every circumstance.  1 Corinthians 13:4-7

The world is falling apart. It is slipping farther away from God every day and closer to wickedness and evil. Time will soon be ripe for the rise of Satan's son, the antichrist. If we are to survive, to hold down the fort until Jesus comes, we must do these 5 things. Paste this verse on your fridge, on your computer, on your desk at work, or anywhere you'll see it often. If we are going to be victorious it will be by a determined disciplined effort, not by sitting on our bums in a church pew.

Stand therefore, having girded your waist with truth, having put on the breastplate of righteousness, and having shod your feet with the preparation of the gospel of peace; above all, taking the shield of faith with which you will be able to quench all the fiery darts of the wicked one. And take the helmet of salvation, and the sword of the Spirit, which is the word of God; praying always with all prayer and supplication in the Spirit, being watchful to this end with all perseverance and supplication for all the saints— Ephesians 6:14-18