The Power of Persistent Prayer! - Lost loved ones 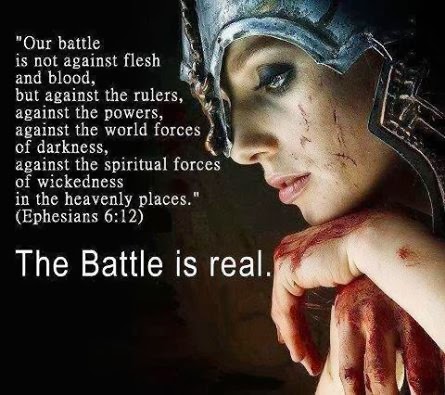 Today please welcome a very special guest, Susan Snodgrass. I met Susan on Facebook after she read several of my books, but she's become more of a friend than fan. Recently she mentioned how she had prayed for her husband's salvation for years and years and how important it was to not give up.  I asked her to share her story with us in the hopes that it would comfort, bless, and inspire those of us (myself included) who are still praying for our lost loved ones to come to Jesus!


Tom and I married in 1978.  I grew up in church but I was in a backslidden condition.  We did not go to church for about a year, then started going to my aunt's Baptist church. Wasn't home, though. I grew up pentecostal and that's what I wanted to be in.  We started back to my home church, then Tom just fell away.  He wouldn't go to church with me and did not tolerate me asking him.  This was the mid eighties by this time.  I would ask him occasionally, but he'd fuss, so I quit asking.  It's hard to live with an unsaved loved one.  But he never tried to keep me out of church and respected my commitment and desire to raise our daughter in the faith. He just had no use for God.  Tom grew up in an abusive home and I think that wounded him deeply. When he was 13, his dad shot his mom and them killed himself.  He had to live with his older sister who just used him as a babysitter for her two kids.  It was a sad situation.

Fast forward ten years.  This is so tiring praying and hoping and not seeing results.   I decided to act in faith and started saving him a seat beside me in church. I wouldn't let anyone sit there.  I gave offerings in the amount of 16.31 because Acts 16:31 says 'if you believe in the Lord, you will be saved and ALL your household.'  I would put anointing oil on my hands and riffle through his underwear drawer. I copied salvation scriptures out and put them in his wallet or under his truck seat.  I claimed his salvation.

About that time I met the owner of a Christian music store called Myra and she asked me one day when I was in the store if I had a prayer request. I asked her to pray for Tom's salvation. We prayed. Time went on and nothing changed. Not one thing. I began to wonder if God heard me at all.
Then one morning, Dec. 14, 1994, I awoke from a dream crying.  I knew beyond a shadow of a doubt that the dream meant something. Here is the dream: I was in a house build up high on stilts.  I was in an actual, physical battle with the devil.  He would swoop at me, sometimes in the form of a bat, casting accusations against me. I knew that I was in a literal battle for Tom's soul.  For 3 days I fought him, then I went to take a shower. When I finished, I walked into a big room there in that house with a huge fireplace and a farm table.  Over in the corner in a raised chair, sat satan, with a huge black cape on and smirking at me.  I said, "I don't know if I can stand much more of this."  He then cast an evil grin my way and I straightened up and said, "But I'm not giving up!"  The devil then got up, strode past me and I could feel his breath on my cheek as he said, "Well, I am."

I went into my back room where I did battle in the spirit and I cried out to God and asked Him to reveal what that dream meant. Then He sweetly spoke to me and said,"Your victory has already been won. It just has to make its way across the battlefield to you."  I began to rejoice because I knew Tom would be saved.

However, time passed with no results.  I told no one about this dream.  No one. One day my pastor called me out and gave me a word and said, "Tom is standing there in the middle and the angels are on one side and demons on the other, both pulling."

I went to a retreat and the lady who did it, Minnie Coleman, well, one of the women, came to our church to do a marriage seminar. I went by myself in faith.  She preached at our church on Sunday morning and stopped and came over to me, pulled my head against her chest and said, "God is going to save your husband."  We had a revival and this man knew no one in our church and he called me out and said, "The devil tries to tell you that your husband will not be saved, but he will."

I continued to pray and believe God for Tom's soul.  We had a ladies prayer group that met every Monday morning at our church. We called ourselves, WOW. (Women of WAR) We had the tee shirts, too!  We had a big foam board where we put photos of the people we wanted to see saved.  Well, this particular morning, we were all in a circle holding hands and one of the women, Karen, began to sob loudly.  We stopped praying as she sobbed her heart out. When she stopped, I asked her what was wrong. She said, "God just gave me a vision. We were all standing at the top of a hill and before us stretched a long battlefield and it was littered with dead people and all the signs of battle.  Way off in the distance I saw a few stragglers coming toward us. They were wounded, scarred, bleeding, some hobbling with sticks.  The closer they came, I could see they were the very ones we'd been praying for to be saved."  Well, glory!  If that wasn't further confirmation, I don't know what was.

On Feb 4, 2000, Tom lost his job of 23 years and it devastated him. Another horrible thing happened, but that's another story. He was just so distraught he could not be consoled. My prayers  intensified.  One day, Friday, May 19, 2000, I was back at that Christian music store. Myra asked me if Tom was saved yet. I said no. Well, she said, 'Let's pray." There was a little black lady standing there and we had church!  On my way to Walmart after leaving, the power of God filled my car and the Holy Spirit spoke to me so clearly, "Get ready for a celebration because the lost lamb is coming home.'  I tell you, I believe I could have gotten out of that car and ran home!

The following Monday, May 22, Tom and I were going to town and I felt this incredible urge to talk to him about God. I hesitated because he usually fussed at me for doing this and this was definitely not a good time in his life. Well, you know how the Holy Spirit is.  He kept pounding so I said, "Tom, why don't you want to serve the Lord?"  He was quiet for a moment, then said, "I want to but I don't know how."  Well, glory!  I did. I pulled into the parking lot of Lifeway Christian store and God gave me the privilege of leading my own husband to faith in Christ.!  I always thought Tom would come on his own, by himself.  We went in the store because he wanted his own Bible. He wanted his name on it but they told him it took 24 hours. I explained to them what had just happened and they told us to sit tight and they'd do it right then!

I could not believe how God kept me and I prayed and persisted in prayer for Tom. He loves God so much now, has served as a deacon in our church and is a prayer warrior for God!
So that's my story. There's little bits in between, but that's the main part.  God is good!

MaryLu Here:  Susan, thank you so much for sharing your story. I must admit that I had tears in my eyes as I read it. God is so faithful!  He is the father of ALL families and He promises to save households. If anyone out there is praying for your lost loved one, don't give up. Keep praying and keep believing and let the Holy Spirit lead you always.