Don't be cast from the Kingdom of God! 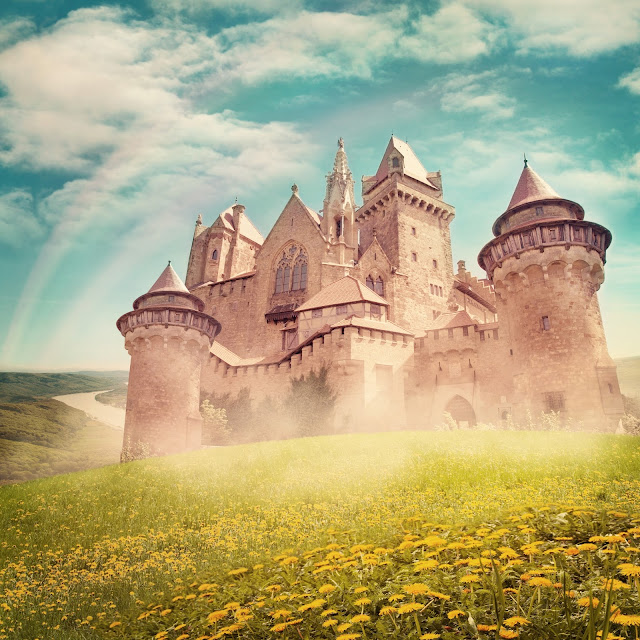 Last week in my Monday post, I talked about how modern Christianity leaves out a very important part of the Gospel message--the message of the Kingdom of God.  Once we put our faith and trust in Jesus, we are not only forgiven of all our sins, given a place in eternity with God, but we are automatically escorted into a new Kingdom.

He has delivered us from the power of darkness and conveyed us into the kingdom of the Son of His love, Colossians 1:13.

For right now, the Kingdom of God is an invisible Kingdom that exists in the spirit realm all around us (If you're a scientist, I'm talking about the extra dimensions outside of the three we currently live in)  We can't see this Kingdom, but that doesn't mean it isn't real. In fact, I would say that it is more real than anything we can see and touch.

During the past week, I spent some time thinking about what makes up a kingdom. A kingdom is a form of government which is ruled by a king. That king has the ultimate authority over everyone in the kingdom. Some of you who are used to democracy may cringe at that thought, and yes, it would not be a good thing if the king was evil. But what if the king was holy, pure, good, loving, kind, merciful, all wise, all knowing, all powerful, unselfish, humble...etc. ??  Wouldn't that be a great kingdom to be a part of?

Beneath the king there are various positions of authority and responsibility, from those who rule sections of the kingdom, to warrior knights, administrators, minstrels, book keepers, overseers, judges, cooks, laundresses, stable boys... farmers... etc.  The Bible tells us that what we do here on earth for the Kingdom will dictate what position we will hold when the Kingdom comes to earth and Jesus rules from Jerusalem.

His lord said to him, ‘Well done, good and faithful servant; you were faithful over a few things, I will make you ruler over many things. Enter into the joy of your lord.’ Matt 25:21

There are many privileges of being in a kingdom.  I listed some of the great benefits last week that we can experience now, even though the Kingdom is invisible to us. But here are some more which will come later under the Kingship of Jesus (Actually, even some of these we can experience now)
In return, the King asks us for our obedience, loyalty, and love. Since the King I'm talking about here is Jesus, that's an easy thing to do.

Here's the question of the day.  What would happen to someone who is in the Kingdom but they constantly disobey the King? They don't do what He asks them to. They go behind His back and hurt other people in the Kingdom. They lead some other people to disobey the King. They don't fulfill their responsibilities or jobs. They show up late or don't work at all. Basically, they are not loyal to the King at all.

In our world, in kingdom's past, that person would either be executed or thrown out of the kingdom, right?  Then, why do we think that our King would do any differently? We have this sort of twisted idea that once a person enters the Kingdom of God they can do whatever they please, even if it is against a direct order of the King and still be allowed to enjoy ALL the benefits of the Kingdom, in particular be allowed to remain IN the kingdom?

The Son of Man will send out His angels, and they will gather out of His kingdom all things that offend, and those who practice lawlessness, and will cast them into the furnace of fire  Matt 13:41-42

But Jesus said to him, “No one, having put his hand to the plow, and looking back, is fit for the kingdom of God.” Luke 9:52

“We must through many tribulations enter the kingdom of God.” Acts 14:22 (Hmm. not sure the prosperity preachers have read this one)

Now the works of the flesh are evident, which are: adultery, fornication, uncleanness, lewdness,  idolatry, sorcery, hatred, contentions, jealousies, outbursts of wrath, selfish ambitions, dissensions, heresies,  envy, murders, drunkenness, revelries, and the like; of which I tell you beforehand, just as I also told you in time past, that those who practice such things will not inherit the kingdom of God Galatians 5: 19-21

Jesus is not a wimpy King as some people like to think. Jesus is love, absolutely! And yes, He loves us more than we can know. But He's also a judge and a king and He cannot tolerate wickedness in His Kingdom. Unfortunately, there are many such people in the Kingdom of God now. They think they're saved, think they're safe in the Kingdom, but somehow along the way, they believed the lie that God's grace allows them to live any which way they want. They believe that because they are in the Kingdom, the King will simply forgive and forget. The truth is that for now, the King tolerates their rebellion, hoping they will return their loyalty and love to Him. But there will come a day when the physical Kingdom comes to earth that these people will be cast from it. Look up "weeping and gnashing of teeth" in the Scripture. Every time you see that phrase, it is connected to those people who believed they were safe in the Kingdom but who find themselves cast out.

To enter the Kingdom of God is easy. You repent of all past sins, bow your knee to Jesus and plead your loyalty, love, and obedience to Him. I know this goes against all of our self-serving, independent, democracy loving human ways, but hey, this is a Kingdom, not a democracy or a republic. And there are only two kingdoms. God's kingdom and Satan's. There is no spiritual democracy. You have only two choices, and in both of them you will be ruled by a king.

However, to stay in the Kingdom of God requires work and discipline. Most of all it requires maintaining a loving relationship with the King and being obedient to Him. Of course, as flawed subjects, we may mess up now and then, but our King is merciful, and if we come to Him with a truly repentant heart and a sincerity to do better, He always forgives.  Such a wonderful King we serve!!  But don't take advantage of His great love and mercy or you may some day find yourself cast from the Kingdom of God into the kingdom of darkness.

And you do NOT want to be in that kingdom. Believe me.