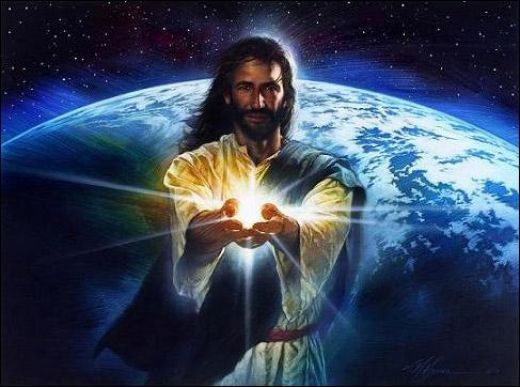 Happy New Year and welcome to 2018!  I thought it might be interesting to give a summary of the prophetic events that happened in 2017. We miss so many events during our busy lives and it's easy to just go about our way and not realize how close we are to the end of time. I'm just going to list the highlights here but, obviously, there were a ton more things that happened.

"When these things begin to take place, stand up and lift up your heads, because your redemption is drawing near.” Luke 21:28

Society has declared war on Christians and conservatives. Google, YouTube, Facebook, Twitter, and more, are pulling the plug or limiting righteous comments and ideology yet they often celebrate evil. This reached new levels in 2017.

According to the Christian advocacy group, one in 12 Christians today experiences high, very high or extreme persecution for their faith. Nearly 215 million Christians face high persecution, with 100 million of those living in Asia.

Christians are the most persecuted group in the world


Sodom and Gomorrah (As in the days of Lot)


Violence and Terror Attacks  (As in the days of Noah)

This is only a summary of the biggest events. There were a lot more!

There has been an intensification of calling evil good (Isaiah 5:20)

True evil is growing worse and worse (II Timothy 3:13). Pagan gods are being erected in many places including at the U.N. The occult, including witchcraft and satanism is on the rise, particularly with Millennials.

2017 was rocked by a multitude of scandals, particularly in government, revealing the depravity of man's character predicted to grow worse in the end times


If you don't know about this war, I encourage you to read up on it. This is a prophesied war in which the following nations (Russia, Turkey, Iran, Libya, Ethiopia, and some areas in Eastern Europe) will join forces and attack Israel. It is my personal belief that this war will begin the 7 year tribulation. In any case, we have witnessed first hand in 2017 these nations all coming together for the first time in various alliances. And they all hate Israel! Turkey's Erdogan threatened to "wipe out all Jews" after the Jerusalem announcement..

Jerusalem became a "burdensome stone" with Trump's declaration that it was the capital of Israel. See Zechariah 12:3

Great strides were made toward building the Third Jewish Temple


Signs in the Sky


Some of you may not have experienced this but because I'm interested in End times and I'm always looking at signs of the Lord's second coming, I've been laughed at and scoffed. Many many of my fellow watchers and prophecy studiers have experienced far worse. From Christians!  In fact many many believers have an almost impossible task of trying to find a church that even teaches anything on end times.

Even though there's been a rise in nationalism, don't be fooled. Those behind the scenes who are running things (elites, illuminati, etc.. whatever you want to call them)  they are still pushing for a one world government. Through a whole host of global institutions such as the United Nations, the World Bank, the IMF and the Bank for International Settlements, global governments are working together to a degree that is unprecedented.
It is my personal opinion that there are forces behind our own government here in the US whose main goal is to destroy this country financially, politically, and spiritually in order to meld us with other nations into one unit.  This is not as far-fetched as it seems and there are many people in high positions who can attest to this.  This is one of the major reasons so many are against President Trump. He represents American greatness and American nationalism and that's the opposite of what they want.

One of the last obstacles to a World Government is a free press, and unfortunately, we see here in America that most of the Press is on the take. By that I mean they are controlled by certain groups who have an agenda for this country. Hence, the press do not give you the facts or even the news, but rather they tell you what they want you to believe.  Be careful, America.


I mean no offense to Catholics reading this but if anyone follows what Pope Francis is doing and saying, it's pretty obvious that he is leaning toward a one-world-religion. Many watchmen think he might be the False Prophet in Revelation, but time will tell. Great strides have been made in trying to bring together all religions in the name of peace. There's just one problem. His name is Jesus.  If we took Jesus out of the Christian faith or made Him a mere prophet, then every religion could get along nicely.

I'll end with this passage from Matthew 24.  It speaks for itself. Don't lose heart, Don't give up. Stand firm in the faith, and keep watch for the Lord's return!

“Who then is the faithful and wise servant, whom the master has put in charge of the servants in his household to give them their food at the proper time? It will be good for that servant whose master finds him doing so when he returns. Truly I tell you, he will put him in charge of all his possessions.  But suppose that servant is wicked and says to himself, ‘My master is staying away a long time,’  and he then begins to beat his fellow servants and to eat and drink with drunkards. The master of that servant will come on a day when he does not expect him and at an hour he is not aware of. He will cut him to pieces and assign him a place with the hypocrites, where there will be weeping and gnashing of teeth.