Does God Exist? Only He knows the future - Part 4 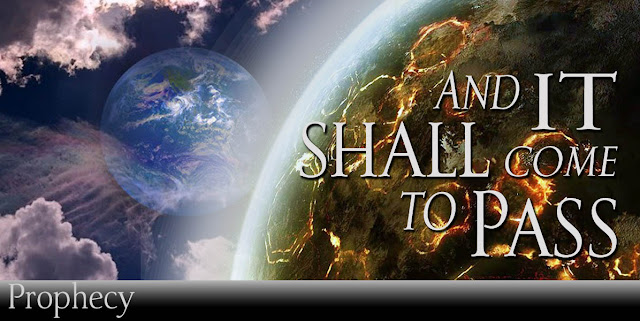 This is the forth installment of Biblical Prophecies which have already been fulfilled. My purpose in listing these is to prove that God exists. He's real. He's in control, and He loves you. No one can know the future so precisely but God!

This is my final installment of fulfilled prophecies of the Old Testament. Next week, I plan on listing ALL the Messianic prophecies that Jesus fulfilled. You're going to be amazed!.  Below, I list several smaller prophecies found in the Old Testament that were precisely fulfilled.  For the save of brevity, I won't include sources, but everything is easily verifiable.

1. The Destruction of Babylon after 70 years of Jewish captivity

You may remember that Israel was conquered by King Nebuchadnezzar and held captive in his land for 70 years. But we see here that God also says that after that time, Babylon would be punished. Both parts of this prophecy were fulfilled! In 609 BC, Babylon captured the last Assyrian king and took over the Assyrian empire, which included Israel. Babylon then destroyed Jerusalem and the Temple and took the people to Babylon. Then in 539 BC, King Cyrus of the Persians and Medes conquered Babylon, bringing an end to the empire.

2. Cyrus' conquest of Babylon prophesied hundreds of years before he was even born!


"This is what the Lord says to his anointed, to Cyrus, whose right hand I take hold of to subdue nations before him and to strip kings of their armor, to open doors before him so that gates will not be shut..." Isaiah 45:1

In this passage, God mentions Cyrus by name and indicates he will open the gates of Babylon.. Despite Babylon's remarkable defenses, which included moats, and walls that were more than 70-feet thick and 300-feet high (with 250 watchtowers) Cyrus was able to enter the city and conquer it in 539 BC. Cyrus and his troops accomplished it by diverting the flow of the Euphrates River into a large lake basin. Cyrus then was able to march his army across the riverbed and into the city!

3. Babylon will be overthrown and turned into a place for owls and swampland


Babylon, the jewel of kingdoms, the glory of the Babylonians' pride, will be overthrown by God like Sodom and Gomorrah. Isaiah 13:19
"I will turn her into a place for owls and into swampland; I will sweep her with the broom of destruction," declares the Lord Almighty.  Isaiah 14:23

After Cyrus conquered Babylon in 539 BC, the kingdom never again rose to power. History tells us that the buildings of Babylon fell into a gradual state of ruin during the next several centuries. Interestingly, when archaeologists excavated Babylon during the 1800s, they discovered that some parts of the city could not be dug up because they were under a water table that had risen over the years!

4. The Destruction of Tyre


Not only did God through Ezekiel tell us that Tyre would be destroyed, but He told us how as well!

Therefore this is what the Sovereign Lord says: I am against you, O Tyre, and I will bring many nations against you, like the sea casting up its waves. Ezekiel 26:3
They will plunder your wealth and loot your merchandise; they will break down your walls and demolish your fine houses and throw your stones, timber and rubble into the sea.  Ezekiel 26:12

If you look up the history of Tyre, you'll see that Babylon began a 13 year attack on Tyre's mainland around the time of Ezekiel. Then in 332 BC, Alexander the Great finally was able to conquer the island of Tyre (which sat off from the mainland).  It had been impossible to conquer this island because it was well fortified and could only be approached by the sea. So Alexander the Great built a land bridge from the mainland to the island from the rubble (stones, timber, and soil) from Tyre on the mainland. (The actual bridge still exists to this day)


In days to come Jacob will take root,
Israel will bud and blossom    and fill all the world with fruit.  Isaiah 27:6

Fulfilled: late 1900s. Remember the land of Israel was a wasteland for many many years after the people were conquered by Rome and dispersed throughout the nations.   Today, the land of Israel, which had been barren for centuries, is a leading producer of agricultural products, exporting food to many countries. This prophecy also has been fulfilled symbolically with the worldwide spread of Christianity. Christianity, which began with Jesus in Israel, now has about 2 billion followers worldwide.

6. Trees again would grow in Israel


I will make rivers flow on barren heights,  and springs within the valleys. I will turn the desert into pools of water,  and the parched ground into springs.  I will put in the desert   the cedar and the acacia, the myrtle and the olive. I will set junipers in the wasteland,  the fir and the cypress together,  so that people may see and know,  may consider and understand, that the hand of the Lord has done this,  that the Holy One of Israel has created it. Isaiah 41:18-20

The lack of available water, including rain, is one reason why Israel had been a desolate, unproductive land during much of the past 2000 years. But, during the 1900s, when many Jews returned to their ancient homeland, they built a network of irrigation systems. And during the past century, more than 200 million trees have been planted in Israel.

7. An Increase in Knowledge and Travel


But you, Daniel, roll up and seal the words of the scroll until the time of the end. Many will go here and there to increase knowledge.” Daniel 12:4

Think of what Daniel must have thought of this prophecy. At that time the fastest way of travel was on a camel or horse. His idea of knowledge increasing was probably more scholars, schools, and books. There's no way he could have forseeen jet airplanes, Rockets that travel at the speed of light, or the Internet!

Awesome, eh?  I could list several more, but if you're interested, there are many great books on Biblical Prophesied fulfilled.  Just type Biblical Prophecy Encyclopedia on Amazon and look around.

Next week, I will post my favorite prophecies fulfilled. Those that foretell the coming of the Messiah (His first coming)  If you don't believe in Jesus after reading these, you are brain dead.