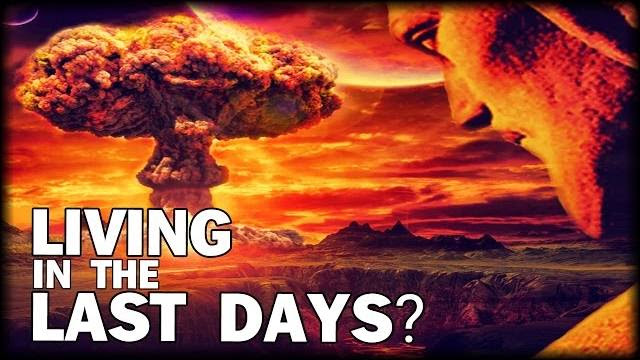 Greetings, Precious children and warriors of the Most High. Yes, that's what you are, whether you feel like you are or not. Why? Because the fact that you are here reading this means you are one of the few believers actually watching for our Lord's return and are excited about it!  Which means you are probably a prayer warrior and in love with Jesus!
Here's the latest and greatest of our sad world's condition. Don't let it alarm you!

Things that stood out to me
And as I mentioned on Facebook, I keep hearing from officials and newscasters and police that they are praying for the families and victims. (Which is, of course, wonderful)  But didn't we take prayer out of school? Why is it acceptable to pray for them now, after the fact? Perhaps if we had kept prayer in school, we wouldn't have to pray for these victims at all because there wouldn't be any.

A.I will be billions times smarter than humans and we need to merge with it
New wave of crackdowns on toxic posts on Facebook
Scientists grow human eggs to full maturity outside the womb
Amazon moves into healthcare industry
Climate change activists go after large families
Death of Democracy in Europe. Rise of Islam
The Fake news crusade to protect you from free speech

Churches who affirm LBGTQ add rainbow glitter to Ash Wednesday
Megachurch pastor under fire for his 250K car
Video on the Apostate church. Please watch if you have time.

Scripture signs removed from High School Choir room following complaint
Women on "The View" warn Mike Pence's faith is a dangerous mental illness
Pastor faces death threats for offering to help a teen  struggling with homosexuality
9 churches burned to the ground in Nigeria
Teacher fired for saying "God loves you"
LBGTQ protestors shut down invited talk at college by Christian radio host and author
Christian evangelism faces new challenges as anti-conversion laws spread
Teacher fired for Biblical views loses her Discrimination lawsuit
16,000 Christians dead in Nigeria in less than 3 years
Ken Ham event at Oklahoma university cancelled due to LBGT complaint but they are sponsoring a Drag Queen and safe-sex carnival
You might be considered a terrorist if this new bill passes

Angels watched over mother who wandered in the woods after a near-fatal car wreck
Trump at National Prayer breakfast: America needs faith in God to be a great nation
Have NASA Scientists discovered Heaven 6 Quadrillion miles away?
Bermuda reverses decision on legalizing same-sex marriage
Demons laughed at this man when he spoke Scripture outloud  (I know, doesn't sound like good news, but read it, it is!)

Have a very blessed weekend and don't forget to keep looking up!