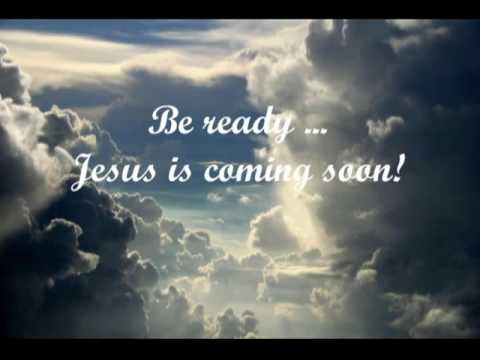 Greetings, precious warriors of the Most High!  Sorry to report another week of crazy, insane, and evil news items that were all predicted in the Bible and some by Jesus Himself thousands of years ago. We really live in exciting times!. Think about it. Christians for thousands of years have been looking for the signs that we see today. Yes, some have falsely predicted when the Lord would come, but I guarantee they didn't have the incredible convergence of signs that are currently happening. In particular, Israel being back in their land. You see after Jesus comes for His church, God turns His attention back to His people, Israel, for one final period of 7 years.  The time of Jacob's trouble. Jeremiah 30:7.

Anyway of note this week:

Netanyahu states he WILL act against Iran, not just her allies in the region as Iran increases its presence in the middle east
Israeli troops kill 2 in Gaza after a blast wounds soldiers
Petition to raise Israeli flag on Temple Mount signed by Israeli minister
With new peace plan in the works, President Trump plans to pressure Israel
Hezbollah threatens Israel
Israeli airforce strikes 6 targets in Gaza after border attack
Hezbollah could fire 500,000 rockets at Israel
Lebanon threatens all out war against Israel!
Israel and Iran face off in Munich over the fate of the Middle East
Iran's war intensifies with Israel

Mom in North Carolina jailed for baptizing her 2 year old daughter
Women on "The View" think it's a mental illness if Jesus talks to you. I know I posted this last week but it still astounds me. By their definition, I'm definitely mentally deranged.
Hundreds of Millions (Yes millions) of Christians are facing persecution across the world
Teacher receives 3 year suspension for calling homosexuality a sin on facebook
Kentucky school district "alters evidence" of discrimination against Christian club
Atheist force school to remove musical Bible quotes
The most severe crackdown on churches in China in decades
Atheist group demands removal of courthouse Scripture mural
Apple Updates to Iphone removes Easter from Calendar

Artificial intelligence and the Coming Global Government
Scientists create sheep-human hybrids
Human beings on the brink of achieving immortality by 2050. (We are already immortal, silly Scientists!)

Time is running out. If you don't have a relationship with Jesus, then you are walking in darkness. There is a reality outside of this world that is more real than you can imagine. (Think the Matrix).  Jesus loves you and died for you so that you could be set free from the deceptions of this world and spend eternity in a place so wonderful, words cannot describe. If you want to know how to be saved. Click Here.