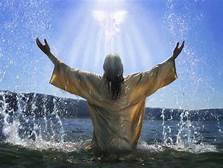 I'm continuing my series on prophecies in the Bible that have been fulfilled with some of the most exciting and convincing prophecies of all. If skeptics would truly take the time to examine each of these prophecies, they could come to no other conclusion than Jesus is truly God and the Son of God as He said, and that He came on a rescue mission to save mankind from the clutches of the enemy!

Don't be dismayed by the length of this post. Most of it you can scan through and go back later if you want to do more study.  Here are a list of 24 Incredible prophecies from the Old Testament that Jesus precisely fulfilled!

1. Jesus would be born in Bethlehem

Prophecy: Micah 5:2
“But you, Bethlehem Ephrathah, Though you are little among the thousands of Judah,Yet out of you shall come forth to Me the One to be Ruler in Israel, Whose goings forth are from of old, From everlasting.”

Fulfilled:  You know the story. In fact to this day people flock to Bethlehem to see the birthplace of Christ.

2. Jesus would be born of a virgin

Prophecy: Isaiah 7:14
Therefore the Lord Himself will give you a sign: Behold, the virgin shall conceive and bear a Son, and shall call His name Immanuel.
Fulfilled: Matthew 2:1. Luke 2:4-6

3. Jesus would come from the line of Abraham, Isaac and Jacob

Prophecy: Numbers 24:17
“I see Him, but not now; I behold Him, but not near; A Star shall come out of Jacob; A Scepter shall rise out of Israel, And batter the brow of Moab, And destroy all the sons of tumult
Fulfilled: Matthew 1:2

4. Jesus would come from tribe of Judah
Prophecy: Genesis 49:10
The scepter shall not depart from Judah, Nor a lawgiver from between his feet, Until Shiloh comes;
And to Him shall be the obedience of the people.
Fulfilled:  Luke 3:33

5. Jesus would be an heir to David's throne
Prophecy: Isaiah 9:7
Of the increase of His government and peace There will be no end, Upon the throne of David and over His kingdom,To order it and establish it with judgment and justice
Fulfilled:  Luke 1:32-33

7. A massacre of children would occur at Jesus' birthplace
Prophecy: Jeremiah 31:15
Thus says the Lord:

8.Jesus would be rejected by His own people
Prophecy: Isaiah 53:3
He is despised and rejected by men, A Man of sorrows and acquainted with grief. And we hid, as it were, our faces from Him; He was despised, and we did not esteem Him.
Fulfilled John 1:11

9. A messenger would prepare the way for Jesus
Prophecy: Isaiah 40:3-5
The voice of one crying in the wilderness:
“Prepare the way of the Lord;
Make straight in the desert[a]
A highway for our God.
Fulfilled:  Luke 3:3-6

10. Jesus would be a prophet
Prophecy: Deuteronomy 18:15
“The Lord your God will raise up for you a Prophet like me from your midst, from your brethren. Him you shall hear,
Fulfilled:  Acts 3:20-22

11.Jesus would speak in parables
Prophecy: Psalm 78:2
I will open my mouth in a parable; I will utter dark sayings of old,
Fulfilled: Matthew 13:10-15

14. Jesus would be spat upon and struck
Prophecy: Isaiah 50:6
I gave My back to those who struck Me, And My cheeks to those who plucked out the beard;
I did not hide My face from shame and spitting.
Fulfilled: Matthew 26:67

15. Jesus would ride into Jerusalem on a donkey (more on that at the end!)
Prophecy: Zechariah 9:9
“Rejoice greatly, O daughter of Zion! Shout, O daughter of Jerusalem!Behold, your King is coming to you; He is just and having salvation, Lowly and riding on a donkey,A colt, the foal of a donkey.
Fulfilled: Matthew 21:6-9

16. Jesus was crucified with criminals
Prophecy: Isaiah 53:12
And He was numbered with the transgressors, And He bore the sin of many,
Fulfilled:  Matthew 27:38

18. Jesus's hands and feet would be pierced
Prophecy: Psalm 22:16 (long before crucifixion was even known)
For dogs have surrounded Me; The congregation of the wicked has enclosed Me.
They pierced My hands and My feet;
Fulfilled:  John 20:25-27

19. Soldiers would gamble for Jesus's clothing
Prophecy: Psalm 22:18
They divide My garments among them, And for My clothing they cast lots.
Fulfilled: Luke 23:34

20. Jesus's bones would not be broken (a common practice during crucifixion)
Prophecy: Psalm 34:20
He guards all his bones; Not one of them is broken.
Fulfilled: John 19:33-36

21. Jesus's side would be pierced
Prophecy: Zechariah 12:10
“And I will pour on the house of David and on the inhabitants of Jerusalem the Spirit of grace and supplication; then they will look on Me whom they pierced.
Fulfilled: John 19:34

22. Jesus would be buried with the rich
Prophecy: Isaiah 53:9
And they made His grave with the wicked—But with the rich at His death,
Because He had done no violence, Nor was any deceit in His mouth.
Fulfilled: Matthew 27:57-60

23. Jesus would resurrect from the dead
Prophecy: Psalm 16:10
For You will not leave my soul in Sheol, Nor will You allow Your Holy One to see corruption.
Fulfilled:  Matthew 28:2-7

24.  Jesus will ride into Jerusalem on this day! This one is a really interesting one. God through the prophet Daniel told us the exact day Jesus would enter Jerusalem on a donkey and hailed as King the week of His crucifixion!

“Know therefore and understand, That from the going forth of the command
To restore and build Jerusalem Until Messiah the Prince,
There shall be seven weeks and sixty-two weeks; The street shall be built again, and the wall,Even in troublesome times. Daniel 9:25

There are plenty of articles on this on the web, but I will do my best to summarize this here. A "week" here is a 7 year period of time.  Daniel says that from the moment a command is issued to rebuild Jerusalem until Jesus comes there will be a certain period of time.

The Bible uses 360 day years for prophecies and expects us to add the appropriate 'leap months' on schedule.  So, the easiest way to unravel this prophecy is to first convert this prophecy into days:

Now, when was the "command to restore and rebuild Jerusalem" issued?  Remember Daniel was a captive in Babylon at this time. (530 BC)

On March 14th, 445 BC, as confirmed by modern archaeology, King Artexerxes I of Persia issued the commandment to rebuild Jerusalem and specifically included its wall.

If you do the math, from March 14th, 445 BC + 476 years = Nisan 10, 32AD (April 6th in our calendar)
Do you know what happened on that day?  Jesus made his triumphant entry into Jerusalem, riding on a donkey. (Palm Sunday) It was the only time he allowed the people to honor him as King!

If that doesn't convince you the Bible is real and Jesus is the Son of God, nothing will!

Some people might say that all these prophecies aren't right because I'm using the Bible to prove the Bible. At first glance, it may appear that way. However we know from extra-Biblical sources that Jesus did live, that He was born in Bethlehem and that He died by crucifixion in Jerusalem.  The historian of the time, Josephus, along with many recovered letters between Roman officials proves this, along with many other details about Jesus and His followers.

However, even it that were not the case, the prophecies about Jesus were written Hundreds of years before He was even born. Yes, Jesus knew the prophecies. Could He have then orchestrated his life so He could fulfill each one? Some of them, maybe. But how could He possibly have planned the following ones:

I've listed here only a small bunch of the 100 or so prophecies of Jesus's 1st coming. You can google it yourself. Here's a great article too.

The religious leaders in Jesus's day knew the Scriptures forward and backward. It makes you wonder how they could have missed Jesus. He was fulfilling each prophecy one by one in front of their eyes, and they couldn't see it. Which also makes me wonder how many of our religious leaders today are missing the signs of His second coming?

For every prophecy about Jesus's first coming, there are FIVE about His second coming. Yet, the organized church seems to have ZERO interest in them or in looking for His soon return. What a shame.

Want to know more about becoming one of God's precious children?