Passover, the Rapture, and how exquisitely precise is our God! 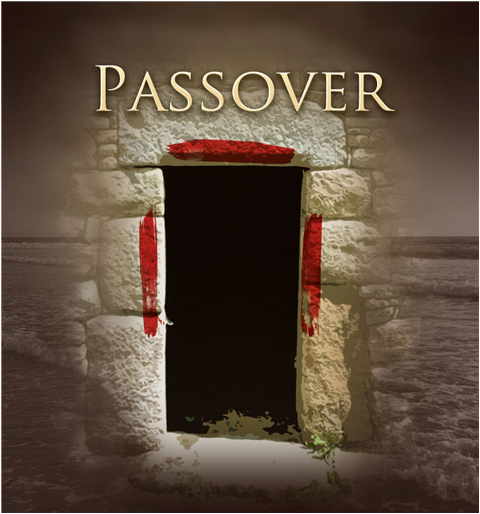 Most of us "gentiles" whom the Lord in His great mercy has saved through His extreme grace, seem to forget that God chose the Jews first. They were to be His chosen people...the priests and kings who told the rest of the world about God's love. However, once they rejected Jesus, the baton passed onto the gentile world. Does that mean we are better than the Jews? NO. Does that mean we have replaced them? NO. Does that mean God is done with them? NO.  In fact, Israel is still the apple of God's eye, and the Jewish people are still His elect ones. Paul tells us in Romans 11 that we are only grafted onto the vine that is Israel.

The early Christian Gentiles celebrated the Jewish feast days right along with their Jewish brothers and sisters. These feast days are not just celebrations or times for reflection, but they are God's special appointments with man. The Hebrew word moed for feast actually means appointment. (You can find a description of these in Leviticus 23) They are NOT only for the Jews, but for all those who believe in God and especially those who've been grafted into the Jewish vine. Yet, so few Christians are even aware of these feast days. Instead, we celebrate pagan festivals that have nothing to do with God. But I digress.

Every feast or appointment that God ordained the Jewish people to keep points to Jesus and God's salvation plan. Every one of them! That's why God wanted His people to keep them. They were rehearsals for a future event! There are 7 major feast days. The first four, which occur in the Spring, Jesus fulfilled on the exact day. Because we just celebrated Easter and are currently celebrating Passover, I thought I'd give you a day by day description of the first Passover and how Jesus fulfilled every aspect of it.

The children of Israel had been enslaved in Egypt for 400 years.
God sent Moses to deliver them out of bondage.

Nisan 10  (Nisan is the first month of the Jewish calendar) The Jews were to take an unblemished lamb from among the flock and keep it in their home for 4 days. (Exodus 12:3-6)


How Jesus fulfilled
Exactly on Nisan 10, Jesus rides into Jerusalem on a donkey. This is our Palm Sunday. It is four days before He will be killed and a week before He will rise again. Jesus, of course, knows all this, but He enters the city and the crowds wave palm branches and worship Him.  The people are quoting from Psalm 118, which was to be read every day during Passover week and is all about the Messiah.(I encourage you to check it out!)

For 4 days, the Jews were supposed to keep the lamb with them in the house and inspect it for any blemishes or faults.

How Jesus Fulfilled - Nisan 10-14
On the 11th of Nisan, Jesus clears the temple of the money changers.
On the 12th of Nisan, Jesus curses the fig tree (symbolic of Israel and their rejection of Him)
On the 12th-13th Jesus is examined intensely by ALL the sects of Judaism. This is recorded in the Gospel of Mark.

In 11:27 it is the elders, scribes, and chief priests, who ask 'By what authority do you do these things?'
In 12:13 it states Pharisees and Herodians examined Him through v17.
In 12:18 it states then came Sadducees to Him asking their questions.
In 12:28-33 a wise scribe came to examine Him, asking, "What commands are most important?" Jesus replied:
"Hear oh Israel, the Lord our God is One Lord. (Hebrew, one like a team, not one like a lone pencil) And you shall love God with all your heart, and with all your soul, and with all your mind, and with all your strength, and the second is like it, which is to love your neighbor as yourself. There is no other commandment greater than these."

Jesus had been examined by every sect of Judaism and no flaw was found. Pontius Pilate would later only further endorse this by saying:  "I find no fault in this man!" (Luke 23:4, John 19: 6)


Nisan 14: Exodus 12:6 says they killed the Passover "between the evenings" which is 3pm, on the 14th. They ate the meal at 6pm, which was the start of the next day (15th) because the Jewish day starts with sundown.  They were to spread the blood of the lamb on the doorposts and lintel of the house (Forming a Cross!)  and they were NOT to leave their house until morning. Why? The Cross of Blood protected them from the angel of death. Exodus 12:29 says following that 6pm meal, at midnight - the 15th now, the Lord executed the firstborn of Egypt.

How Jesus Fulfilled
Nisan 14: Jesus dies on the cross at exactly 3:00 pm. The exact time the priests in the temple were slaughtering the Passover lamb.

Nisan 15: The Jews left Egypt, made a detour to get Joseph's bones, and camped that night at Ethan
Nisan 16: The Jews make it to the Red Sea. Pharaoh and his armies are coming straight for them

How Jesus Fulfilled
Nisan 15-16th. Though we don't know much about Jesus's time before the Resurrection, we know that He traveled to Hades, preached to those imprisoned there, retrieved a set of keys and led the righteous captives back to heaven.  (1 Peter 3, Ephesians 4)

Nisan 17:  God parts the Red Sea during the night and at dawn on the 17th, the Israelites pass through from death to life, from bondage to freedom, from the old life to a new life. Their enemies are swallowed up by the sea and destroyed.

We are also called First Fruits!
But now Christ has been raised from the dead, the first fruits of those who are asleep.  For since by a man came death, by a man also came the resurrection of the dead. For as in Adam all die, so also in Christ all will be made alive. But each in his own order: Christ the first fruits, after that those who are Christ’s at His coming, 1 Corinthians 15:20-23


There's a very interesting resurrection passage stuck right in the middle of the crucifixion story
Then, behold, the veil of the temple was torn in two from top to bottom; and the earth quaked, and the rocks were split, and the graves were opened; and many bodies of the saints who had fallen asleep were raised; and coming out of the graves after His resurrection, they went into the holy city and appeared to many. Matt 27:51-53

This blows my mind!  Saints who had died, suddenly rose from the dead, came out of their graves and wandered around Jerusalem, appearing to many. It says "many" saints. Have you ever thought about this? You're sitting around the dinner table in your home relaxing and eating with family when all of a sudden the door swings open and Grandma, whose been dead for 20 years, suddenly walks right in, sits down, and joins you! We hear no more about this incredible event, nor what the people of Jerusalem thought about it.  So why is it in here? Why did God also raise these saints at the precise time Jesus died?

Could this be a preview of coming attractions one year on Passover? Could Jesus fulfill the Feast of First Fruits one last time when He comes to resurrection His Bride?  I guess time will tell.   (And by the way, Passover and the Feast of Unleavened Bread doesn't end until this Saturday, April 7th)

It amazes me how precise our God is. All His appointments have been or will be completely fulfilled to the precise minute by Jesus!  If this doesn't convince you God is real, that He has a plan, that He is in complete control and that He loves you, nothing will!