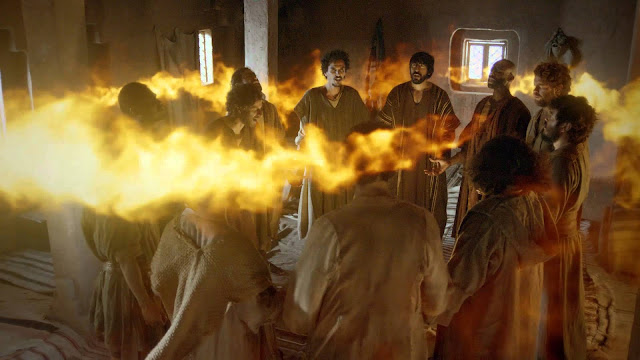 I am NOT setting a rapture date!  Please don't be alarmed, upset, and turned off.  Please do not quote me the Scripture that says "No man knows the day or the hour".  If you examine that passage in context, I believe it's plain that Jesus was referring to His second coming, not the rapture. In addition, Scripture always confirms Scripture and in 1 Thessalonians 5:4-5 , Paul said that the true children of God would know the day of the rapture! Anyway, I digress.

The September 23rd, 2017  Revelation 12 Sign was real. I've studied it from every angle and listened to various theologians and end times experts who have studied it in far more depth than I. It happened. It was the exact SIGN described in Revelation 12:5.  What is a sign? It points to something coming up soon!.

If you follow my blog, you know I have a keen interest in the Jewish Appointment days that are described in Leviticus 23. For many years, I simply browsed over these festivals and feasts with a yawn, thinking they had nothing to do with the present church age. I couldn't have been more wrong. These feasts and festivals are special appointments with God called holy convocations. The Hebrew word used is moed which means appointed time or meeting. God never told Israel to stop celebrating these feasts. The church has not replaced Israel, rather we are graciously grafted into the vine that is Israel. Hence, it is my personal conviction that these feast days are equally important to us!  Not only to join in with the celebrations, but because each feast has huge prophetic implications.

In Colossians 2:16-17 Paul tells us that these feasts days are "shadows of things to come"


I don't intend to go into each feast day here because I want to focus on Pentecost. However, by way of review, there are 7 holy feast days. 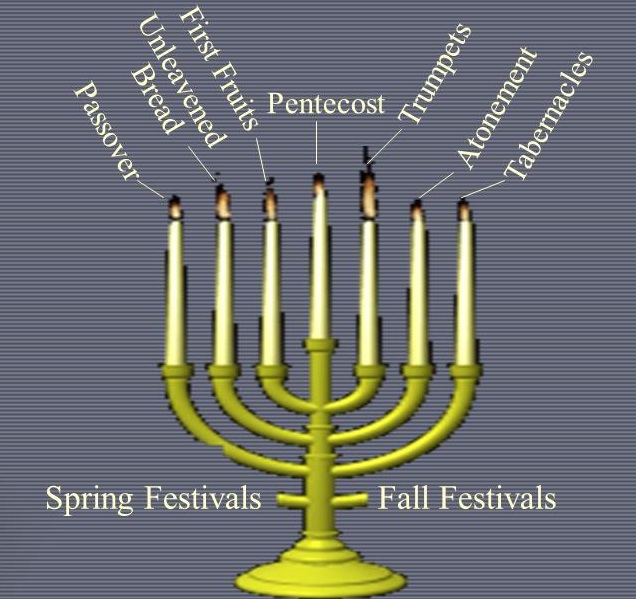 Jesus fulfilled the first 3 Spring Feasts on the EXACT day with His Crucifixion, Burial, and Resurrection. The Holy Spirit was given to believers on Pentecost, signifying the beginning of the Church!
It is reasonable to believe that the last 4 Feasts will be fulfilled by major events in the future.
However I want to focus today on Pentecost

Aside from Jesus's resurrection and His 2nd coming after the Tribulation, the rapture of the Church is the most incredible and magnificent event that will soon occur. Though it certainly doesn't have to happen on one of these feast days, I believe that it is important enough on God's calendar that it is highly likely. But which one? For years I believed Rosh Hashana was the feast. But after having studied Pentecost, I've come to change my mind.

Pentecost is the only one of the 7 feasts that has a direct relationship to the church
The Church began or "was born" on Pentecost.

Pentecost has a direct connection to a wedding
Today’s Jews celebrate it annually, in a ceremony called, “decorating the bride".To Israel, Pentecost represents the ceremony of the marriage between God and Israel. Passover (which precedes Pentecost by seven weeks) becomes the period of God’s courtship of His wife Israel.
We are the Bride of Christ!

Lifting of the Bread and FirstFruits
Pentecost is represented by two loaves of leavened bread, held aloft by the High Priest. In the Feast of Firstfruits, the Priests waved a sheaf of grain which was the first of the harvest. Jesus rose from the dead on the Feast of Firstfruits and went to Heaven to present Himself as the First Fruits from the dead to His Father.  In  1 Corinthians 15:20-23, Jesus is described as the Firstfruits, and each of us in our own turn after Him.  Hence the loafs of bread being lifted up represent the followers of Jesus going up in the rapture, made with grain that was harvested, ground, and baked representing our struggle here on earth!

The Trumpet Blast
Jews celebrate Pentecost as the day Moses received the Law on Mt Sinai 50 days after the Exodus. God sounded a trumpet blast, and they heard the actual voice of God.  We are told that in the rapture, we will hear a trumpet and a voice calling us home. Mount Sinai is the only place where we find a  heavenly trumpet recorded in the Old Testament.

Ruth and Boaz Rapture Connection
In synagogues, the Book of Ruth is read on Pentecost. The story of Ruth has been called “The Romance of Redemption.”  With Naomi in the role of Israel, destitute and alone, Ruth as the Church, the gentile bride, Boaz as the Messiah, and the story itself as a prediction of the relationship that would involve all three of them.  In the process of redeeming Israel, the Messiah takes a gentile bride. In doing so, He saves both from their destitute condition and restores Israel’s Land.  The story of Ruth takes place during the harvest at Pentecost

Enoch
Tradition states that Enoch, who was taken live (raptured) into Heaven before the Great Flood,  was both born and raptured on the day later to be known as Pentecost.

The Song of Solomon
(Did you know the Song of Solomon is a prophetic book about the bride of Christ and the rapture??)
My beloved spake, and said unto me, Rise up, my love, my fair one, and come away. For, lo, the winter is past, the rain is over and gone; The flowers appear on the earth; the time of the singing of birds is come, and the voice of the turtle is heard in our land; The fig tree putteth forth her green figs, and the vines with the tender grape give a good smell. Arise, my love, my fair one, and come away.
Song of Solomon 2:10-13
Notice how this depicts the rapture happening in the Spring!


The Early Summer Harvest
Throughout Scripture, Jesus compared the saints to wheat and the taking away of the saints to harvest time. Biblically, the harvest of early summer is often seen to typify the “harvest” or catching-away of the church, the season when grain and fruit crops come to maturity. Fruit is judged and stored. Wheat is now safe in the graineries of the land.

Judgement of the Fruit Trees
Traditional Jewish belief holds that Pentecost is the day when the fruit of trees is judged in heaven. Christians throughout the Church Age have believed that the fruit of one’s life will be judged following the rapture. The judgment Seat of Christ. (II Corinthians 5:10).

Micah
“ Woe is me! for I am as when they have gathered the summer fruits, as the grape gleanings of the vintage: there is no cluster to eat: my soul desired the first ripe fruit. The good man is perished out of the earth: and there is none upright among men: they all lie in wait for blood; they hunt every man his brother with a net” (Mic. 7:1, 2).

The Hebrew word for "gathered",  asaph, means “to remove, or take away", literally “to be gathered to one’s fathers at death.” “Perish” comes from the Hebrew verb avad, meaning, “to cause to vanish!” Describing the conditions that will prevail when righteous saints of this age are instantly transported from the earth at the rapture

Jubilee
Pentecost means 50 in Greek. The counting of fifty days (here seen as 49 + 1) from Firstfruits to Pentecost is typical of redemption in general. 50 is the year of Jubilee and always signifies deliverance and rest

Possible that the Church age will end on the day it began, both beginning and closing the Age of Grace.

If the church is raptured this Pentecost, then Israel would see her Messiah return on the 77th anniversary of her rebirth. (As you know, 7 is a huge number in the Bible)

Also another major event linked to this month is the opening of the US embassy in Jerusalem, signifying that the US declares Jerusalem to be the capital of Israel.

Add to all of this, the current condition of our world (See my Friday posts entitled Friday's Mad Mad World!), and well, I'm pretty excited. The timing, of course, is in God's capable hands, and the more time we have, the more people  can be snatched from the fire. Pray for the Lost! Pray that God will use you in these last days to rescue people from the darkness.  Keep going about your Father's business and keep your oil lamp filled! He's coming for a bride who has made herself ready. Are you?