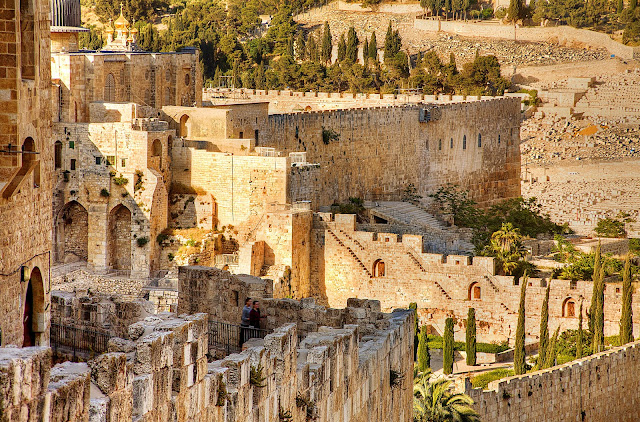 “Seventy weeks are determined
For your people and for your holy city,
To finish the transgression,
To make an end of sins,
To make reconciliation for iniquity,
To bring in everlasting righteousness,
To seal up vision and prophecy,
And to anoint the Most Holy.

“Know therefore and understand,
That from the going forth of the command
To restore and build Jerusalem
Until Messiah the Prince,
There shall be seven weeks and sixty-two weeks;
The street shall be built again, and the wall,
Even in troublesome times.
“And after the sixty-two weeks
Messiah shall be cut off, but not for Himself;
And the people of the prince who is to come
Shall destroy the city and the sanctuary.
The end of it shall be with a flood,
And till the end of the war desolations are determined.
Daniel 9:24-26

If you've studied Biblical prophecy at all, you've probably noticed that many times a particular prophecy will have fulfillment in more than one instance.  For example the foretelling of the Messiah coming has a dual fulfillment.

In the above prophecy, we see that once a decree was issued to "restore and rebuild Jerusalem", 69 weeks would pass and then the Messiah would arrive.  If we calculate 69 weeks of years from the time Artaxerxes issued that order in 445 BC, we arrive on the exact day Jesus rode into Jerusalem in His Triumphal Entry. I won't go into that here, but it's easy enough to verify online.  Here's a great article by Chuck Missler

Since Daniel's prophecy does not specify who gives the degree that initiates the 69 weeks of years, that leaves open the possibility that there might be two time periods for this prophecy to be fulfilled. Since Jesus has two comings, this is certainly plausible.

Now, it gets fun!  There was a second decree to restore and rebuild Jerusalem in 1535 AD when Sultan Suleiman the Magnificent, emperor of the Ottoman Empire, ordered that the walls of Jerusalem be rebuilt.  The Old City's current walls are these same walls he ordered to be rebuilt.

The Jews regained control of Jerusalem during the Sixth-Day War in June 1967, but during the war the Old city sustained significant damage. Hence in 1969, a third decree was given to restore and rebuild Jerusalem.  It's not well publicized and can only be found in a few newspaper clippings.

I'm not saying anything or making any predictions. I just thought this was really interesting and wanted to share it with you!