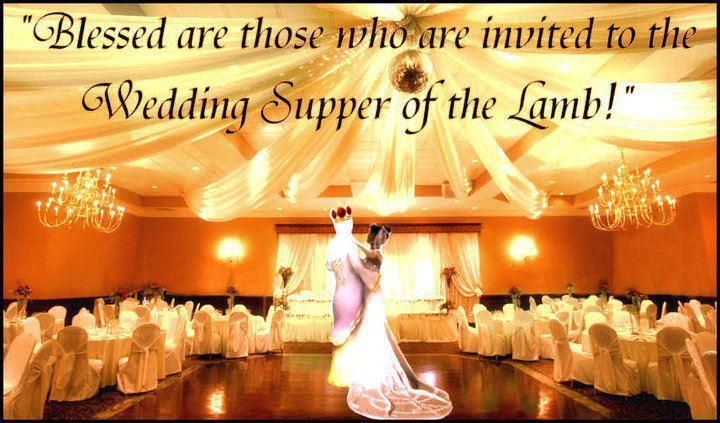 Greetings, Wedding Guests!  Instead of posting pictures of end times gloom, I'm going to start posting pictures of heaven to get us excited, because we are almost home.
This week as we wait behind enemy territory we find that our enemy is on the rampage as usual. He's really pushing his LBGTQ and now pedophilia agenda on the world (and on our children) as perfectly normal. Trouble is, when people embrace it, it leads them straight to hell.
Other things that are happening:

Ye are all the children of light, and the children of the day: we are not of the night, nor of darkness. Therefore let us not sleep, as do others; but let us watch and be sober.  1 Thess 5:5-6


Beware of cute Children's books with highly immoral messages!  I was looking for a book for my grandkids and found this one on Amazon's best-seller list with over 7000 5-star reviews and a cute little bunny on the cover. Thank God I dove a little deeper and discovered the story is promoting homosexuality as a valid lifestyle to Kindergartners!

Parents raising "theybies" allowing their kids to decide their gender
College class teaching students that heterosexuality is not natural
Scholar says Pedophilia is an unchangeable sexual orientation and should be accepted by society
Sex Robot human clones (Yes, you heard it here first.)

I wasn't sure what to classify this under, but this is really weird. Apparently when people typed in thet word DOG 22 times under Google translate from a weird obscure language into English, it would display an end times message saying Jesus is coming soon. I kid you not.  I tried it but it looked like whoever is in charge had taken it down.
Russian plunged into darkness for 3 hours


Israel and Wars and Rumors of Wars

IDF strikes deep in Gaza after troops come under fire - talk of 4th Gaza war
Putin tests nuclear-powered cruise missile with unlimited range just days after meeting with Trump
Iran warns Trump about "Mother of all wars"
A First: Israel fires 2 David sling interceptor missiles
Russian hackers reached our utility grid and could have shut down power
Tough threats between Trump and Iran... is war imminent?
Battle of Gog and Magog on the horizon?
Israeli Patriot missiles down Syrian fighter jet flying in Israeli airspace
Russia tests new nuke that could strike anywhere on the planet
CIA: China is waging a cold war against the US
Syria threatens to respond after Israel shoots down one of their jets
Israel draws red line with Russia
Trump's UN ambassador warns both Russia and Iran
Over 200 murdered in ISIS latest attack

This is an interesting article about how Israel is unprepared for major earthquake. Within it, you'll see that the person writing it says that a major earthquake could kill 7000 people. Why is that interesting? Because look what Revelation 11:13 says,
In the same hour there was a great earthquake, and a tenth of the city fell. In the earthquake seven thousand people were killed, and the rest were afraid and gave glory to the God of heaven

Another interesting  thing that happened: On the 9th of Av, (which in history was the day the First and Second Jewish Temples were destroyed), 1,440 Jews visited the Temple Mount.  Revelation talks about 144,000 Jewish evangelists spreading the Gospel in the Tribulation. Just thought it was interesting.

Facebook censors Pastor's powerful Patriotic message from 450,000 followers
Your smart TV is watching you
Facebook blocks painting of Jesus for being indecent
Democratic candidate wants to tax families who have more than 2 kids
How the New World Order weaponized social media to advance their agenda

Cathedral calls cops on man reading Bible stating: Sermon on the Mount is not allowed
Is the 2nd largest protestant denomination about to split?
Some evangelicals believe Mary has taken Jesus's place on the cross as they flock to France
Catholic Bishop says to turn churches into Mosques to save migrants