Want to hear from God about the big things? 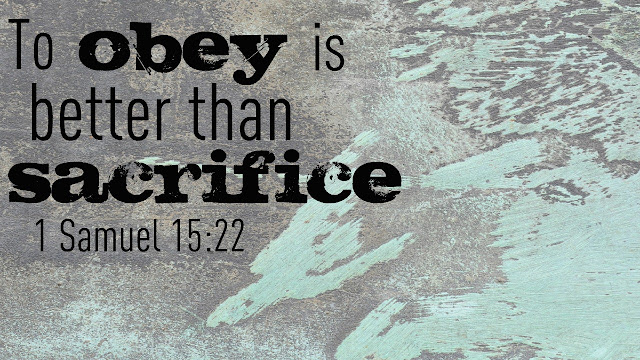 Do you ever wonder why God is sometimes silent? You ask Him for help with a certain situation, or perhaps you ask Him which job you should take, who to marry, or just wisdom for a situation in which you feel lost. Perhaps you're even asking Him for a job itself, more money, healing, a marriage partner, a child... whatever it may be, but months go by and you hear nothing. You may even begin to wonder if God is even there or does He care?

Yet you've heard from God before....you remember moments of great joy when His voice welled up inside of  you, giving you direction or simply pouring His love and peace upon you. So, where is he now?  The next few weeks, I'm going to share some personal things that have happened to me recently in which I've learned a bit about how God works. My hope is that it will help you as well!

Recently I was asking the Lord why He wasn't answering a question I've been asking Him for quite a while now, and He instantly brought to my mind two things.  Amazon and Eating. It took me a minute before I realized what He was referring to. You see, I have an Amazon problem. I order way too many things! I admit it. Mostly, I order toys and clothes for my grandkids, whom I love to spoil. But it's so easy. You go on there, do some searches, find some cool stuff and just click!  It magically arrives on my front porch in 2 days!  My husband makes fun of me because nearly everyday I get a package. It's like Christmas every day!  But the past 6 months or so, I've been hearing this voice... more like a perception inside of me saying "You spend too much money. You order too many things you don't need. It's become an obsession."  But I shrugged off the voice, thinking it was just a stupid thought. After all, I work hard, so I deserve to have fun, right?

Secondly, I love to eat. Who doesn't, right? I don't eat much during the day when I'm busy, but at night I always fix a good-sized meal for me and hubby, and I usually eat more than I should. Can I admit that to you and not have you condemn me?  I wouldn't say I'm a glutton and I'm not overweight, but I definitely overdo it. Lately, I've been hearing once again a voice inside saying, "You don't need that second helping!" UGH! Really?  But I ignored it.

So, now, when the Lord brought those things to mind, I suddenly realized that was Him giving me direction on my overspending and overeating. When I realized it, I immediately repented and have since stopped doing both. (HARD!)  But I believe what the Lord was saying to me was "Why should I answer a bigger request when you don't listen to me in the small things?"  And my mind went directly to the Scripture above and also to this one below.

His master said to him, ‘Well done, good and faithful servant. You have been faithful and trustworthy over a little, I will put you in charge of many things; share in the joy of your master Matt 25:23

I believe the Lord is intimately involved in every detail of our lives. He cares what we eat, where we go, what we watch, listen to, who we see, etc. He even cares where we spend our money. All these things have an effect on our lives. When we make Jesus Lord of our lives, that means we obey Him in everything, not just that we are going to heaven when we die. He knows what's best for us, and along the way in our lives, He's trying to get us to listen and obey. Not because He's some tyrant, but because He wants the best for us.  Let me give you a few examples.

This young girl wants to marry this guy she's madly in love with, yet through their relationship, she gets a nagging feeling he isn't right for her. She ignores it, marries him, and is miserable the rest of her days.

A young man loves to eat junk food and sweets. For years the Lord constantly tells him to avoid or limit these types of food. He ignores that inner voice and becomes addicted to sugar. 20 years later he dies of cancer and heart disease.

A woman loves to shop. She goes to the mall every weekend and buys new shoes and clothing. The Lord urges her to stop and be content with what she has and instead give that money to the poor. She ignores the voice and ends up getting so far into debt, she loses her home.

These may sound like drastic examples, but they are all true. The Lord is patient and He will speak to you for years on a certain topic, trying to get your attention. Yet, if you continue to ignore Him, He'll leave you to the consequences.

The main point I want to make is that if you want to hear from God, go back to the last thing He told you and obey Him. He's not going to give you further advice and guidance if you haven't even listened to Him on the small things. Once you start to obey Him in the small things, He will give you bigger things and lead you into more and more knowledge and revelation.  And believe me, it will be SO worth it!

Next week, a spiritual battle I've been having with fear. Until then..... God Bless you and yours!