Tell them not to be deceived! 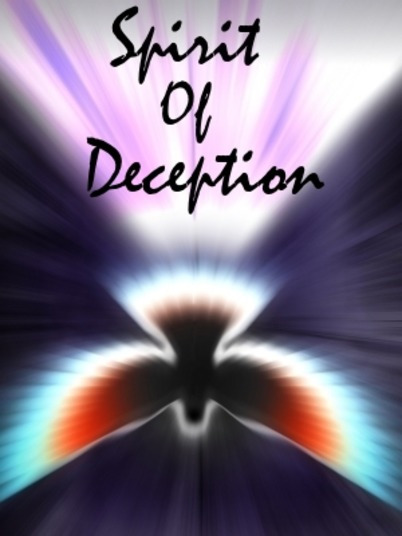 Every week I ask the Lord what He wants me to write about on Monday's post. Normally He will give me direction during the week or put something on my heart.  This week I kept hearing the word "Deception"

For we have made lies our refuge and we have concealed ourselves in deception.  Isaiah 25:15

The Scriptures give many warnings about deception, particularly in the last days. Jesus, Paul, and Peter adamantly warned against being deceived. Deception is believing a lie as though it were the truth. But what are we being deceived about today?

I can honestly say that in all my 59 years, I've never seen so much deception.

1. Deception in government. Those who lead us in the US are called public servants, yet most of them act like royalty and lord their power over us like they are elites. If you asked most Americans if they trust politicians to tell them the truth, I would wager over 90% would say no, they don't! In other words, don't pin your hopes on anyone in government, no matter how sincere and God-fearing they may seem!  Root for them, vote for them, if God leads, but always be cautious. Always look at their actions and see if they match their words

2. Deception in the media. This is the big one for me these days. When I was growing up, most people trusted the news to report what was happening accurately and without bias. It was their job to report the facts and only the facts. Today, news has become entertainment and most newscasters have an agenda which skews everything they report. They blatantly lie and exaggerate in order to force a deceptive narrative on the public to further their cause. Yet many people in America have no clue this is happening. They still watch the news as if it was real and full of facts. Unfortunately, this is what happened in Nazi Germany when Hitler took over. The people were deceived and then went along with this mad dictator. So, my warning to you is Don't believe the media. Some stations are better than others, but do your own research.

3. Deception in people.  I recently heard a poll wherein they asked people if they lie regularly and something like 85% said yes!  In other words, you can't even believe people most of the time. This is what happens when you take God and His commandments out of our culture. So, don't be gullible and believe everything someone says.

4. Deception in Church. This is another really important one. The other deceptions above won't necessarily send you to hell, but this one will. I've written other posts about the false theology taught in church these days: i.e. Once Saved, always saved, the sinners prayer, hyper-grace, no miracles today.. etc..  and I've received lots of angry comments, even though I back up everything I say with Scripture after Scripture. The problem is most Christians have been taught false theologies from the pulpit their entire lives and they trust their pastors more than they trust the Word of God. Their pastors may be wonderful God-fearing men who don't even know they are teaching the wrong thing, but that is no excuse. Don't put your trust in men! Put your trust in God.

Most Christians never open their Bibles during the week. They listen to a sermon on Sunday and then never think to check what the pastor said against the Word of God. Now, I'm not saying all pastors and all churches are teaching the wrong thing. I'm merely saying that I see a lot of it out there, and we need to be good stewards of God's Word!  We put far too much trust in our pastors and teachers. Yes, we should respect and honor them, but we should also verify everything they say!

There are, of course some who know they are not preaching the entire Word of God and they are doing it for personal gain: to get more church members and money. Or to avoid controversy.

Do you not know that the unrighteous will not inherit or have any share in the kingdom of God? Do not be deceived; neither the sexually immoral, nor idolaters, nor adulterers, nor effeminate, nor those who participate in homosexuality,  1 Corinthians 6:9

Do not be deceived, God is not mocked .He will not allow Himself to be ridiculed, nor treated with contempt nor allow His precepts to be scornfully set aside; for whatever a man sows, this and this only is what he will reap.  For the one who sows to his flesh, his sinful capacity, his worldliness, his disgraceful impulses, will reap from the flesh ruin and destruction, but the one who sows to the Spirit will from the Spirit reap eternal life.  Galatians 6:7-8

Timothy gives us a stern warning about the times we are currently living in:

For the time will come when people will not tolerate sound doctrine and accurate instruction that challenges them with God’s truth; but wanting to have their ears tickled with something pleasing, they will accumulate for themselves many teachers to satisfy their own desires and to support the errors they hold,  and will turn their ears away from the truth and will wander off into myths and man-made fictions and will accept the unacceptable.  2 Tim 4:3-4

My admonition to you. READ YOUR BIBLE.  Read it every day. Can you spare 15-20 minutes? Get alone with God and open the Word and ask Him to speak truth to you. Then you will not be deceived.

The coming of the Antichrist, the lawless one is through the activity of Satan, with great power and all kinds of counterfeit miracles and deceptive signs and false wonders, all of them lies, and by unlimited seduction to evil and with all the deception of wickedness for those who are perishing, because they did not welcome the love of the truth so as to be saved. Because of this God will send upon them a misleading influence, an activity of error and deception so they will believe the lie,  2 Thess 2:9-11

This Scripture should terrify every living person, whether you are a believer or not. There is going to come a day when God will send a great deception on mankind through the Antichrist. (I believe the stage is currently being set for such an event) Most of us think that could never happen to us. Yet, if we tend to fall for many other deceptions in the world and, more importantly, in the church, we leave ourselves very vulnerable to believing the greatest lie perpetrated on mankind. ESPECIALLY if you don't know the Bible!  Especially if you rely on your pastor for Biblical truth, if you rely on the media for facts on world events, if you rely on government to take care of you. Stop it!

Draw close to the Lord and ask Him to give you discernment and to keep you from deception. He will do so if you stay close to Him!

It is better to take refuge in the Lord Than to trust in man.  Psalm 118:8