(My normal Friday's Mad Mad World will be posted tomorrow on Saturday!)

Hi everyone, I'm very excited to announce that the next addition to my Legacy of the King's Pirates series, The Reckless, is finally here!  Although this is volume 6, you don't have to read the first 5 books to enjoy this one. However if you do enjoy this one, you might want to go back and check out the others. The Redemption is the first book in the series and the Ebook is only 99 cents!

In honor of this momentous occasion, I'm giving away three signed paperbacks!


Together they face mutinies, deserted islands, battles, and villains as they sail on a tsunami of adventure throughout the Caribbean in search of the Fountain of Youth! 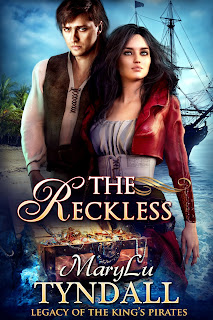 Captain Reena Charlisse Hyde always gets what she wants. She wanted to be the best female pirate on the Caribbean and she is. She wants to find the mythical Fountain of Youth and she knows the location of the map. And now after searching across the Caribbean for the man she intends to marry, she has found him. There are only two problems. He doesn't want to be found, and he's on board a Royal Navy frigate—the last place a pirate should venture.


Frederick Carlton thought he was finally safe from the woman who held his heart. But her attempt to rescue him labels him a deserter from the Royal Navy. He’s turned his life over to God and plans on being a preacher, but every moment he spends with Reena drives him deeper into a past he longs to forget.


Mutinies, deserted islands, treasure maps, battles, traitors, and villains send the couple sailing on a tsunami of adventure throughout the Caribbean in search of the Fountain of Youth. Frederick longs to escape the lure of the woman he loves. Reena longs for Frederick to love her again. But in the end, they will both have to choose between eternal youth or the lives of everyone they love. 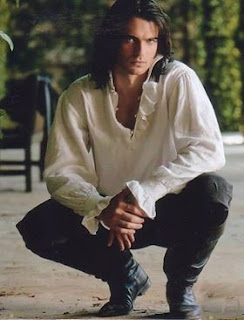 Frederick is the son of Captain Kent Carlton, an infamous and once-evil pirate who plagued the Caribbean. Born out of a violent act and illegitimacy, Frederick battles self-worth and the ability to do anything good with his life. Pirate blood flows strong in his veins, and he spent several years adhering its call with his lady love, Reena Hyde, by his side. Together they raided ships, acquired treasure, battled enemies, and loved each other immensely. But God's call on Frederick's life to preach the Gospel finally overcame the lure of sin, and Frederick left the life of a pirate, rededicated his life to God, and ran as far away from Reena as he could. 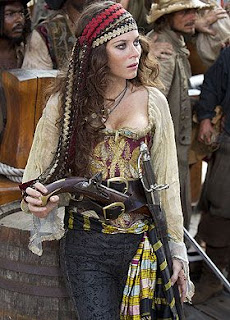 Captain Reena Charlisse Hyde will never give up on finding her one true love, Freddy. Even when the stubborn man has been hiding from her for over a year in the Caribbean. In truth, she intends to marry him, and she knows, despite his current disposition, he feels the same way. How could he not after the years of love and adventure they'd spend together pirating the seas!  As soon as she found him and they were together again, he'd give up his fool notion to become a preacher! Bah! What fun is there in a life of poverty and servitude? She'd seen her parents suffer all their lives under the strict hand of God. Nay, Freddy would see reason. Especially since she knew exactly where they could find the one and only map to the Fountain of Youth! Then they could sail these seas from one adventure to another, loving each other forever!


"Wow! What an exciting ride!... Once again author MaryLu Tyndall delivers a swashbuckling tale with plenty of intrigue and a heart-warming romance to boot!
~ Michelle Griep, award winning author of The Captured Bride and The Innkeeper's Daughter


Fountain of Youth Map. This map is split into 4 parts and hidden in various places across the Caribbean, which Reena and Freddy must find! 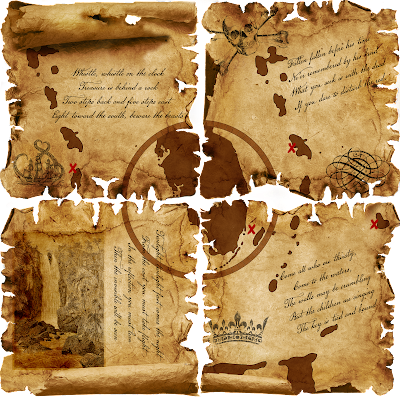 Purchase The Reckless From
Amazon
Barnes and Noble
Kobo
ITunes

Now, in order to enter your name to win one of three signed paperbacks (Sorry, US only) you must
Sign up for my newsletter (form to the right) or mention you already are signed up
And leave a comment below (or on this post my Facebook Author page) with your thoughts regarding any of the above information on the book.

I will announce the winners Saturday, August 25th.

Thank you all so much! Have a wonderfully piratety weekend!