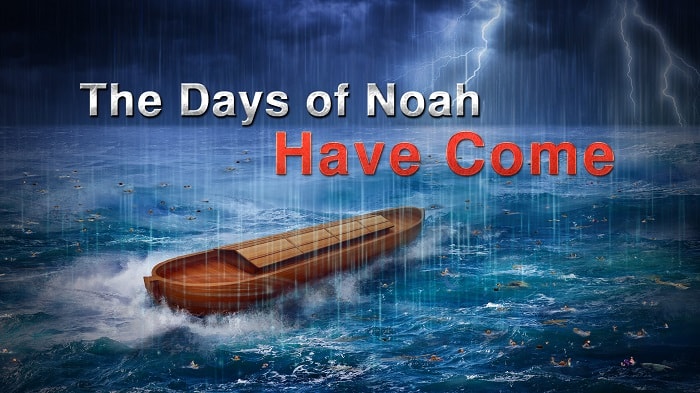 Jesus gives us many clues in the Gospel accounts of how things will be right before His return. One of the biggest clues He gives of the state of the world right before the rapture is His phrase "As the days of Noah were".  But what were these days of Noah? What does Scripture say about how things were at that time?  Let's examine more closely and in doing so, perhaps we can find comfort in knowing how close we are to seeing our Prince!

We find our answer in Genesis 6
Now it came to pass, when men began to multiply on the face of the earth, and daughters were born to them that the sons of God saw the daughters of men, that they were beautiful; and they took wives for themselves of all whom they chose.

Who are these sons of God? The Bible interprets the Bible, so I searched for that same phrase in Hebrew and found several instances in Job where it refers to angels.  For the sake of time, I will just list the references here and you can look them up.
Job 1:6, Job 2:1, Job 38:7
The term "sons of God" is also used in the New Testament to mean God's children but it's a completely different term than the one used in Genesis and Job.  The reason I'm going into such detail is because this was a huge part of the world in Noah's day.

Let's continue in Genesis
In those days, and for some time after, giant Nephilites lived on the earth, for whenever the sons of God had intercourse with women, they gave birth to children who became the heroes and famous warriors of ancient times. The Lord observed the extent of human wickedness on the earth, and he saw that everything they thought or imagined was consistently and totally evil.

So we see that one of the key factors in the depravity of Noah's time was this mixing of angel and human DNA. The book of Enoch gives us more insight into this situation. It even mentions some of the angel names who did this and how they taught humans witchcraft and sorcery and spells and how to work with iron and make weapons of war. I realize Enoch is not part of the Bible but it was quoted by both Jesus and the Apostles. It's quite a fascinating read, though I certainly don't treat it as Scripture.

Why is the mixing of angel and human DNA such a big deal?  Because these were fallen angels, doomed to hell and any human who carried their DNA could never be saved. Also, Jesus could never have been born through a defected human. Satan knew the Messiah was eventually coming to earth and he was doing his best to prevent that from happening!  Apparently the infection of human DNA had become so rampant that only one man remained who's blood had not been tainted. Noah.

This is the genealogy of Noah. Noah was a just man, perfect in his generations. Noah walked with God. And Noah begot three sons: Shem, Ham, and Japheth.
The earth also was corrupt before God, and the earth was filled with violence. So God looked upon the earth, and indeed it was corrupt; for all flesh had corrupted their way on the earth.

See that word "perfect" above as it described Noah?  That word in Hebrew means "without blemish or defect".  Of course it couldn't mean Noah was actually perfect because we find out later in Genesis that he did some bad things. So we realize this means that Noah's blood was pure.  God had to save him and his family in order for Jesus to eventually come through his line.  And in the meantime, God had to wipe out the fallen angels and their offspring the Nephilim.

So what happened to the Nephilim? The ones living at that time who endured the flood were killed. The fallen angels who caused this mess were chained up.

And the angels who did not keep their proper domain, but left their own abode, He has reserved in everlasting chains under darkness for the judgment of the great day; Jude 1:6

So, how can we ever have days like the days of Noah?

Because Nephilim blood survived!  One of Noah's sons or their wives must have been corrupted for the Bible says in Genesis 6:4

The Nephilim were on the earth in those days, and also afterward,

Afterward? Yikes! So where are they? I don't see any giants running around.  However there's tons of proof out there if you look for it. I believe there were giants around after the flood, but today I believe they've blended in, evolved into smaller beings as their DNA got passed on, so that they even look like us. There are many more pictures out there like this one, plus tons of proof. 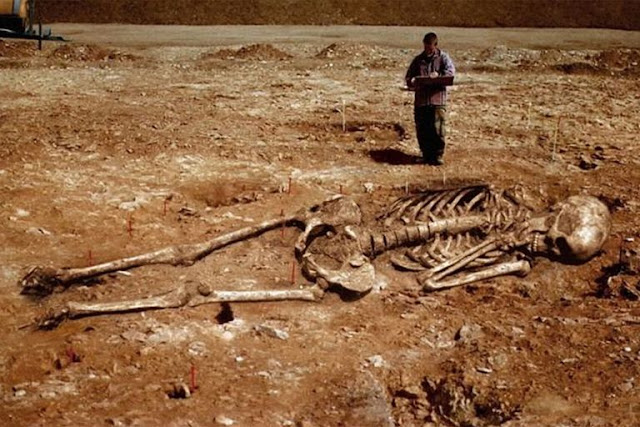 You may be thinking by now that MaryLu has finally drank the koolaid!  But I've given you Biblical proof that there are still Nephilim about. It is my belief they are in hiding and are also the ones behind such evil as Hitler, Stalin, Communism, Pedophilia, etc... and today the push toward Global government.  They may even be behind some of the evil we see in our own government. The Nephilim worship their master, Satan, and hence are looking forward to the day when he will rule. And they are doing everything they can to make that happen.

So are these days as in the days of Noah?  I'll let you decide. Here's a very informative video on the topic.

This is the first in a series:  Beginning and End: Bloodlines of the Nephilim

Great article about the topic about their existence today

Also Trey Smith has a great documentary on the subject.

Next week: Part 2 about the depravity of this generation.