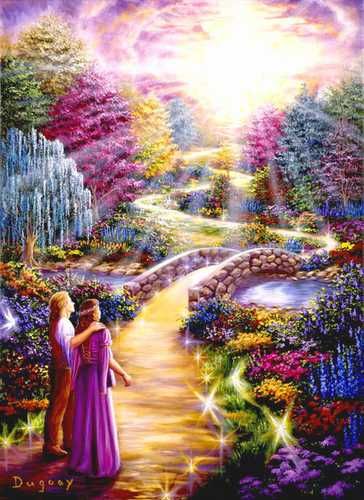 Dear Watchers. If you remember one thing this week, remember you are highly valued by God and very precious to Him!

Whew the elections in the US are over. But I actually predict the fighting has only begun. Time will tell. We are a divided nation of extremes and there is a very nasty spirit of Hatred stirring up the populace. Just what Satan wants.

As I mourned the loss of a family member this week, I received news that a good friend whom I met through my books also went to be with the Lord. Bonnie Roof, I love you and will see you soon!

More shootings, more quakes and storms, more saber rattling by nuclear nations, more people falling from the Truth, and more real Christians being persecuted. All in a week's work. See for yourself.

But we win in the end!!  I was angry at the devil this week and he and I had a little chat. More like I yelled at him. I told him to take his hands off my family, that he has no authority here, that my God who lives within me is GREATER than he'll ever be and Jesus has already won the victory over him and his slimy demons. So he'd better just turn tail and run because he's not going to win any of my loved ones over to his side. He's not! So give up now in the name of Jesus. I am a child of the living God and he better be afraid.

The reason I typed that out is that maybe you'd like to tell him the same thing.

Trump threatens to open fire on immigrants if they attack military
US militia groups head to the border
Iran President warns of  war as sanctions resume
The New Jihad - more threatening than ever
Biological warfare-genetically engineered viruses
US and Japan draw up war plans to fight for disputed island with China
French President calls for a European army to defend against China, Russia and the US
Canada joins effort to counter China with Asian warship drills
20,000 armed Muslims are attacking the border of Croatia in order to flood into Europe

Author claims humans will soon worship an AI god
DARPA pushes for FAA approval for military drones to fly over American cities
Two Muslim women elected to Congress... what does that mean for Israel?
China says it will move clouds and make it rain using satellites in horrifying weather control plan

Two martyred Christians tell Islamic persecutors that Christ is their Savior!
Islamic mobs demand death for Pakistani mother acquitted of Blasphemy charge
At least 7 Christians killed on bus attack in Egypt
Why does the mainstream media continue to ignore these mass Christian executions?
Priests in China arrested, forced to study Communism rules on religion, 12 churches seized.
Hulu show mocks Jesus as Pansexual and suggests hell is just a construct
76 Presbyterian children kidnapped in Cameroon near where a missionary was murdered
Christian schools told to teach LBGT agenda or be shut down
The annihilation of Iraq's Christian minority


Then the sovereignty, the dominion and the greatness of all the kingdoms under the whole heaven will be given to the people of the saints of the Highest One; His kingdom will be an everlasting kingdom, and all the dominions will serve and obey Him.