Is God a slaver and a misogynist? 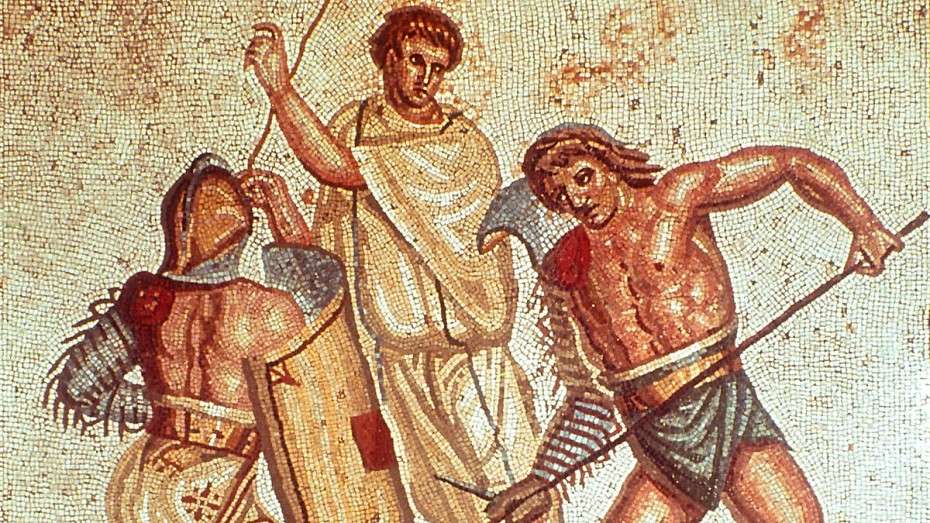 I recently had a discussion (well, more like an argument) with a person claiming to be an atheist.  I find it fascinating that people who don't even believe in God love to quote Scriptures completely out of context and use them as arguments that either God doesn't exist or He's a bully and not someone to follow.  I mean, why do they even care? And why get so angry about it?

Here's one of those Scriptures atheist love to use.

“If a man strikes his male or female slave with a rod and he dies at his hand, he shall be punished. If, however, he survives a day or two, no vengeance shall be taken; for he is his property."  Exodus 21:20-21

Wow. So, yes, if a person who doesn't know God were to read that Scripture, it sure sounds like God is saying that 1. He approves of slavery, and 2. He approves of beating your slave.

I must admit that one of the things that gets me furious is when people pull a verse from the Bible and come to a conclusion based on that one verse. This even goes for Scriptures we consider good and nice.  The truth is that for ANY Bible verse, we must read it


Which is essentially true of any written document. People could pull a sentence out of one of my novels and make the point that I'm a legalist or a homophobe based on that one sentence!  But I digress.

Hence, I'm going to explain the above verse as best I can and then cover another verse atheist love to use. I'm doing this for two reasons. One, so believers have an answer when a non-believer brings up these verses, and Two, in case a non-believer happens upon this post.

Context
The entire chapter in Exodus is a list of ordinances for the Jewish people that deal with slavery and certain crimes. The very first verse in that chapter says this

“If you buy a Hebrew slave, he shall serve for six years; but on the seventh he shall go out as a free man without payment."

So, in other words, slavery sounds like it was very different in those days than we think. Sounds like a person can buy a slave and only for a short amount of time.

If we read further, we discover that God demands good and fair treatment of all slaves. In verse 26, we see that if the owner of a slave knocks out the slave's tooth, the slave goes free. So, perhaps there could be a different interpretation to Verse 20-21 than we get at first glance.

Historical Context
We can easily see from the context of the entire Chapter of Exodus 21, that slavery at that time was not what we, today, think of as slavery. If we dive into the actual historical records, we soon discover that slavery was not based on ethnicity or skin color, AND most slaves were actually Hebrews themselves. Slavery was more of Indentured servitude, that is, a person would willingly become the slave or servant of another in order to pay off a debt.  Once that debt was paid, they were free to go. In fact, Hebrew slaves could work no longer than 6 years and must be released in the 7th year.

We also see from verse 5 of the same chapter that often Hebrew slaves loved their masters and didn't want to leave them. In that case, they were allowed to stay.

Other Bible verses about slavery

Masters, grant to your slaves justice and fairness, knowing that you too have a Master in heaven. Colossians 4:1

And masters, do the same things to them, and give up threatening, knowing that both their Master and yours is in heaven, and there is no partiality with Him. Ephesians 6:9

We can also list COUNTLESS Scriptures in both Old and New Testament which tell us that God wants us to love everyone and be kind to everyone and treat others as we would want to be treated. Therefore, to single out one verse and say that God condones either slavery or beating slaves is ridiculous.

Back to the Verse
We can see here that if a master beats his slave and the slave dies, the master is put to death. Okay, that sounds fair. Where people have trouble is if the slave doesn't die, the master is not punished. Why? Because the slave is his property. Ouch. That sounds bad. But in truth, it really isn't. All that means is that the slave is a slave in the first place because he owes the master a debt that he is working off. The slave is okay after a day or two, meaning he wasn't injured that badly, so any compensation for injuries would be nullified because of his debt. Nothing at all is said about the fight, how it started, whose fault it was, etc.

Of course the judges at the time would have to look at every individual case to determine what is fair. These verses are merely guidelines for them to go by.  Based on the context of the Scripture and the rest of the Bible, we know that God would never condone anyone beating another human being and not receiving just punishment.  I mentioned this verse above, but here it is below. From the same chapter.

It irks be to no end when people who've NEVER read the entire Bible pull out one or two Scriptures are start blaspheming my Lord!  Or worse, people who use one verse out of context to deliver another Gospel besides the one Jesus preached.

Okay, we've run out of time for now. Next week....  is God a misogynist based on the following verses?

As in all the congregations of the saints, women should remain silent in the churches. They are not allowed to speak, but must be in submission, as the Law says. If they want to inquire about something, they should ask their own husbands at home; for it is disgraceful for a woman to speak in the church 1 Corinthians 14:33

But every woman who has her head uncovered while praying or prophesying disgraces her head, 1 Corinthians 11:5