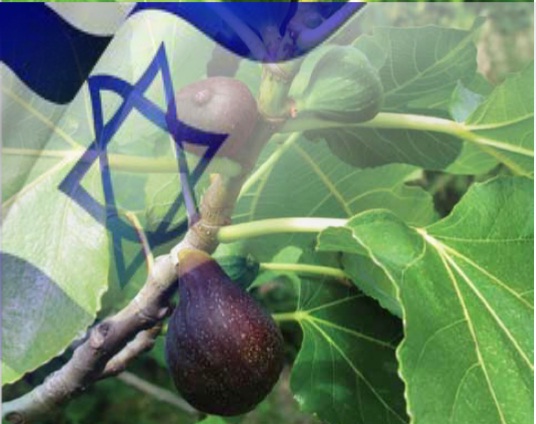 “Now learn the parable from the fig tree: when its branch has already become tender and puts forth its leaves, you know that summer is near; so, you too, when you see all these things, recognize that He is near, right at the door. Truly I say to you, this generation will not pass away until all these things take place. Heaven and earth will pass away, but My words will not pass away. Matt 24:32-35

Generation is the Greek word genea which means the entire multitude of people living at the same time.

Want to know what really irks me to no end?  That Most churches out there do not preach anything about end times. Not only that, but they fail to even discuss world events as they relate to prophecy or issue any warnings to the body of Christ to prepare for what is to come!!  Why? Fear. Fear of stirring up controversy, fear of losing church members, and hence fear of losing position, power, and money. We are indeed in the age of apostasy. Before you jump on my case, the Apostle Paul, Peter, John and all of the writers of the New Testament spoke often of the end of days. But I digress

Despite the lack of warning by many pastors, there are many prophets and watchmen out there issuing warning after warning. In addition many people are having dreams that Jesus is coming soon!  I'm very cautious about who I listen to and who I believe. Hence it becomes very difficult to weed the truth out of so many voices. Yet, there is one Prophet who I trust explicitly. One prophet who never lies, who knows the past, present, and future. That prophet is Jesus. So instead of looking for a word from men, let's see what Jesus says about the times we live in.

We've all heard the verse I listed above. In context, Jesus has just listed a multitude of signs that will happen to the entire world and to Israel specifically. Then he says that the generation that witnesses the blooming of the fig tree will be the generation that sees His return.

So, what is this fig tree? Why do Bible scholars believe it to represent Israel. I challenge you to look up all the instances of fig and fig tree in the Bible, and you'll be convinced of the same thing. Here's just a few instances

“Thus says the Lord God of Israel, ‘Like these good figs, so I will regard as good the captives of Judah, whom I have sent out of this place into the land of the Chaldeans. Jeremiah 24:5

On the next day, when they had left Bethany, He became hungry. 13 Seeing at a distance a fig tree in leaf, He went to see if perhaps He would find anything on it; and when He came to it, He found nothing but leaves, for it was not the season for figs. 14 He said to it, “May no one ever eat fruit from you again!”  Mark 11:12-14

Have you ever wondered about these verses in Mark? Why would Jesus curse a tree for not having fruit when it wasn't even in season?  Why was this story even in the Bible?  Because Jesus is referring to the nation of Israel. They have no fruit at the time of His first coming, but there will be a season later for it. This event happened just a few days before His crucifixion.

Let's examine this through Scripture.

As for the days of our life, they contain seventy years, Or if due to strength, eighty years,Yet their pride is but labor and sorrow; For soon it is gone and we fly away. Psalm 90:10

Interesting that the psalmist uses the term fly away here, which is translated from the Hebrew into exactly that.. fly away, flee, faint, to cover (with feathers or wings).  Hmm, sort of like God covering us with His wings.

70 years seems to be an important number to God in regards to a time of either punishment or a time period He allows for a nation or group of people to continue in their sin until He punishes them.

Then it will be when seventy years are completed I will punish the king of Babylon and that nation,' declares the LORD, 'for their iniquity, and the land of the Chaldeans; and I will make it an everlasting desolation. Jeremiah 25:12

The children of Israel were sent away in captivity to Babylon because of their sin for 70 years. At the end of that time, Daniel read the prophecy and started praying for God to bring them back to Israel, and God did!

Same thing happened in Tyre. God allowed them to continue for 70 years and then the city was destroyed.

Now in that day Tyre will be forgotten for seventy years like the days of one king. At the end of seventy years it will happen to Tyre as in the song of the harlot: Isaiah 23:15

Below Jesus Himself gives a "Generation" prophecy that has already come true. He just got finished chastising the Pharisees and Scribes for their hypocrisy and sin. And He continues...

Therefore, behold, I am sending you prophets and wise men and scribes; some of them you will kill and crucify, and some of them you will scourge in your synagogues, and persecute from city to city, so that upon you may fall the guilt of all the righteous blood shed on earth, from the blood of righteous Abel to the blood of Zechariah, the son of Berechiah, whom you murdered between the temple and the altar. Truly I say to you, all these things will come upon this generation Matthew 23:34-36

What is Jesus saying here? That prophets, wise men and scribes will come to them in the near future and they will persecute them heavily. Did that happen? Yes. After Jesus resurrected and went back to heaven, Christians were heavily persecuted throughout Israel and all over the known world. The last sentence is the one that is most alarming.   Jesus is saying that something terrible is going to happen to this generation.  But what?  Let's read on...

“Jerusalem, Jerusalem, who kills the prophets and stones those who are sent to her! How often I wanted to gather your children together, the way a hen gathers her chicks under her wings, and you were unwilling. Behold, your house is being left to you desolate! For I say to you, from now on you will not see Me until you say, ‘Blessed is He who comes in the name of the Lord!’”

What "house" is Jesus referring to?  The Temple!  That's the most important house in Israel and certainly the most important house to the Pharisees. Another reason we know Jesus was referring to the Temple was because in the very next verse which starts Chapter 24, His disciples were talking to Him about the Temple, pointing out how magnificent it was. And Jesus said,

And He said to them, “Do you not see all these things? Truly I say to you, not one stone here will be left upon another, which will not be torn down.”


So Jesus is telling the Pharisees that the Temple is going to be destroyed in their generation. When was the temple destroyed?

70 AD  when Rome sacked Jerusalem and burned it to the ground and didn't leave one stone on another. !

Back to the fig tree. If the Fig Tree represents Israel and Jesus said that when we see Israel put on its leaves.. in other words, become a nation again. (1948), then This Generation would witness His Return!  How many years has it been since Israel became a nation?  70 YEARS.

This is why I believe we are SO CLOSE!  This isn't from some book or some prophet,. This is from Jesus Himself. It doesn't matter if you believe in the rapture or not, or whether you're pre-post-mid trib. Jesus said OUR generation would see His return.

Could a generation be 120 years? No. Why? Because Jesus would have known how long people live in the last generation. He said the generation would not die and if we have to wait 120 years past Israel's rebirth, then most all of us would be dead. Could it be 80 years. Sure. It could be 80. And if so, we could have another 10 years. But remember 7 of those have to be the Tribulation based on the fact that Jesus said ALL these things would take place. And if you believe in a pre-tribulation rapture, then we only have 3 years tops before the Tribulation starts.  Check out this Life Expectancy Chart for the world

I like the number 70 for the reasons I listed above. Jesus called 70 a generation in Matthew 23, and it was used twice by God to declare a period of time for judgement or before judgement ensued.

I'm setting no dates. I'm merely saying we are very close and that we are the generation who will see the return of Jesus. He's coming! And it's not going to be longer than a few years away. Yet. so many believers have their head in the sand. They either don't want to know because they are enjoying their lives or they simply can't wrap their head around it. Either way, pastors should be speaking on this. They should be pointing out world events as they pertain to prophecy (This will increase the faith of so many!)  They should be warning people to get their lives right with the Lord, to get serious about sharing the Gospel with others, to prepare for persecution because we will probably have to experience some before we leave. God's people die for lack of knowledge. And most of them don't care.

Breaks my heart, and it breaks God's heart too.

“Be on guard, so that your hearts will not be weighted down with dissipation and drunkenness and the worries of life, and that day will not come on you suddenly like a trap; for it will come upon all those who dwell on the face of all the earth. But keep on the alert at all times, praying that you may have strength to escape all these things that are about to take place, and to stand before the Son of Man.”  Luke 21:34-35