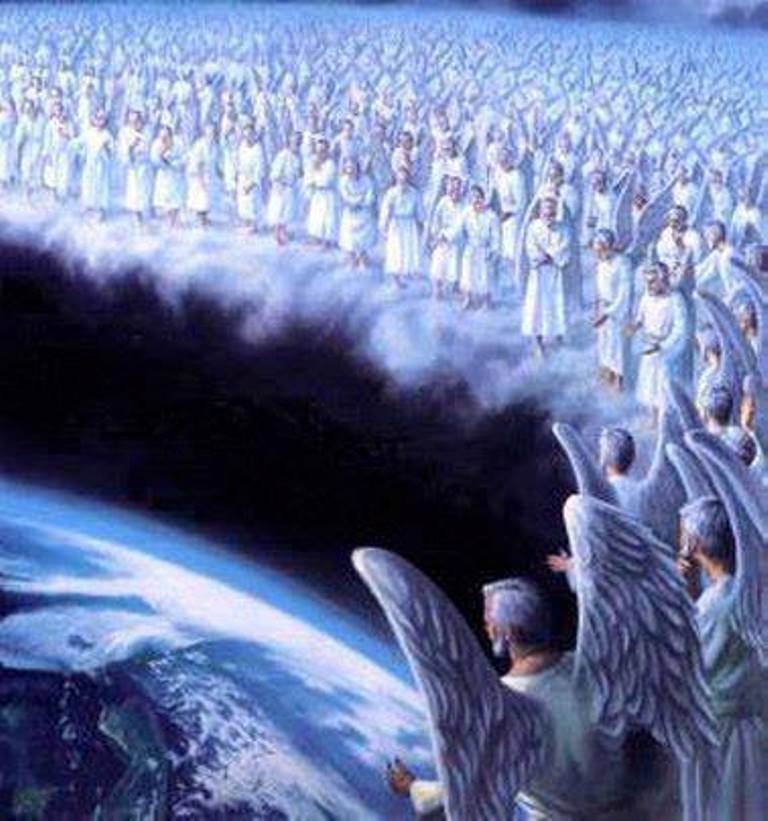 Greetings, beloved Saints!  The World has gone mad, indeed!  Just remember that things will get worse because our enemy knows his time is short. He's been viciously attacking my family as well. Stay the course, keep in prayer, fasting, and praising the Lord. We are on the winning side!  Our enemy fears us. Remember that.

Without going into great detail, my brother was viciously attacked this past week. He had a patch on his SWAT uniform that represented a conservative group trying to clean out the swamp in DC.  When he was on protection detail with VP Pence, Pence posted a picture of them together, but the patch was spotted by left wing activists and my brother, who has an exemplary record for 30 years, won many accommodations, put himself in danger thousands of times, worked his way through SWAT to become the commander, and loves this country, was relieved of duty, taken off SWAT, and his reputation maligned in a report full of lies. All because the patch he wore (All SWAT officers wear personal patches) was politically incorrect. My brother is a fighter and he is not giving up yet. Please pray for him and his family. His name is Matt.

This is what our country has come to. We have lost our freedom of speech and expression. Our forefathers would be horrified. Here in California, I'm afraid to put certain bumper stickers on my car for fear of being attacked. I have never felt that way before. Pray for America. Pray for the world. Pray that Jesus comes soon!

San Jose, CA's Christmas in the Park features a Satanic tree (This is where I live!)
Massive riots sweep through Paris in violent attacks

Popular Christian music artists claims she doesn't know if homosexuality is a sin
Between 6000-10,000 churches in the US are dying each year
Hyper-grace teaching continues to spread in US
One denomination drinks more alcohol than the others
Christian minister says chastity is unreasonable and don't judge people for random sex

Atheist attempt to remove Cross from Veteran memorial
Christmas songs with "Jesus" excluded from winter concert
Public school asked to remove wise men and star from Christmas decorations
Pakistan prime minister says history has no record of Jesus, urges the West to criminalize blasphemy against Allah
Texas city code could force churches to hire LBGTQ employees
Virginia teacher punished for refusing to use gender neutral pronouns
Principal bans Santa, Christmas carols, Jesus, and candy canes (candy canes? What did they do?)
Canadian Christians branded as "UnCanadian" for their religious beliefs
Professor says that the Virgin Mary was raped by God