Must read! What's happening in Germany from a source on the ground. USA is next if certain people have their way! 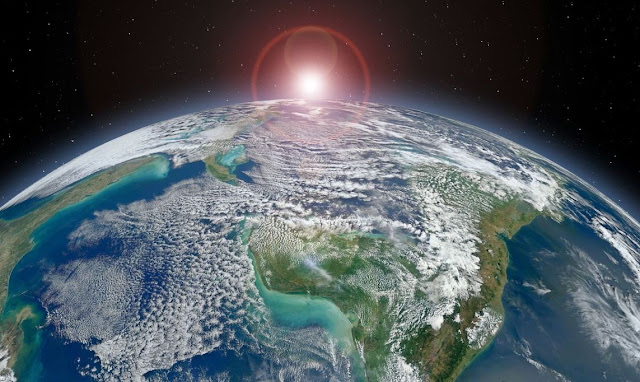 I'm sorry for the long post, but it's worth the read. Take your time and come back to it, if necessary.

I've been in contact with a lady in Germany regarding the situation over there and in Europe. Mind you, she lives in Germany.  This is stuff you won't hear on the MSM (Main Stream Media) at all. The only reason I know this is true is because the news outlets I trust have reported on it.  I asked her permission to post our conversations here for you to read over. It's long and I apologize, but it's very important to get the truth out there!  Why should we care here in the US?  Because the same forces that have and are destroying Germany and Europe are already here in our government and they are doing their best to do the same here.  You may already recognize many of the things this lady is describing as already happening here, albeit in much smaller doses.

Lady from Germany
We have generally now more censorship than China. It’s absolutely crazy, all these things are decided behind closed doors without any open and democratic discussion. We are being kept in the dark completely, unless one makes an effort to search alternative media. We are quickly falling into the dark ages in many areas here. There is no reporting on the countless killings by migrants, many of those should already be back in their home countries but laws are no more enforced here. Countless (mainly young girls but also) women of all ages raped (and some killed), stabbing in public places, beatings to death of us Germans. And when people rise and demonstrate, they are labelled the worst names...our (national and state) elections manipulated. The Greens (pedophiles) on the rise. German pensioners who have worked all their lives reduced to collecting deposit bottles to survive while houses are being built for migrants. Poor German families are increasingly homeless as migrants get preferred treatment. It is sickening. Childmarriages (which are common in Islam) are tolerated, even though actually forbidden. Germany and Europe are flooded by Islam and the governments are allowing it as they are scared by terrorist threats. And to keep people calm they have mow finally managed to cut off all independent journalism. Please pray for us over here.
Dear Marylu, please pray for us here concerning the migration and refugee agreements. I know the US and a number of other countries won’t sign either of them, which is good. But it trickles out that actually we were one of the main authors of these agreements, which was supposed to be kept secret and signed without our (the people’s) knowledge. Some of the details have leaked out, which has brought the opposition on the plan here.(we are to be completely replaced) I was just in Nigeria last week and I see the people‘s need there. They seriously believe Europe and especially Germany will be their salvation. But they are also just pawns in this evil scheming. The people that make it here don’t have a chance to get a job because they have no education. They end up in brothels or selling drugs. (I heard some stories which are just heartbreaking) The only ones making money are the traffickers and NGOs....

Here in Germany we used to have a system that would take care of pensioners and poor. Now the pensioners are increasingly taxed which forces them to find extra money to just survive. Poorer middle class families, just regular people, are increasingly homeless in cities like Berlin because real estate has sky rocketed. On the other hand houses (!!) are built for refugees but our own people are left to starve. It’s disgusting! All these people have worked to make this country flourish, the elderly have built up everything after the war, we should honour them not make them dig in the trash! As an example: one Syrian refugee family, a husband, 4 wives (polygamy is actually outlawed here...

Here's a recent update
Since I wrote to you last, there have been 3 more reports on independent media of stabbing, raping, killing, which could not be concealed before they leaked out. Nothing on the official news. Which means, there are likely much more as we hear of them only weeks later through independent media. In one report the police openly admits they kept the info confidential because they were afraid of demonstrations and repercussions in the dimensions of Chemnitz with its demostrations and peaceful marches of thousands (which resulted in the „free“ left wing concert and the firing of one of our high ranking officials, Maassen, for speaking the truth).

MaryLu: Can people home school their kids in Germany?

No, unfortunately homeschooling is not allowed here. Going to school is compulsory. There was a Christian family some years back who wanted to try it. They were put in jail and the kids were given to foster parents. Don’t know how that ended. All I can say from own experience when our kids were still in school, they also had a mosque visit on the agenda then, which was about 12 years ago. At the time I was able to keep them home, saying that while I don’t mind my kids hearing about the world religions (I personally think everybody should follow Jesus because of their own conviction because they see that there is no alternative. So I was not afraid of them learning about it and us having discussions about religion at home. They follow Jesus now because they chose it not because of mom and dad), I am very much against indoctrination (which is the case during these school mosque visits) as no visits to a church, synagogue or even some eastern temple was planned. The school was not too happy at the time calling me intolerant but I was able to do it. Now I read if parents want to keep their kids from going they are fined and in some cases the kids are picked up by the police and taken there if the parents refuse to let them go.
MaryLu Here: I encourage you to read this over again and to check out the links she included. We all must join together to pray for Germany and for all of Europe, for I fear we are next. The forces in the US who wish open borders, socialism, socialized medicine, free abortions...etc.. are the same forces that are destroying Europe.  They want to destroy civilization, democracy and freedom. Why? So they can take over and have power. Out of chaos, control!  And just like the media in Germany is corrupted and full of propaganda and lies, so is ours already. Don't believe what you hear in the news and on TV. Or on social media platforms. They are all part of the same antichrist system. This is the beginning of the great deception. Open your eyes, America!  And pray for Germany and for us!
Posted by MaryLu Tyndall at 12:30 AM