Prophectic Signposts - Israel is still the Apple of His Eye! 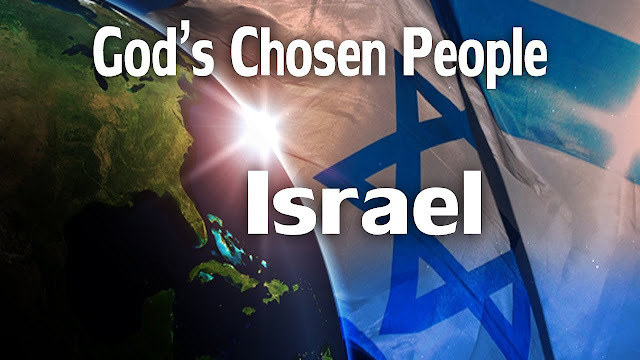 God is not done yet with the Jewish people. He made a covenant with Abraham, then again Moses, and to David that the Jews were God's elect and He would establish a kingdom through them that would last forever. God never breaks His promises, even though man often does. What I find fascinating is that against all odds and against all natural reasoning, God fulfills His Word with extreme accuracy.  I hope you'll enjoy this little trip through history as you see the mighty hand of God orchestrating events just as He pleases.  I hope you'll also see how close we are to the final seven years prophesied in Daniel 9!  The Tribulation or Jacob's Trouble.

Let me preface this by saying that Biblical prophecy predicted that the Jews would be dispersed throughout the nations and would lose their land AND that they would once again return to the same land and reestablish themselves as a nation called Israel with the same language, customs and religion they once had. Not only that, the Bible predicts there will be a Third Jewish temple built and that priests would be offering sacrifices once again. It would take too long to list all the prophetic Scriptures here.

Want to know where we are in Prophecy? Look at Israel. Israel is God's time clock.

Travel with me through the years to see how

God knows the past, present and future, and He is in control!
Bible Prophecy is accurate and coming true all around us
All end times prophecy is leading up to THREE major goals
(Disclosure. Much of this information I gathered from Unsealed.org.. I give credit where credit is due}


The Reformation - The Reformation did many great things for Christianity. However one of the most important was the outpouring of missionaries into every country in the world. In the last quarter of the past 2000 years since Christ, the Gospel has reached every nation and millions of people have received the knowledge of the truth.  In fact, at the present moment some African and Asian countries are far more Christian than Europe and the USA. Sad

The Ottoman empire takes control of Jerusalem and the Holy Land. (Muslim control)

The ancient Hebrew language is revived, becoming the first truly dead language to ever be spoken again, and the only remaining language from ancient Canaan.

First mass migration of Jewish people back to the Holy land

The world's Jewish leadership commits to establishing a homeland in the Middle East and the modern Zionist movement is born.

The British mandate for Palestine allows the Jews to begin widespread settlement and mass immigration to Israel. It was a wasteland at the time...a desert with roving nomads that nobody wanted.

At the close of World War II, world leaders establish the first global government in the form of the United Nations.  (Not a good thing for the world)

The United Nations passes Resolution 181, which was an international partition plan requiring the division of the Holy Land between a Jewish state and the "Palestinians."  A civil war broke out the very next day between the Jews and Arabs and the plan was never implemented

Israel unilaterally declares independence on May 14, 1948, and the State of Israel is born (there had not been a nation called Israel since 722 BC); the War of Independence begins.


Israel fights and wins the Yom Kippur War,  the country's last major war against a coalition of Arab enemies.  The tiny nation of Israel emerges as the Middle East's sole superpower.


The unveiling and dedication of the first cornerstone for the Third Temple.  Others have followed.

A genetic test is successfully developed that accurately identifies the Kohanim (descendants of Moses' brother Aaron), so that true priests can be used in the third temple.

The Golden Lampstand is rebuilt and is covered in 100 pounds of pure gold.

The ancient Sanhedrin is reconstituted.

Also, the robe, turban, and exquisite garments for the high priest are completed and unveiled

The linen garments of the Aaronic priests are produced.  120 have since been completed—all that are necessary for service in the Third Temple.

The Temple Institute raises money to finance the blueprints for the Third Temple.  Development begins shortly after.

The armies of two of the five modern nations involved in the prophecy of Ezekiel 38 enter into the biblical boundary of northern Israel (southern Syria)—Russia and Iran; the final blood moons in the 2014–15 Blood Moon Tetrad occur on Passover and Tabernacles.

Technology for the Mark has arrived as thousands of Swedes received a microchip implant in their hand.  The technology has since spread to other countries, including the United States.

And he causeth all, both small and great, rich and poor, free and bond, to receive a mark in their right hand, or in their foreheads: And that no man might buy or sell, save he that had the mark, or the name of the beast, or the number of his name. Rev 13:16-17

The Revelation 12 sign appears on September 23–24, 2017, alongside dozens of other strange occurrences with a message indicating that the removal of the Church is near and the Tribulation is at hand

Trump moves US embassy to Jerusalem, restoring the city as the capital of Israel, along with national recognition of the Sabbath, biblical festivals, and the country's prophetic purpose to ingather the exiles.


Turkish forces enter Syria, now bringing three of the five modern countries named in Ezekiel 38, that come against Israel, into the country immediately north (the direction from which the attack is prophesied to occur).  These are Russia, Iran, and Turkey.  By some interpretations, all that remain are Libya and Sudan.

A possible fulfillment of the sign of Revelation 12:3–4 occurred on October 8, 2018 as the Draconids meteor shower releases roughly one-third the number of visible stars in the sky, all along the path of the dragon.

The silver half-shekel, which was a required offering to the LORD from every Israelite (Ex. 30:11–16), was reintroduced, featuring President Trump superimposed over Cyrus on the front, and the Third Temple on the back.

The main altar of the Third Temple (Altar of Burnt Offering) is dedicated. (This is huge!)

Israel celebrates their 70th anniversary. The length of a generation in the Bible.

The days of our lives are seventy years;
And if by reason of strength they are eighty years,
Yet their boast is only labor and sorrow;For it is soon cut off, and we fly away. Psalm 90:10

“Now learn this parable from the fig tree: When its branch has already become tender and puts forth leaves, you know that summer is near. So you also, when you see all these things, know that it is near—at the doors! Assuredly, I say to you, this generation will by no means pass away till all these things take place. Heaven and earth will pass away, but My words will by no means pass away.
Matthew 24:32-35

A sign in the sun, moon, and stars occurred on (January 1st, 20th, and 22nd, respectively), replaying the birth of Jesus and the Church and pointing again to the nearness of the rapture.

Trumps Middle East Peace Plan is set to be released in early April after the Israeli elections. Could this be the covenant the antichrist "confirms"?  Time will tell.

And he shall confirm the covenant with many for one week (7 years)  and in the midst of the week he shall cause the sacrifice and the oblation to cease, and for the overspreading of abominations he shall make it desolate, even until the consummation, and that determined shall be poured upon the desolate.
Daniel 9:27

Now when these things begin to happen, look up and lift up your heads, because your redemption draws near.