High Watch Time! Get your affairs in order. 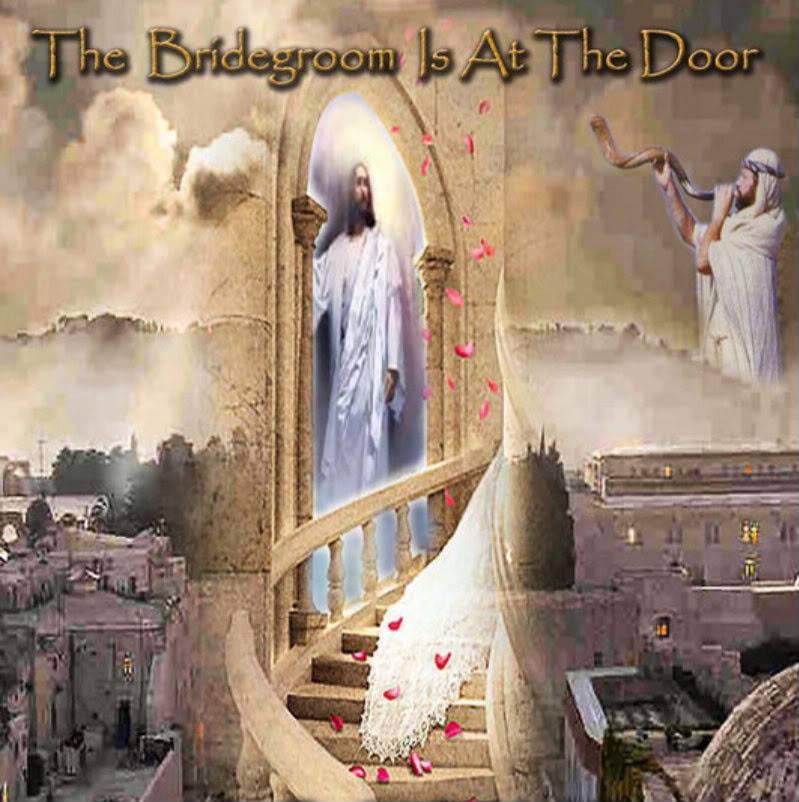 Yup. I'm at it again. Blowing the horn of warning. I'm not setting dates, I'm simply telling you all  this watch-woman is seeing all around her.  I will continue to do this until we are out of here. Why? Because I am compelled to by my Lord. The next few weeks could end up being quite interesting at the very least, at the most, we could be out of here soon. If that doesn't excite you, then you're in the wrong place. If it scares you, please don't click away. You may not have another chance to get on the train!

Below I will list some important upcoming events that perhaps you weren't aware of. First of all, I used to believe that the church would leave in the Fall during Rosh Hashana. I no longer believe that. After intense study in the Scripture I believe the Wedding of the Lamb will take place in the Spring! This comes from the Song of Songs in the Bible, which I hope to do a post on soon here. I encourage you to read it from the perspective of Jesus, His Bride, and the Jews as being the 3 main characters!

The Jewish New Year begins in the Spring

The Harvest Season in Israel begins in the Spring (There are actually 3 main harvests, Barley, Wheat, and Grapes. Jesus often spoke of the rapture and saving of souls as a harvest!)

The Israelites were liberated from captivity in Egypt in the Spring!

Resurrection of Jesus and His ascension occurred in the Spring

As I indicated above the wedding in Song of Solomon is in the Spring
My beloved spake, and said unto me, Rise up, my love, my fair one, and come away.  For, lo, the winter is past, the rain is over and gone;   Song of Songs 2:11

Purim! On the Gregorian calendar, this week on March 20-21st is the Jewish celebration of Purim, which is the day Queen Esther risked her life to beg the King to save her people from annihilation

Passover! On the Torah Calendar (which is the calendar religious Jews go by and probably God) Passover started last Friday, the 14th, and goes all this week until Saturday.  Remember Jesus's last Passover here on Earth when He said  But I say unto you, I will not drink henceforth of this fruit of the vine, until that day when I drink it new with you in my Father's kingdom. Matt 26:29   I wonder if He could have given us a hint here as to the timing of the Wedding Feast!


Something major soon to happen in Washington D.C.  If you follow politics, you know that things in our country have been building up to a breaking point. Most of the government and the media is against our president and trying to oust him one way or another. Other sources say that Trump is working behind the scenes to arrest members of the Deep State who are against our republic. Frankly, I don't know what to believe. But I do hear that things are coming to a head in the next few weeks. Could this be the start of a Civil War in America?  Only time will tell.

Third Supermoon of the year occurs on March 21st  (Yes, God gives us signs in the sky. It's not astrology!)

We are out of time. We are in the 120th Jubilee of mankind and just after the 6000 years of human history.  In Genesis 6, God tells Noah that he will contend with mortal/fallen man no longer than 120 years (Gen. 6:3). Because the Lord is still contending with mortal man, we understand He was referring to jubilee years. The 120thJubilee corresponds to the 6,000th year of biblical history, which can be closely calculated by studying the genealogies in Genesis.

And they shall fall by the edge of the sword, and shall be led away captive into all nations: and Jerusalem shall be trodden down of the Gentiles, until the times of the Gentiles be fulfilled.

The time of the Gentiles ended in 1967 when the Jews regained control of Jerusalem!


What should we do with this information?

Tell as many family members and friends that Jesus is coming soon. This week, month, year, ? We aren't sure. But DEFINITELY in their lifetime. If they are Christians and have backslidden, tell them to repent and come back and give their whole hearts to the Lord!  If they were never saved, tell them how much Jesus loved them and wants them to be with Him!

Get your Left Behind letters and books, sermons, DVDs ready and in a good place for people to find them.

Pray without ceasing for the lost. Fast too as the Lord leads. Time is short.

Get right with the Lord. If you want to know how to be saved, click HERE. Don't get left behind. It's going to be very ugly here after the Church leaves.

For those of you who argue that we won't know the timing of the rapture, I'll leave you with the Apostle Paul's own words
But ye, brethren, are not in darkness, that that day should overtake you as a thief. Ye are all the children of light, and the children of the day: we are not of the night, nor of darkness. 1 Thess 5:4-5

It should prove to be an interesting week or two coming up, and certainly an interesting time this Spring!  I don't know about you, but I could get excited about a Spring Wedding in heaven!!! 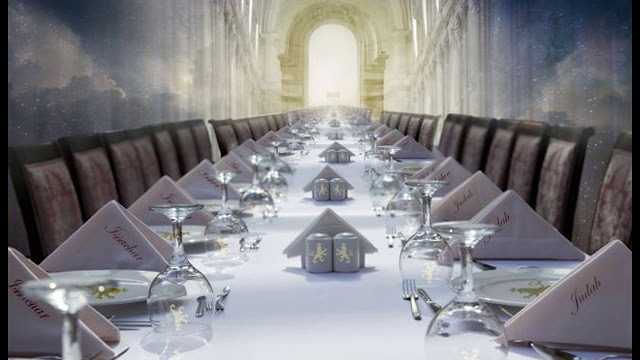