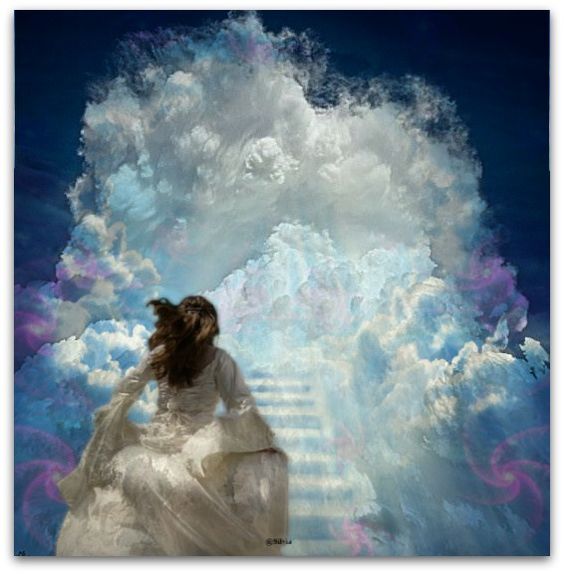 Greetings Precious Saints!  And Happy Good Friday to you!. (Although, I believe Jesus was crucified earlier in the week)  I thought about not doing a Good Friday post, but I know you all are anxious for the news of the week. I was called out by a friend this past week for putting out too much depressing news and not focusing more on all the good the Lord is doing in this world. Yes, the Lord is doing marvelous things across the globe, and many are getting saved and healed and restored! Praise His name!  Yet, this is not what my Friday Posts are for.  My intent is to connect world news with prophecy in the Bible so that we can all see how close we are to going home! My intent is NOT to depress anyone, but rather to encourage you all that our time here is short and soon we will be with our Savior!  If that doesn't get you excited, nothing will!

My other motivation is to inspire lukewarm Christians to get serous about their walk with the Lord, and also to perhaps save someone who happens across this post and sees that there is, indeed, a God who told us what would happen in this world long before it came to pass. No, I don't present the Gospel every time, but a quick search of my website will produce many articles on how to have a relationship with Jesus.

All of us have an individual calling from God. Some are helpers, encouragers, evangelists, pastors, teachers, prophets, miracle-workers...etc. God may call someone to be a housewife and mother and raise Godly children, while someone else may be sent into the workplace to witness there to their coworkers. Other persons may be called to the mission field, children's ministry, or helping out in their local church. I have been called to write novels that glorify God and to warn God's children that Jesus is returning soon. I make no apology for trying to fulfill that calling. I'm human and I may not always succeed in the best way possible, but my heart is in the right place... and that is to lift up the name of Jesus at all times.

Having said that, Praise Jesus, for His HUGE sacrifice for us. I don't think any of us can ever grasp the agony of what He went through... not merely physical, though they say that was more painful than what any man suffered. But spiritual and emotional too. Jesus had never ever been separated from His Father, yet while all OUR sin was placed on Him, Father God had to turn His face away. Not only that, but I've heard multiple pastors agree that Jesus then went down to Sheol where he suffered the punishment due us. All I can say is THANK YOU, Jesus, I love you with all my heart! And I look forward to seeing you soon!

Signs in the Sky!

Red Dawn invasions of the US are being planned
Russia prepares for a global internet shutdown
What are advanced missiles doing in Syria?
Russia and Turkey are deeply entwined on trade and defense

Half of all pastors afraid to speak of controversial topics
Americans with NO religion increases by 266% over last 30 years
Christian radio station K-LOVE refuses to air ads for "Unplanned" movie. Wow
Trump administration may be laying groundwork for military action against Iran
Sunday School teacher sentenced to 50 years in prison for molesting several children
New book claims that 80% of priests in the Vatican are gay
More and more Christians question whether smoking weed is a sin

WikiLeaks' Assange Arrested in London
American Boys are falling behind in just about every area
Thousands of Amazon employees listening to Alexa conversations
Russia says "New World Order" is being formed
Chinese force street cleaners to wear GPS tracking bracelets
Why Parents will run to get the Mark of the Beast for their children
Officials try to dispel fears of the new ID labeled "Mark of the Beast"
98% Drop in Christian refugees being admitted to the US
CBS's new show, The Good Fight, encourages violence against conservatives
800 FEMA camps in the US are there for somebody
Russia envisions a multipolar New World Order as sun sets on America's unipolar moment
Everything you see, hear, and read will ultimately be controlled by the FEW
The Obama/Clinton axis of evil from Benghazi to the Steel Dossier.

3 Portals of demonic entry that are destroying the US
Abortion clinic director mocks anti-infanticide bill and declares newborns are not people
Satanic temple challenges Missouri abortion laws
Planned Parenthood killed 332,000 babies last year and gets 1/2 of its revenue from tax dollars

Born this Way!:  The dangerous justification for Pedophilia
Parents are labeled as "The Problem" in schools promoting the LBGTQ agenda
San Jose, CA decides to display a rainbow flag next to Chick-Fil-A
Virginia kindergarten glass celebrates Transgenders

PA School board decrees "In God we Trust" can be displayed in local schools!
Almost 100 Abortion Clinic workers seek to leave industry after seeing movie "Unplanned"
Though Notre Dame Cathedral was destroyed by fire, the Cross remained!