Jesus is a Worm! 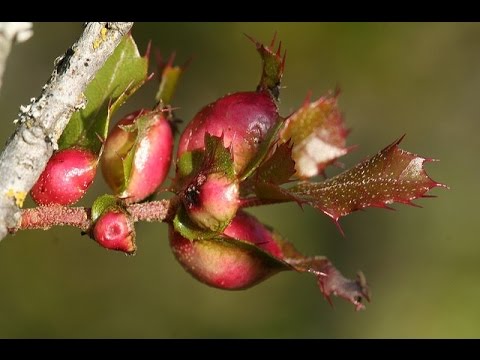 Don't be offended. You'll see what I mean soon enough. Let's look at Psalm 22:6-8.  This is a Messianic Psalm which is a prophecy of the crucifixion of Jesus. I encourage you to read the entire Psalm. If you know anything about how Jesus died, you will be amazed at the accuracy of this prophecy. (another reason to believe these is a God!)

I am a worm, and no man;
A reproach of men, and despised by the people.
All those who see Me ridicule Me;
They shoot out the lip, they shake the head, saying,
“He trusted in the Lord, let Him rescue Him;
Let Him deliver Him, since He delights in Him!”
Psalm 22:6-8

The word Worm here is Towla.  It is translated to "Crimson Worm". It occurs 8 times in the Bible (8 is the number of Jesus).  Normally in Scripture, the Hebrew word for Worm is rimmah, which means maggot. But here, Jesus used the word Towla instead. Why?  Let's find out more about this particular worm.

The Towla or Crimson Worm is a very special worm. It actually looks more like a grub than a worm. When it is time for the Crimson Worm to have babies (which she does only once in her life), she climbs onto the trunk of a tree, fence post, or stick... anything wood she can find. She then attaches herself to that wood and makes a hard crimson shell.  She then lays her eggs under her body and the protective shell. Not only does the mother protect her babies, but she also offers up her living body as food for them. After a few days, the baby worms have grown enough to take care of themselves, and the mother dies. When she dies, she secretes a scarlet red dye which stains the wood she is attached to as well as her young children.

After THREE days, the dead mother worm's body turns into a white wax which falls to the ground like snow.

You can't make this stuff up. If you don't see the analogies, let me explain

The Crimson Worm hangs on a tree when she's ready to give birth.
Jesus hung on a tree (the cross) in order to have many children

In order to have children, the Crimson Worm had to die
Jesus had to die in order so that those who would trust in Him would become His children

The Crimson Worm offered up her body as food for her children so they could live.
Jesus offered up His body as the Bread of Life so His Children could live eternally

The Crimson Worm spills a red stain when she dies
When Jesus died, all His blood had been poured out

If that isn't enough, the Crimson Worm was used as part of the formula along with the ashes of the red heifer to cleanse a person when they came into contact with a dead body (Numbers 19:6)  It is a cleansing agent!

Just like the Crimson worm, Jesus sacrificed or gave up his life on a tree so that his children might be washed with his crimson blood and their sins cleaned white as snow. He died for us, that we might live through him!


What I find so absolutely fascinating about this is that right there smack in the Psalms, we see the entire salvation story, the entire Gospel story told through that one reference to the Towla Worm!  How amazing is our God!  Jesus said that the Scriptures (the then Jewish Old Testament) were all about Him, and He was right! 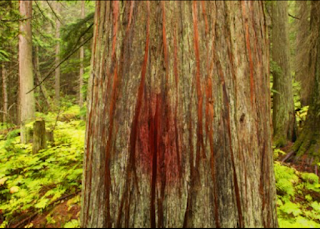