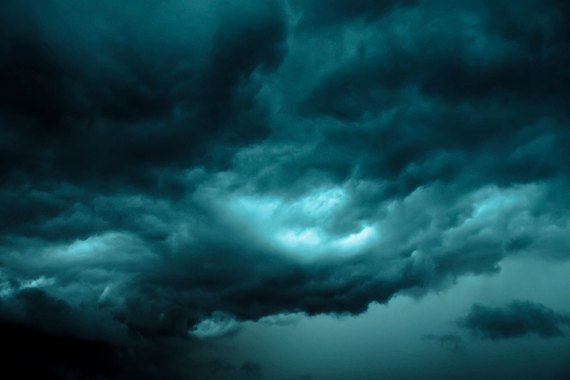 I hesitated to share a recent dream I had, but after a few weeks of prayer and talking with the Lord, I feel it will benefit others. First of all, I rarely dream. In fact, I rarely get into a deep enough sleep to dream at all. Secondly my dreams are always weird, bizarre, and usually make no sense (probably a reflection of my brain!) and I also barely remember them. However, I've been asking the Lord for a dream about the rapture for some time now. I've begged him for something encouraging that may give me a clue as to the timing.  Well a little over a week ago, I had a dream. Afterward, I woke up and it was around 3 in the morning and I was so excited, I could hardly get back to sleep.

Here's the dream. (It's a miracle I can remember all of it in such detail!)

I was in a house, but it wasn't my house. There were a group of people in the main living area, but I was in a bedroom working. It looked like I was folding laundry or cleaning my fish tank!  I heard a faint trumpet of Shofar blow. I looked up from what I was doing and listened for it again. It sounded again and was louder.

I ran through the main living area of the house and out the front door. The sky was black, but it wasn't night. Big black storm clouds covered the sky. I heard the Shofar again and I got real excited. I said. "This is it, this is it!"  As I kept looking up, I saw planes start to fall from the sky as if there were no pilots on them. More than one.. it seemed like a dozen or so in my view.

Then I felt my body change. It started to transform into a much younger, stronger, body that had no pain at all in it. I ran back into the house to tell the people. I can't say how many people were there but at least a dozen, maybe more. I told them the rapture was happening.  Some of them were very excited, jumping up and down, but others just shrugged and kept doing whatever they were doing before.

Then the scene changed

I was in the audience of a playroom or studio.  I still had my transformed body. The room was dark and there was a stage lit up and people were putting on a show. The actors were singing and dancing and celebrating sort of like a parade or one of those old variety shows on TV.  In the corner of the stage were the initials CBS, so I remember thinking this was a live TV filming of some show. The seats in the audience were like bleachers in a stadium and they were filled with people who were cheering. However beside me, there was a woman. She was very large, as in obese, and she was sobbing. She dropped her head in her hands and continued crying. I scooted closer to her to try and help her and she looked up and said. "I should have listened to you." Then she went back to crying.

That was the end of the dream.
I remember as I was coming out of the dream, I kept saying I wanted to stay. I didn't want to wake up! I was very very excited.

The next day I remembered the dream in great detail. Which is very unusual in itself. In fact, I can see scenes of it still so clearly in my mind. I consulted with two Holy Spirit filled friends of mine and between them and much prayer, and through what I believe I heard from the Lord, here is the interpretation.

The house I was in represents the church. Not a specific church but the corporate body of Christ.  I was not in the main room of the house because I no longer belong to a church, nor do I consider myself a member of any church or denomination. In fact, I haven't gone to church in over 3 years.  I have been unable to find one in my area that is Holy Spirit filled and preaches the entire Gospel. (I could write a sermon on that, but I won't here)

The Shofar, of course, represents the Trumpet that will be blown at the rapture.
For the Lord Himself will descend from heaven with a shout, with the voice of an archangel, and with the trumpet of God. And the dead in Christ will rise first. 1 Thess 4:16

The Black Stormy sky represents the coming Tribulation, which will occur right after or even as the rapture takes place

The planes falling from the sky (though they were a confirmation to me during the dream that the rapture was occurring) represent one of three things --  Alien invasion, meteor shower, or Fallen Angels.  We know from Revelation 12 there is a war occurring in heaven right now, but soon Satan and his angels will be cast down to earth.

We also know from Revelation that meteors and asteroids will hit the earth during the Tribulation. And the alien invasion is one possible scenario our enemy has planned to deceive the entire world into believing there is no God.

Some of the people in the house were excited and some were not represents that only part of the church will be looking for and excited about the Lord's return. Only some will be living for the Lord when He comes back. The rest are too in love with the world to care.
So then, because you are lukewarm, and neither cold nor hot, I will vomit you out of My mouth. Rev 3:16

Update! (04/11/2019) The Lord gave me the meaning of "CBS" in my dream. It doesn't just represent a TV network. He led me to look it up and it stands for "Columbia Broadcast System". So then I looked up Columbia. Washington D.C. is also called the District of Columbia!!!  So, I believe much of the false narrative about the rapture, the deception, and in this case the celebration after we are gone will come out of Washington D.C.!

The Large Woman represents the group of people who called themselves Christians, who thought they were going in the rapture, but who were left behind. Her obese size doesn't represent that she ate too much, but that she had spent her time here on earth pleasing herself and indulging in earthly pleasures instead of loving and serving God and her fellow man.  She will know what happened and she will be horrified, filled with sorrow, and repentant. Her saying "I should have listened to you." wasn't directed at me, but at all of those who are warning others to get right with God because the Lord is coming soon. .


And he who does not take his cross and follow after Me is not worthy of Me. Matt 10:38

Do not love the world or the things in the world. If anyone loves the world, the love of the Father is not in him. 1 John 2:15

While the dream didn't give me the timing I was seeking, it confirmed for me what I have believed from Scripture: That not everyone who claims to be a Christian will go in the rapture. that most of the church is not paying attention and doesn't care, and that the world will be rejoicing when we are gone.  However, since this is the very first rapture dream I've ever received, I believe just by giving it to me, the Lord is saying "I'm near. Right at the door!"