Is Israel really the Fig Tree? 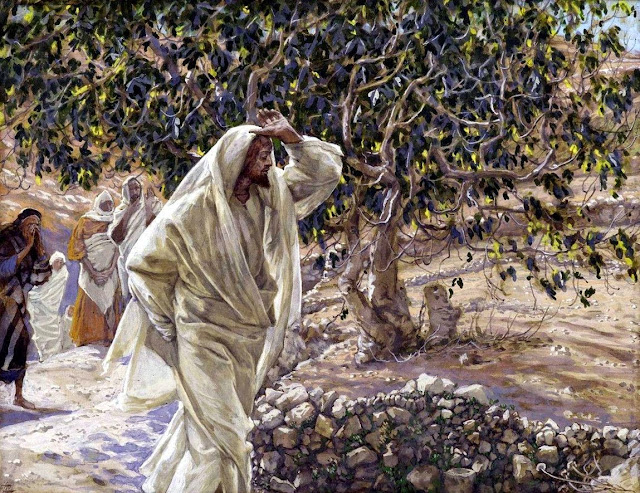 Why is this important? Because most everything we know about the timing of the rapture comes from something Jesus said in Matthew 24

“Now learn this lesson from the fig tree: As soon as its young shoots become tender and it puts out its leaves, you know that summer is near; so you, too, when you see all these things taking place, know for certain that He is near, right at the door. I assure you and most solemnly say to you, this generation  will not pass away until all these things take place. Heaven and earth will pass away, but My words will not pass away."

Jesus had just finished giving an overview of the Tribulation period, which we know from both Daniel and Revelation lasts for 7 years.  So, He is telling us that when we see something occur (the fig tree put on leaves) it is THAT generation who will see His return. (The rapture and His 2nd coming)

Hence if we could know the following two facts, we could pinpoint the Lord's return within a small number of years, right?


In this post I will prove to you that the Fig Tree is Israel.  Next week, I will put forth Biblical proof of the length of a generation. Then, after putting those together, I can (and anyone else can) clearly pinpoint the timing of the Lord's return within a few years. Yes, it is possible to know this. Jesus said in Matthew 24:36 that no man knows the DAY or the HOUR. He did not say season, month, or year.  Also in 1 Thessalonians 5:4-5, the Apostle Paul proclaims that we will know the timing because we are children of the light.


First connection of the Fig with Israel

In Genesis 3:7, after Adam and Eve sinned and realized they were naked, they wove together FIG leaves to cover themselves. Hence we see here the first mention of how the "Fig tree"covers sins, the tree that represents the nation of Israel, through whom the Messiah would come.

In Jeremiah 24, God shows Jeremiah two baskets of figs and tells him they represent the Jewish people.

I won't post it here. I encourage you to read it for yourselves.


In Jeremiah 8:13, God is describing his upcoming punishment on Judah

“I will gather and snatch them away [utterly consuming them],” says the Lord.
“There will be no grapes on the vine,
Nor figs on the fig tree,
And even the leaf will wither;
And the things that I have given them will pass away [by the hand of those whom I have appointed].”’

In Hosea 9:10, God is describing the Jewish people

I found Israel like grapes in the wilderness [an unexpected and refreshing delight];
I saw your fathers (ancestors) as the first ripe fruit on the fig tree in its first season,

On the next day, when they had left Bethany, He was hungry. Seeing at a distance a fig tree in leaf, He went to see if He would find anything on it. But He found nothing but leaves, for it was not the season for figs. He said to it, “No one will ever eat fruit from you again!” And His disciples were listening. Mark 11:12-14

The next day, Jesus and His disciples went by that fig tree and found it withered. Why is this story even in the Gospels?  Seems to be one of Jesus's minor miracles. Perhaps it would help to look at the timing of the event. The day before, Jesus had just ridden into Jerusalem on a donkey. This is His final week before the crucifixion. He knows why lies ahead, and He also knows it's the Jewish religious leaders who will instigate it.  Israel is apostate and they bear no fruit for the Lord. Hence the fig tree having no fruit is symbolic of Israel at that time.

Then He began telling them this parable: “A certain man had a fig tree that had been planted in his vineyard; and he came looking for fruit on it, but did not find any; so he said to the vineyard-keeper, ‘For three years I have come looking for fruit on this fig tree and have found none. Cut it down! Why does it even use up the ground [depleting the soil and blocking the sunlight]?’  But he replied to him, ‘Let it alone, sir, [just] one more year until I dig around it and put in fertilizer;  and if it bears fruit after this, fine; but if not, cut it down.’”  Luke 13:6-9

This is a very interesting parable.  If we remember that a day is like a thousand years to the Lord, and if we apply this here, quite possibly, this is an illustration of God coming to Israel after 3000 years to see if there is any fruit, but upon finding none, gives the tree another year to produce fruit. Hence, God gave Israel 4000 years to bear fruit and after that time, he "cut them down" or dispersed them from the land as happened in 70 AD.  (There are 4000 years of Biblical History before Jesus was born)


Well, you say, Israel is also compared to grapevines and olive trees throughout Scripture too. Yes, very true, which is why I'm linking you to this really great article explaining the various symbolic trees of Israel.

Which then explains why Jesus chose the Fig Tree in His prophecy above.  The Prophecy has nothing to do with Israel's salvation (which comes at the end of the Tribulation) or Israel's spiritual condition, but rather with the physical birth of the nation of Israel. When the Fig tree puts on its shoots and becomes tender and produces leaves is a direct correlation to May 14, 1948, when Israel announced its independence and became a nation once again after 2000 years

Until then, Keep looking up! And wake up!  Jesus isn't coming for a lukewarm bride! He's only coming for a Bride who puts Him first above everything else in their lives.