What is a Biblical Generation? 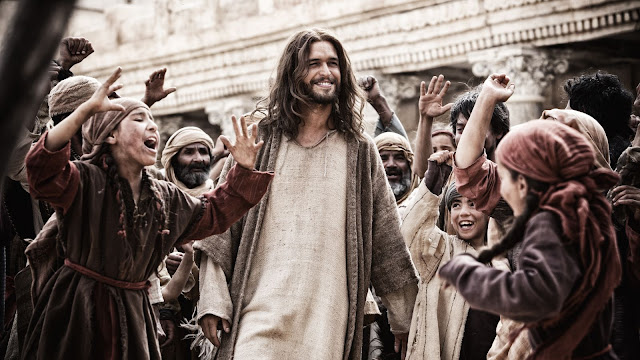 Last week, I hope I proved to you beyond a doubt that Israel is portrayed in Scripture as a Fig Tree.
Why is this important?  Because Jesus gave us a huge clue as to the timing of both the rapture and the end of the age. In His own words,

Now learn this lesson from the fig tree: As soon as its young shoots become tender and it puts out its leaves, you know that summer is near; so you, too, when you see all these things, know for certain that He is near, right at the door.  I assure you and most solemnly say to you, this generation will not pass away until all these things take place. Heaven and earth will pass away, but My words will not pass away.  Matthew 24:32-35

In context, we find these verses smack dab in the middle of a long list of end times signs and right before a description of the rapture and an admonition by Jesus to be ready.

Jesus is basically telling us that when we see this certain thing happen (The Fig Tree puts on shoots), then the generation alive at that time will not die off until everything He is telling us comes to pass. In other words, until both the rapture and the second coming occur.

The Fig tree putting on shoots happened in 1948 when Israel became a nation again after 2000 years!  That was 71 years ago. So what is a generation? We need to look at Scripture to interpret Scripture.

The best and most important Scripture that gives us a clue as to the length of a generation is found in Psalm 90:10

The days of our life are seventy years—
Or even, if because of strength, eighty years;
Yet their pride [in additional years] is only labor and sorrow,
For it is soon gone and we fly away.

I love this Scripture because no only does it tell us how long a "generation" is, but it ends with "We fly away". Why would it end that way? So strange... why not say "We end up in the grave" or some other phrase that is often used in Scripture.  No. It uses "We Fly Away" which to me, directly links it to the rapture.

Are there other references to generation in Scripture? Yes, of course. Plenty. I'll just list a few here.

So Joseph died, being a hundred and ten years old; and they embalmed him and he was put [a]in a coffin in Egypt. Genesis 50:26
Then Joseph died, and all his brothers and all that generation, Exodus 1:6

Notice that when Joseph died, all his brothers and everyone of that generation died. So how long was that? We see Joseph died at 110. He was 39 years old when his father, Jacob, and all 70 (There's that number again) people from their family moved to Egypt. SO, Joseph lived another 71 years before he died. And everyone in that GENERATION died during that time.

Here's another one.
In Matthew 23, Jesus goes through a list of WOES for the Pharisees of His day, calling them out on their hypocrisy.  At the end of the chapter He says,

I assure you and most solemnly say to you, [the judgment for] all these things [these vile and murderous deeds] will come on this generation.

“O Jerusalem, Jerusalem, who murders the prophets and stones those messengers who are sent to her.  How often I wanted to gather your children together, as a hen gathers her chicks under her wings, and you were unwilling. Listen carefully: your house is being left to you desolate!  For I say to you, you will not see Me again until you say, ‘Blessed is He who comes in the name of the Lord!’”

What house? What is he talking about? The only House that makes any sense is the Temple. That was and is the main House of Israel, the most important building in Jerusalem! We also know He was referring to the temple because right away in the next chapter (Matt 24) the disciples start talking to Him about the temple! Pointing out to Jesus how magnificent it was. To which Jesus replies that Not one stone would be left upon another.  This must have completely shocked them!

Jesus is telling these Pharisees that within a generation their Temple will be destroyed. When was the Jewish temple destroyed? When was it so destroyed that not one stone would be left upon another?
70 AD  When Rome destroyed Jerusalem and the Jewish people were taken away as slaves.

So, it would seem to be that a generation in the Bible is anywhere between 70-80 and certainly no more than 80.  The Jewish people wandered in the wilderness for 40 years until that generation all died off. But remember,  they were composed of people who were 20 years old and above. So we still come to 60 years,  and maybe more before Joshua actually led them across the Jordan into Israel!

And the Lord said, “My Spirit shall not strive with man forever, for he is indeed flesh; yet his days shall be one hundred and twenty years

Yet we see many many times after this that people lived WAY beyond 120 years. I personally believe this 120 years is a reference to 120 Jubiliees, which is 6000 years. Which we are also at, by the way!

Now, let's add one more important fact.  According to The Global Health Observatory, the average life expectancy of the Global population in 2016 was 72 years.    This is important because if Jesus said the generation who was alive in 1948 would NOT pass away until His coming, then certainly He would have known the life-expectancy of humans during the time he was prophesying about. I mean, He's God after all.

What am I saying? I'm saying that we can EXPECT that Jesus' second coming will occur within the next TEN years. If a generation is anywhere from 70-80 and we are now at year 71, then we have only a few years left.

Where does that put the rapture?  That's a great question. For pre-tribbers like me, it would mean that the rapture must occur 7 years before the end and the Second coming. Which would put the rapture occurring anytime between now and two years from now!  If my calculations are correct, we don't have much time left, and we should be doing everything we can to

1. Get as close to the Lord as we can and be obedient in all things
2. Tell as many people about Jesus as we can

What are your thoughts?