Jewish Harvests and the Raptures - Pentecost? 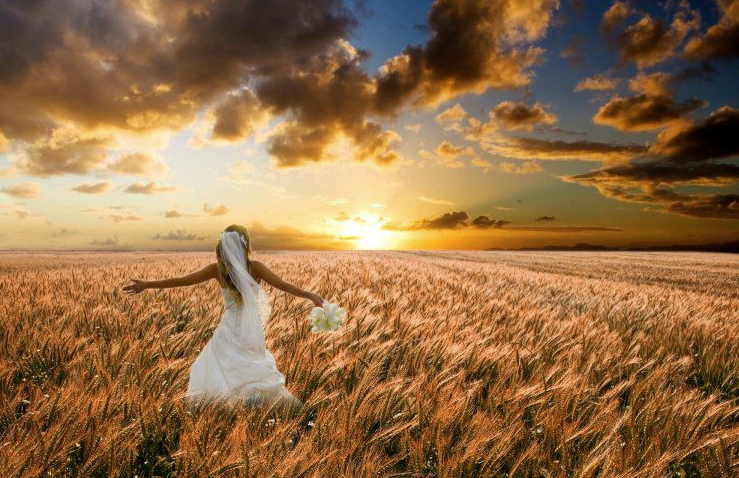 Did you know that the harvest seasons in Israel and their respective religious feast days which God ordained offer us huge clues as to the rapture?  The more I learn about Jewish culture and the Hebrew language, the more the Bible comes alive to me.

God is a farmer. Throughout Scripture we see that God plants seeds and then harvests a crop. Jesus made this all the more real to us through various parables. The parable of the wheat and the tares found in Matthew 13 is perhaps the most important one, but there are so many other references to the harvest in connection with the salvation of men.

But when He saw the multitudes, He was moved with compassion for them, because they were weary and scattered, like sheep having no shepherd. Then He said to His disciples, “The harvest truly is plentiful, but the laborers are few. Therefore pray the Lord of the harvest to send out laborers into His harvest.” Matt 9: 36-38

In Revelation, the reaping of the earth is called a harvest of souls!

I always knew this, but never connected it with the Jewish harvest times. Yet, why does God go into such detail in the Bible about all the harvest times and the feasts and offerings? Surely it was first to the Jewish people, but for us? Every word in the Bible is there for a reason.

The Jewish people had 7 main appointment times with God. (Found in Leviticus 23) But only 3 of them were "harvests" and on only these three were the people of Israel commanded to all gather together.

Three times you shall keep a feast to Me in the year: You shall keep the Feast of Unleavened Bread (you shall eat unleavened bread seven days, as I commanded you, at the time appointed in the month of Abib, for in it you came out of Egypt; none shall appear before Me empty); and the Feast of Harvest, the firstfruits of your labors which you have sown in the field; and the Feast of Ingathering at the end of the year, when you have gathered in the fruit of your labors from the field.  “Three times in the year all your males shall appear before the Lord God.  Exodus 23:14-17


In each of the feasts, the Jewish people were to bring the firstfruits of their harvests, a sampling of the best and first ripened grain or fruit as an offering to God.  If it was accepted by God, the rest of their crop would be blessed.

Here's where it gets interesting!  It makes complete sense to connect the harvests with the rapture because Scripture does this as well. Yet, I've only heard a few Bible teachers do this.

The Barley Harvest which happens on Passover has already been fulfilled as a rapture when Jesus rose from the dead.  I posted about this HERE.  Jesus was the firstfruit offering waved before God, and then afterward, the Old Testament saints rose from the dead and were raptured to heaven.

But now Christ is risen from the dead, and has become the firstfruits of those who have fallen asleep. 1 Corinthians 15:20

The Wheat Harvest, which starts on Pentecost has yet to be fulfilled. This is the rapture of the wheat we have been looking for.

His winnowing fan is in His hand, and He will thoroughly clean out His threshing floor, and gather His wheat into the barn; but He will burn up the chaff with unquenchable fire.  Matt 3:12

Opinion:  I believe the first fruits of the wheat harvest are the Bride, those believers who have made their garments white, who are living for the Lord in obedience, and longing for His return!  There are many Scriptures which allude to this, which I have posted often here on this blog.  THEN, the main harvest comes later of believers in Jesus who weren't ready for the first reaping. In other words, they weren't mature in Christ and weren't ready to be harvested. They needed to be woken up (by the rapture of the Bride) and they needed to make a full commitment to Jesus and stop compromising with the world. When does this 2nd part of the wheat harvest occur? I don't know. Could be days, months, or even years after the Bride (Firstfruits) are taken.

The Fruit Harvest, which occurs at Tabernacles, is the final harvest of the earth. This occurs after the 7 year Tribulation and is a harvest of both the good and bad fruit.  This is so expertly described in Revelation 14, I encourage you to read it for yourself. I'll give the cliff notes here

The 144,000 are the raptured up to heaven as the first fruits of the final harvest. We see them in the first few verses standing with Jesus.

Then we see 3 angels go out into the earth to give mankind one last chance to repent. The first angel preaches the Gospel, the 2nd angel declares the Babylon has fallen, the third angel tells everyone not to take the mark of the Beast.

Jesus comes down on a cloud with a sharp sickle and he reaps the good fruit that belongs to Him. These are the tribulation saints who are still alive. There probably won't be many left at this point.

Two more angels come out from God's throne. One has a sharp sickle and the other one orders him to reap the earth. The angel harvests the earth and takes all those grapes and tosses them into the wine press of the wrath of God where they are trampled. These are those who took the mark of the Beast and worshiped Satan.


Very interesting.
Why do I bring this up? Well, Pentecost starts this Saturday, and there are many who believe the rapture of the first fruits of the wheat harvest will occur on Pentecost. This year? I have no idea. I hope so. We will know soon enough.