Message to the saints for today: Do not be Afraid. I AM! 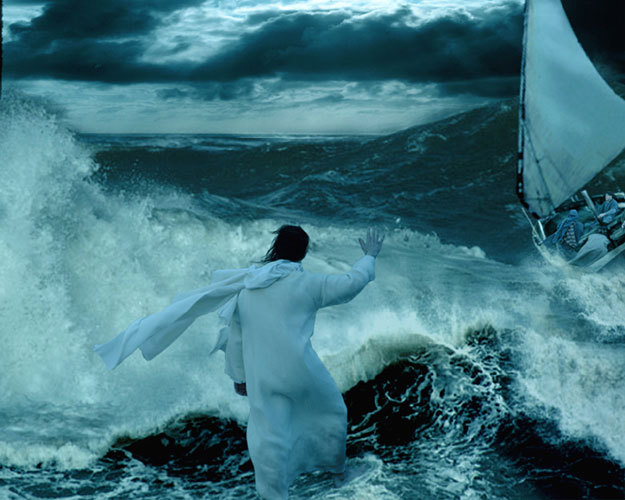 Every week I pray and ask what the Lord would have me post on Monday. Sometimes I get a direct answer, other times, God answers by putting something on my heart that simply won't go away. This week, it was both.

Let's face it, we live in a very crazy world.  Sometimes after I hear the news, I just shake my head in disbelief. Those of us who are followers of Jesus seem to be in the minority these days and all the values and beliefs of the Bible are being ridiculed or tossed aside. These things can end up being both alarming and disturbing...and even cause fear.  Add to that all of life's normal problems, money, health, family, jobs, heartache, loss, etc.. and life can be overwhelming. In 2 Tim 3, Timothy tells us that in the last days perilous times would come. That word perilous in the Greek is chalepos, which translates  Harsh, fierce, savage, hard to bear, dangerous.  Sound familiar?

Jesus warned us that in this world we would have trouble. Yet, He also told us that He had overcome the World. He told us repeatedly not to fear, not to be afraid, but instead to trust Him. He told us He would never leave us, that we are never alone, that we are watched over and protected by angels.

In Matthew 14, Jesus told His disciples to meet Him on the other side of the Sea of Galilee. It had been a long, trying day, and He needed some alone time with His Father, so He sent them ahead. But then a fierce storm arose on the sea which tossed their ship this way and that.  In other words, life got hard. The disciples forgot that Jesus said He would meet them on the other side. They forgot that He was the Son of God and everything He promised came true. If so, they wouldn't have been so terrified to see Him all of a sudden walking toward them on the water. In fact, they thought He was a ghost.

His reply to them AND TO YOU AND ME today is and was "Be of good cheer. Do not be afraid. I AM"   Most translations say "It is I", but the phrase actually means "I AM".   I Am is the name God gave Moses from the burning bush. The disciples would have known that.

Jesus is saying, Don't be afraid, don't worry about this little storm, I am God!

And that's the message He wanted me to share with you today. I AM GOD.  In other words, whatever you are going through, whatever struggles, worries, heartaches, abuse, troubles.... Jesus has promised to get you safely to the other side. HE IS GOD. And He keeps His promises!

We all know the rest of the story.. Peter wanted to walk on the water too so he asked Jesus if He could come out. That would be like us asking the Lord to allow us to walk ABOVE our problems, to conquer the storms in our lives.  Jesus says "Sure, come! Come walk with me and together we will walk above the struggles!"  Peter would have done great if he had kept his faith in Jesus. But he faltered, looked at the storm, and began to sink.  But our Lord is so compassionate. Even when we lose faith, even when we fail, He reaches out and picks us up, then helps us to the boat. 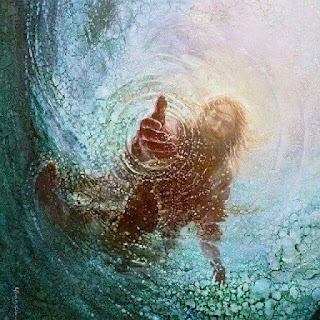 When they got into the boat, the storm ceased, but not only that, John 6 says that they were immediately at the other side!  They were instantly transported through time and space to the other side. Sounds like the rapture to me!

So when life gets you down, when you feel overwhelmed by problems, look to the ONE walking above all the struggles and remember HE is God. And He's crazy about you!