Urgent warning dream: Runners Falling out of the Race! 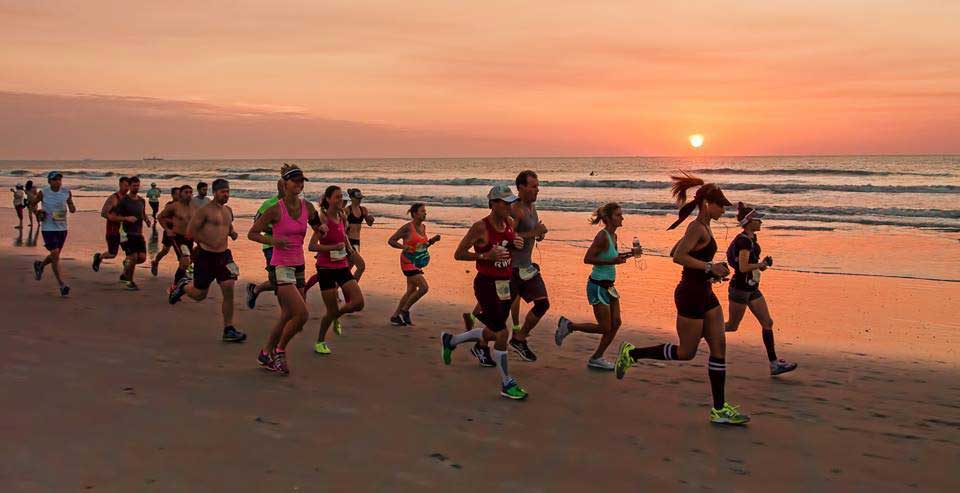 Hi everyone! One of my dear online friends shared the dream below with me a few weeks ago, and it impacted me so much I asked permission to share it with you.   It comes from a young man committed to Christ. It's a little long, but I hope you take the time to read it all and ask the Holy Spirit what He may be trying to tell you personally.

On the morning of April 19th, I had an urgent warning dream, in which I believe the Lord is speaking some key words for the Body of Christ in this upcoming season. I would like to share this dream with you here, as well as a few others in the weeks to come. I believe they will give critical insight into the hour we are now entering as the Body of Christ at ASU...

May Jesus Bless You,
Jacob Lawlor

Runners Falling Out of the Race


I was calling forth a field of racers to run a race. I saw a full field of participants come together in fellowship and joy, lining up at the starting point. Many of the athletes were very gifted leaders, potential church planters and ones who were especially passionate about overseas missions. People from many different ministries, including myself, had lined up to run this race. We started the race in Springtime and took off running at a fast pace.

I began to run this race and soon realized there was no correct way to run this race. Various paths were present as some led through city-like areas, others through deserts, and another through a giant mansion. I continued to run along my path, while others left to go off to different areas.

All of a sudden, a compulsive mindset came upon me that I had to win this race at all costs. It turned into a competition for me, and I began to search for any possible shortcut to beat the other runners to the finish line. As the race went on, I got tired and frustrated because I was not successful in finding a shortcut and we were far along in the race at this point.

Around this time, the Lord stopped me in my tracks and spoke to me saying, “You have missed it, because you don’t have my Father’s heart or the love of Christ.”

Upon hearing this, I started running again, but now something had drastically changed inside of me. The Lord was with me as I was running and I no longer cared about winning this race. I nearly began to weep for people who were running the race with me and those in the crowd watching us run. For the rest of the race, He continued to break my heart.

By the time I finished a lap around the track, I was alone and wondered where everyone else was. Suddenly, the Lord stopped me and took me backwards through the track area.

The scenery changed; instead of a Spring season, it was now winter. Dark, cold, melancholy and sobering would be the best words to describe this new setting. A once lively track was now covered in a thick, foreboding snow. What I witnessed next was a reality I was not prepared for...

The Lord began to highlight various points along the different paths where many who were running the race had stopped running. Many of these places resembled gravestones. Some of the runners had been buried deep by snow, others frozen solid in ice, and still others had left the race completely for the ways of the world. A few of the runners were even dismembered; it was more graphic than I would like to detail.

There were no longer people around; no one was running or watching. Along the track were only remains and memories of the brothers and sisters I had started the race with. I then saw what appeared to be a class picture from the beginning of the race, except that nearly everyone was now a hologram, because so few were left alive.

I was left overlooking the mansion from a high mountain point, on a cold winter night, staring at the remnants of what was once a vibrant place in springtime. Overcome with grief, I openly began to weep and wondered if I would ever see life in God’s creation again.

1. We Must Be Rooted in Love

No matter what the Lord has called us to do, if we are not foundationally rooted in the perfect love of Christ (with no strings attached) and continually desiring deeper intimacy with Jesus, we are n​ot​ going to finish our race. We will either get burned out (and quit halfway) or be taken out in the process of running.

When we are freely receiving the love of the Father, this enables us to freely give His love away as an overflow, without ulterior motives.


2. Our Motives for Running Must Be Pure

When our motives have been made pure, by being rooted in the perfect love of Christ, we are no longer seeking or expecting anything in return: affirmation from others, earthly rewards or accomplishments, or any form of self-exaltation.

When we focus on our own contributions to the Kingdom, instead of fixing our gaze on Jesus, we run the race with impure motives: whether it be running to win against others, running to see results or simply because others are doing it.

Is He our treasure, our "exceeding great reward" (Gen. 15:1, KJV), or are we running for another reward here on earth?  The Lord’s heart breaks for us when we forsake Him and settle for treasures here on earth, rather than storing up treasures for ourselves in heaven!


3. We Are In a Time of Commissioning

The timing of this dream is especially important: in this season, God is commissioning many different people from many different parts of the Body into the mission field (abroad or local) to labor for the harvest.

As many are being sent out to run this race, there is coming an increase in spiritual warfare and attacks against the runners.  We must keep in mind that "united we stand, divided we fall."


4. Be On Guard Against Competition; Self-Focus

After sharing this dream with a friend, he confirmed that a word was recently discerned over ASU: the need to pray against c​competition​ in the Body of Christ, which is seeking to divide us.

As I reflect on the dream, deeply grieved, I am wondering: if I hadn’t been running to win against the other runners (as in a competition), would I have been able to encourage and save the lives of those who were taken out and even killed? Did my vision for finishing my own race, cost others their lives?

Return to our First Love, Intimacy with Jesus ​– as the first and greatest priority of our lives. Receive the Father’s heart for the Body of Christ and the world so we can live out the greatest form of love - laying down our lives for our friends. (Rev. 2:2-5; John 15:4-5,13)


Repentance -​ allow the Holy Spirit to reveal the desperate state of our hearts and our need for Jesus.  Turn from sin; reconcile with others in the Body and forgive the faults of others. Those who have been forgiven much love much. (Col. 3:13; Luke 7:47)


Encourage One Another ​– the race we run is about more than our own calling; it’s about those running alongside us. God is inviting us to carry His heart for one another and to encourage each other to run this race well! The Kingdom of God is about building family, not building self. (Heb. 10:24-25)

“If your vision isn’t bigger than yourself, it’s not big enough. You’re competing ​with ​others, against the same common enemy.”  - Given to Austyn Harris

Humility ​- humble ourselves especially in conflicts, continually surrender at the feet of Jesus, stay connected to a community of believers, bear with one another in love and preserve the bond of unity, submit to God and resist the devil. (Eph. 4:2-3; James 4:6-8)

Declare Psalm 91​ - activate His daily protection over you and others by faith, through Scripture declaration.