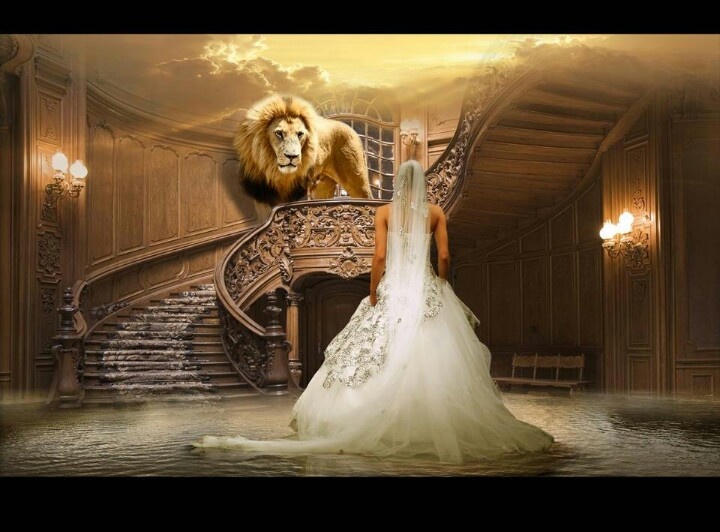 Greetings Warrior Bride of the Most High!

Another Crazy week. The long, anticipated Mueller testimony that was supposed to give enough evidence to impeach Trump was a nothing burger. Love or hate Trump, why can't they leave the man alone? Oh, yes. Because with him in power, they can't instill their socialist, globalist, tyrannical policies that will destroy America, subjugate the people, and put themselves in positions of extreme power!

I'm hearing rumors of strange military operations around the DC location, which disturbs me greatly. Add to that the tension in the Middle East with Iran, Russia and China becoming friends, North Korea firing missiles again, well, I'd say we are on the brink of war.

What's up with Drag Queen Story hour? Would you ever had thought such a thing would happen 10 years ago, even 5? And surprisingly many of these Drag Queens are found to be convicted pedophiles. Go figure. Are people stupid?

The Earth continues to moan and groan waiting for the revelation of the Sons of God! Romans 8:21-23

Christians are asleep or fallen away
The Church is being persecuted like it never has been before
False Prophets fill many pulpits
Our rights are slowly being dwindled away.... along with our privacy
The Bible warns there will be lots of deception in the last days and I'd say we're here. The media are in bed with the globalists. Everyone has an agenda and very few seem to be speaking the truth.
And all this was prophesied in the Bible!

This will be my last Friday's Mad Mad World post.  I deeply apologize for stopping this, but it takes me several HOURS each week to put together.  The past few years I have been taking care of my grandchildren 2-3 days a week, all day long. Their current ages are 1,3,4, and 5!  I adore them and feel extremely blessed to be such a huge part of their lives and to love them and tell them that Jesus loves them.  However, this leaves little time for my writing. Hence, I prayed about it and feel that my books reach more people than this blog, and my goal is to reach as many people as I can with the truth of God's love in the few remaining years we have left.

So, I will post on Friday, but it will either be on one particular End Times event that happened that week OR I'll be posting about my books, sales, characters, etc.

For those of you who are interested in keeping up with End Times News, here are the major sites where I gather my information. On most of them, you can sign up for their newsletter.

I hope you continue to keep abreast of what is going on. If there's something major happening, I'll be sure to let you know.

God Bless! And keep looking up!

Colorado College Inclusive speech guide bans terms like "America" or "American"
More on Modern day FEMA camps in plain view
Weird holographic planes spraying chemtrails
Parents told they could lose kids over unpaid school lunches
Why is Facebook going after Christian Clergy?
The Elite torture children and drink their adrenalized blood.
FaceApp may be quietly keeping all your data, same as Facebook, Twitter, Snapchat and everything else you use
Trump takes action against huge Foster Care child trafficking system - huge blow to deep state pedophilia
Widespread blackouts grip Venezuela. Gov blames cyber attack
91 % of democrats believe a Civil War is necessary to bring about changes
MSNBC Chris Hayes urges violence against Conservatives
Antifa firebombed a Government building with AR-15 assault weapons and the mainstream media didn't say a word
Big Tech is setting itself up to be the Gatekeeper of all human knowledge
Google Exec admits anti-Trump bias
New Public School History book teaches that President Trump is a racist and mentally ill
The Democratic party is a Domestic Terrorist Group with connections ti China, terrorists and the Cartels
Congresswoman Omar "Americans should be more afraid of White Men" than Muslims

US shot down an Iranian drone in Straits of Hormuz
Iran seizes British oil tanker in the Gulf
The 9th Russian plane carrying advanced weapons systems landed in Turkey last week
Britain warns Iran of serious consequences if tanker is not released
Russia warns that conflict could break out any time between US and Iran
Hezbollah moves troops to Israeli border in case war breaks out between US and Iran
Saudi Arabia urges global actions against Iran
The Draft is coming
South Korea fired warning shots at Russian military jet violating their airspace
Army lets it slip that its conducting secret operations around D.C. area
US is staging troops at a Saudi military base
Iranian soldiers used effigies of Trump and Netanyahu for target practice
Iran sentences 17 CIA spies it caught to death
China and Russia joint exercise sends message to Washington
North Korea fires missiles into the sea
Summer camps for the next generation of terrorists

Hundreds of Jewish Immigrants return to Israel this summer!

33 killed in Arson fire in Japan
Human remains sold on secret Instagram market
17,000 people arrested in nationwide human trafficking sweep
The rise of the Satanic temple in Canada
Abortion has killed more black Americans than all other means combined.

A 390 foot tall asteroid scraped by the earth on Wednesday, closer than the moon
Florida company selling alien abduction insurance has sold over 6000 policies

Muslims getting saved as they visit Christian Healing rooms!
Huge Whirlwind appears after prayer at outdoor church service!  Watch this. You'll be amazed!
Oldest Christian letter outside of the Bible uncovered!