Is the Rapture a real event or just an nice dream or allegory? 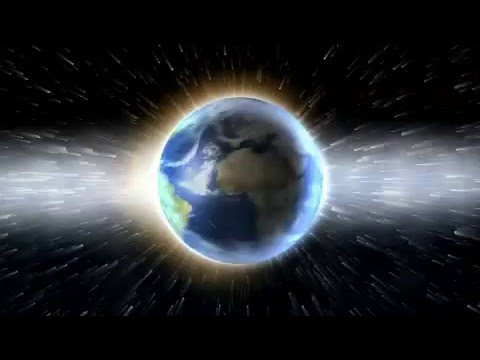 There are some believers who completely deny that there will even be a rapture. They say that the references to it in the New Testament are meant to be allegorical, that believers are sort of kept safe from the evil of this world by rising to a new level of spirituality.  I must agree that the idea of suddenly being snatched from this world, zooming through the air, and landing on a cloud where Jesus and other saints will be waiting is pretty darn unbelievable!   I mean Whoa!!!  What an amazing idea, what a fantastic event. It definitely sounds like fantasy.  It boils down to whether you believe the Bible or not, whether you take the Word of God as pure allegory or you believe it actually means what it says.

If the Rapture is merely an allegory or some fantastical parable, then we should not expect to find it anywhere else in the Bible. The Bible interprets the Bible. All the concepts of the New Testament are mirrored throughout the Old Testament. So, do we find references to a sudden disappearance of the righteous in the Old Testament?

Help, Lord; for the godly man ceaseth; for the faithful fail from among the children of men.  Psalm 12:1

The word for ceaseth here means vanished. The interlinear does not give the correct translation but I have an actual Hebrew Bible, the Tanakh, and the word is translated "VANISH"
If you continue on in the Psalm, it talks about evil men, which is what we would expect after the rapture.

The righteous perisheth, and no man layeth it to heart: and merciful men are taken away, none considering that the righteous is taken away from the evil to come. Isaiah 57:1

The Word "perisheth" here also means "Vanish". It is the Hebrew word 'abad.  The chapter goes on to talk about the wicked ending with one of my favorite verses in Isaiah 57:21 There is no peace, saith my God, to the wicked.

Then we have Micah 7:1-2
The good man is perished out of the earth: and there is none upright among men: they all lie in wait for blood; they hunt every man his brother with a net.

The word "Perished" is the same Hebrew word 'abad, which means vanished. Then the chapter goes on to talk about wars and wickedness and everything you would expect in the Tribulation. I encourage you to read it.

I would be remiss if I didn't mention the Song of Solomon. Most of that book is a depiction of the love of a King for His Bride and he comes for her in the night and brings her to his banqueting table!

And in those days, a change shall take place for the holy and elect, and the light of days shall abide upon them ....
and in those days shall the earth also give back that which has been entrusted to it. And Sheol also shall give back that which it owes. For in those days the Elect One shall arise and he shall choose the righteous and holy from among them ...
And HE will cause others to witness this that they may repent and turn from the works of their hands.

What "change" do you suppose Enoch is referring to? Could it possibly be us being transformed and translated out of here? And what about the people coming out of the earth, out of Sheol? Sounds like the rapture to me! Notice there are others who witness and repent.  Perhaps those left behind?

Let's look at a few important Scriptures in the New Testament

In John 14, 1-3, Jesus tells His disciples that he is going away, but he will return to get them.

The Word "Receive" here is the Greek Word, paralambanō  which translates to  receive near, i.e. associate with oneself (in any familiar or intimate act or relation). In other words, to receive someone as one would a close family member.

Where else do we find this Greek Word in the New Testament?  As it turns out, we find it in the passages in which Jesus is talking about the Rapture

"Shall be taken" in the above Scripture and also in Mark 13 is the same Greek word, paralambanō

It's important to note that the word for "Left" is the Greek word aphiēmi, which translates to someone leaving someone they know... as in a husband divorcing a wife.

Therefore, when Jesus is talking bout the two men in the field or the two women at the mill, He isn't talking about a Christian and a non-Christian. He is talking about two people who say they believe in Him. One of them, however, is not following Him.  Think about that for a moment.

I hope I've convinced you that the rapture is a very real event and one that, according to all the signs around us and the Word of God, will happen very soon. Within our lifetimes!  Yes, it does sound fantastical, but it WILL happen. And it will be glorious. But you must be ready!  You must be in relationship with Jesus and doing His will.