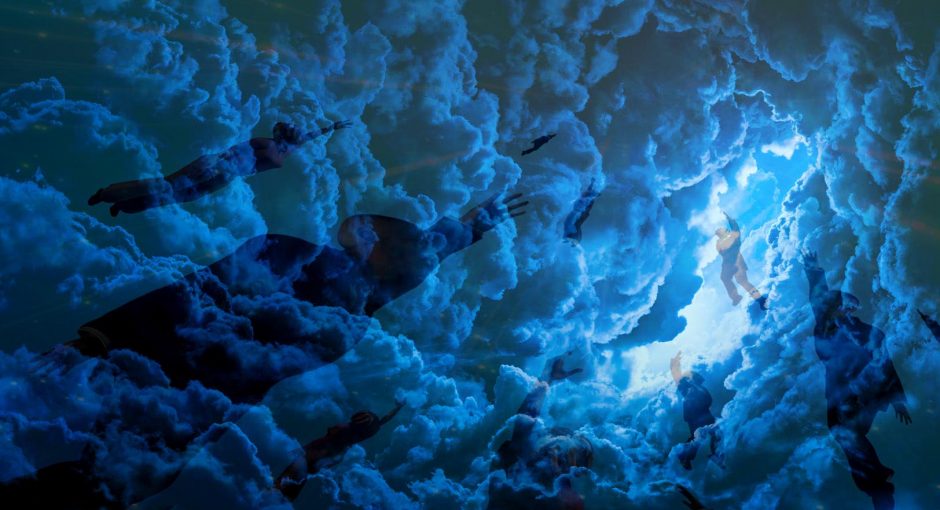 Aside from the life, death, and Resurrection of the Son of God, the rapture is the single most incredible and fantastic event in Christianity. Yet, throughout the past 2000 years not every generation could have actually expected it to happen. You see, the rapture wasn't possible until Israel became a nation and the Jewish people came back to their land. Jesus makes this clear in his prophecy stated in Matthew 24:32-34. If you missed my post on why Israel is the Fig Tree, click here.  If you missed my post on what is a "generation", click here.

Hence, only the generation of people who were alive when Israel became a nation (and who are alive now) could be the generation who will experience the rapture. This is HUGE!  It's been 71 years since Israel became a nation. Yet, do you ever hear pastors preaching about this amazing event in church?  This has always baffled me. Yes, there are some, of course, but I would say less than 1% of pastors out there even mention the rapture in passing. Or they may teach on it once every 5 years or so, but they never warn the people in their churches that, unless they die in the next 10 years, they are the ones who will witness this glorious event!

Add to that the fact that most Christians do NOT want to discuss the rapture at all. I can vouch for this personally. I've met believers and we've started talking about the Lord, but then if I bring up the rapture, they get all weird and afterward avoid me. I've been in Bible Studies where no one wants to discuss it. I even lost a friend over it who thought I focused on the negative things in the world too much. A pastor I follow online has stories where he'll be invited to talk at a conference or at another church but once they find out he wants to speak on the rapture, they dis-invite him.

Why?  The rapture is all over the Scriptures. Yes, it's even in the Old Testament and the extra-Biblical book of Enoch. I will list those Scriptures below. Jesus talked about it, Paul talked about it. John wrote about it in Revelation. So, why does it cause so much animosity?

Satan. Let's remember we have an enemy. At this moment, Satan is actually excited about the rapture. Why? Because he knows that he can then take complete control of the earth, set his guy, the Antichrist on the throne and rule the earth through him. This has been Satan's goal from the beginning. To take the place of God. He wants to rule the earth and have mankind bow down and worship him. And he will have his day. 7 years to be exact.

So why would Satan want Christians to not discuss the rapture among themselves? It doesn't make sense. Personally I believe there's a spirit of Anti-Rapture invading the church right now, and it comes from the pit of hell. Why? If Satan is excited about the rapture, why would he not want Christians to discuss it, learn about it, and get excited?  There's only one explanation and that is because he wants as many people to remain for the tribulation as possible. Yes, I'm saying that there will be many Christians left behind, people who attend church and believe Jesus is the Son of God who died for their sins. If you follow me, this is not news to you!.  I have multiple Scriptures to prove why I believe this.

The truth is, if the pastors were doing their jobs, they'd be teaching often on the rapture and pointing out through world events how close we are. If lukewarm Christians sitting in church discovered this truth, they would be motivated to repent and start living their lives for Jesus, start having a relationship with Him, so they'd be ready when He comes. More people would go in the rapture and fewer people would be left behind for Satan to devour.  Believe me, if you're a lukewarm Christian now, in the tribulation, you'll have no choice. Either be on fire for the Lord and be martyred, or take the mark of the beast, worship Satan, and go to hell. There is no in between.

How do you make yourself ready and be found worthy to be taken in the rapture?

Not by works. But by relationship. You must have a deep and abiding relationship with Jesus, be in constant repentance, and put Him first in your life. It's so easy, and yet requires your all. But it is worth it!

If your pastor or Bible study refuses to ever discuss the rapture, seek out Christians who will. If you can't find any, (like me), then seek out good pastors online. Here are the ones I listen to most often.

The imminent rapture is meant to encourage believers, to inspire them, to help them grow closer to the Lord, and to give them hope. That's why it is called "The Blessed Hope" and Paul told us that it is meant to comfort us.. It is meant to wake up sleeping Christians and set on fire those who are lukewarm. It is a magnificent event which all Christians in this generation should be looking for and excited about!

Then we who are alive and remain shall be caught up together with them in the clouds to meet the Lord in the air. And thus we shall always be with the Lord. Therefore comfort one another with these words. 1 Thess 4:17-18


(Whoops, no time for the OT rapture Scriptures. I'll list those next week.)