MaryLu's Musings - The shooting of innocents 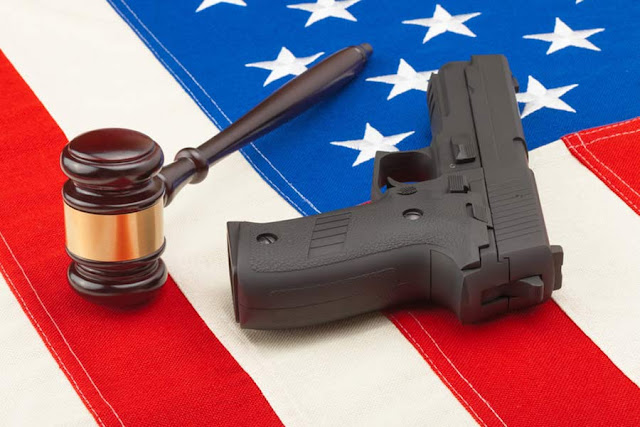 You and your family may be out for a day at the beach or at a park or the fair or simply shopping for school supplies and BAM, some nutjob mows you down with his Rifle. When I was a kid growing up, we never feared for our lives when we went outside our home. We never feared for ours lives at school or work. I mean, why would someone want to kill people he didn't even know?  Yet, this is happening more and more in our society, but what is the cause?

First of all, are guns to blame? What about knives? Hammers, poison? There's a thousand ways to kill someone. True, guns can kill more people in a shorter amount of time, but would taking them away solve the issue. Chicago has the highest gun violence in the nation but they also have the strictest gun laws. The truth is, if someone wants to go on a killing spree, they will find a way to get a gun.

So what would taking away everyone's gun actually do?

While I agree that violence propagated in movies and video games can desensitize people to such things, I still don't think that's the main cause of these acts. Here's the reasons I believe we are witnessing these mass shootings more and more:


Let's face it, it makes no sense for a normal person to pick up a gun and go shoot a bunch of people he or she doesn't know. All of these shooters have one obvious thing in common. They are filled with hate. Although that hate may be directed toward a certain group of people, it is all consuming, even to the point of wanting to die to kill those they hate. Insanity! Right?  But I disagree. I don't think these people are insane. I think they are lost, without God, without hope, without love or meaning to their lives, and because of that, they have allowed themselves to be overrun with demons. What do demons want to do most of all? The same thing their master wants. To KILL as many humans as he can!

No amount of gun laws or entertainment restrictions are going to stop this.

There is only one solution, and His name is Jesus!
In just a few short years, The King of Kings is going to come down from Heaven, plant His feet on the Mount of Olives, defeat all His enemies and set up a Kingdom on Earth from Jerusalem. It will be a kingdom of righteousness, truth, love, and joy like none this planet has ever seen. Honestly, I can't wait!  In this Kingdom, there will be no mass shootings, no wars, no famines or disease, no child molestation, no 25 genders. Families will stay together and people will live in peace and great happiness.

Until that glorious time, I believe things will grow worse and worse. In fact, the Scriptures tell us they will. Why? Because people will continue to turn away from God and follow their own desires, and Satan will have his way and his rule for 7 years.  But in the end, he loses and God wins!  So, hang in there. We are very close to going home. In the meantime, the best thing we can do to prevent this kind of violence is spread the good news of the Gospel and God's love to as many people as possible. Tell them that this life is not all there is, that there is a God who loves them so much, that their lives have meaning, that they are extremely valuable and that through Jesus, they can spend eternity in joy and peace and happiness!  So, be about your Father's business. We are His ambassadors!