Friday's Mad World - Are you stuck in the Matrix? 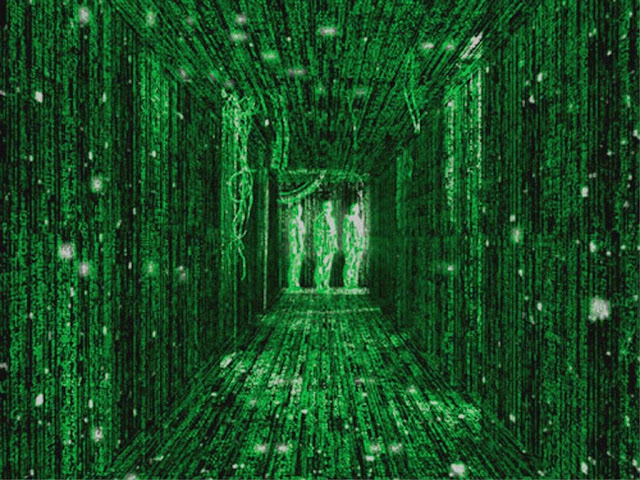 Maybe you are familiar with a movie that was released in 1999 called The Matrix?  It's a science fiction movie, which is not normally my thing, but it really had an impact on me. The storyline goes something like this.


Sound familiar?  It's actually very much what is happening in our present world. The beings are demons. Their job is to deceive, imprison people in that deception, and use them for their own Satanic plans. Those people who are awake are true believers in Jesus. Once they accepted Him and started following Him, He freed them from their prison and they now see the world for what it is. Every day they battle these demonic forces and try to free other people from their dark prisons.

I'm telling you this because some believers in Jesus don't seem to be fully awake. They don't see the true deception all around them and instead are making themselves very vulnerable to being deceived yet again. The problem with being truly awake is that it can be a very frightening thing to see the world for what it is. And I don't want to frighten people. In truth, I wish I could just talk about my books and tell you fluffy stories about my grandkids!  Alas, that is not the task God has assigned me.

The world is not as it seems. We are being reprogrammed by TV, Movies, News, and music. Our children are being brainwashed in school to believe in socialism, government control, vaccines are good, transgenders, LBGTQ is cool, religion is for fools, etc.  The global elites have such incredible technology you wouldn't believe. Weather manipulation, mind control. Look up project Paperclip and MKUltra. Since after WW2, we lured Nazi scientists over here to work for NASA and big corporations. Yes, NASA is evil. Disney is evil. I recently watched a video on Disney that would destroy everything you believe about good ole Walt. These people have been planning their global government for centuries. But they have to keep the people happy and complacent. They need to keep them in the dark about what is really going on. How do they do it? By deception. Lies. Everything is good. Mankind is evolving. Government cares for you.

Anyway, this is great article about the advances in Mind Control. There is irrefutable proof at what the government is doing. However the author also explains how to protect yourself and your family. I hope you take the time to read and watch.


In addition, here's just a smidgen of news this week.

6.5 Quake strikes Indonesia
Mattel just announced a gender-inclusive doll line
Brain chip created for soldiers to take out enemies with their minds
Watch this advanced hologram technology - will be used by the Antichrist
The UNs plan to break apart and occupy the US.  (A must read)
Several dead after 5.8 quake strikes Pakistan
Global Persecution report: Christians are the most persecuted, and it's accelerating
6.3 Quake strikes Puerto Rico
Facebook to buy startup co that will control computers with your mind
Iran's president warms US to stay away as they unveil long range missiles that could hit US bases
Switzerland's Supreme Court denies mother's right to homeschool her son. (this will happen here)
New Video game called "After party" promotes a fun life in hell
You will be chipped whether you like it or not


I'm not trying to depress anyone, believe me. I'm trying to wake you up, so you can protect yourself and your family!  I want you to know you are in a fierce battle as the end of the age approaches, and we all need to be vigilant!  Actually, we should be ever more hopeful as we see the day approaching when we will hear our Lord call us home from the clouds!  So, get out of the matrix. Study, Learn, Ask God for discernment and protection and follow Jesus with all your heart! And then go about freeing other people!