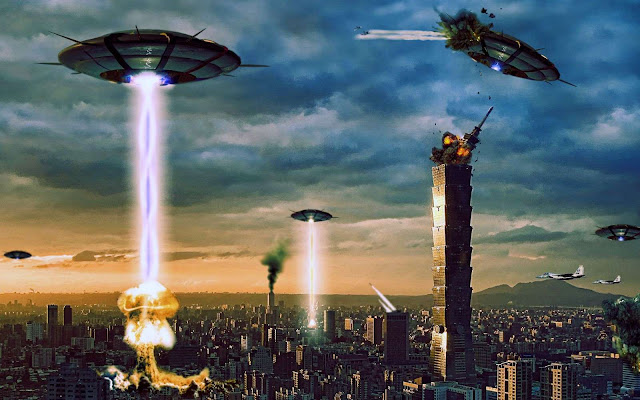 I've mentioned this before, but I think it's worth bringing up again as a reminder and also for anyone new to my blog. Or anyone left behind after the rapture.

In the Olivet discourse (Jesus's end times discussion) in Matthew 24, Jesus had just told his disciples that every stone of their magnificent temple would be torn down. This must have surely shocked them. So they asked him 3 questions. When would this happen? What was the signs of His return, and what were the signs of the end of the age.

The very FIRST thing Jesus says is  And Jesus answered and said unto them, Take heed that no man deceive you. V.4

He continues with this admonition throughout the same chapter
And many false prophets will appear and will deceive many people. V 11
For false messiahs and false prophets will rise up and perform great signs and wonders so as to deceive, if possible, even God’s chosen ones. V 24

There are a host of Scriptures in the New Testament warning people not to be DECEIVED!

But evil people and impostors will flourish. They will deceive others and will themselves be deceived. 2 Timothy 3:13
You must warn each other every day, while it is still “today,” so that none of you will be deceived by sin and hardened against God. Hebrews 3:13
I say this because many deceivers have gone out into the world. They deny that Jesus Christ came in a real body. Such a person is a deceiver and an antichrist.2 John 1:7
Let no one deceive you with empty words, for because of such things God’s wrath comes on those who are disobedient. Ephesians 5:6
I am telling you this so no one will deceive you with well-crafted arguments. Colossians 2:4

Now regarding the end of days and the Antichrist

He will use every kind of evil deception to fool those on their way to destruction, because they refuse to love and accept the truth that would save them. So God will cause them to be greatly deceived, and they will believe these lies. Then they will be condemned for enjoying evil rather than believing the truth. 2 Thessalonians 2:10-12
And with all the miracles he was allowed to perform on behalf of the first beast, he deceived all the people who belong to this world. Rev 13:14
And the beast was captured, and with him the false prophet who did mighty miracles on behalf of the beast—miracles that deceived all who had accepted the mark of the beast and who worshiped his statue Rev 19:20

Seems like with all these warnings, we should really pay attention and be extremely careful not to be deceived. I used to believe that these Scriptures merely referred to crazy cult leaders that have come and gone through the centuries. I also knew that if someone came up to me and said they were the Jewish Messiah, I wouldn't fall for it.  But I believe these warnings have much deeper meanings than  crazy cults and false Messiahs. In Matthew 24, Jesus says that even some of God's elect will be deceived. In Rev 13, it says the Antichrist deceived ALL the people of this world.

In other words, there is a major deception coming upon the world that will cause most people to completely fall for it. Most people on the earth will believe it, follow the Antichrist and get the Mark of the Beast.  It is my opinion that many Christians will fall for it too.

What is that deception?
That God did not create mankind, but that an advanced species of creatures from another planet put us here as an experiment, OR they "seeded" the planet so humans could evolve, and they've been watching us for thousands of years. Hence there is no God. They are our gods. They will show up in big spaceships just like the movies and they will say that they had to reveal themselves because they saw we were about to destroy the planet.  We will see the spaceships in the sky. We will watch as these creatures come down to earth and speak with our leaders. They will appear very benevolent and very intelligent and they will appear to really care for humans like their own children. They will say they can show us a better way to live, better technology, healthcare, etc. And people will be so thrilled, they will bow at their feet.

Just stop and think about that for a minute. A person's faith in Jesus and the Bible would have to be really strong, and their relationship with God really tight in order for them to resist such an In-Your-Face fact happening before their eyes. I can see many Christians starting to doubt the Bible and their faith, especially when these creatures will malign the Scriptures and give a great explanation for all the miracles people may have witnessed.

The problem is these creatures won't be from another planet. They won't be aliens at all, but instead they are demons and Nephilim (the offspring of fallen angels and human women) who have been planning this since the fall of man in the garden. Instead of loving mankind, they actually hate mankind and are hell bent on killing every human on the planet.

Have you ever wondered how the Global elite will explain away hundreds of thousands, even millions of people suddenly disappearing in the rapture? They can't deny it happened, yet at the same time, they don't want people believing the Bible. The best explanation will be that all of us were kidnapped by the aliens because of our old-fashioned, conservative viewpoints. They will tell everyone that we are being treated well and re-programmed to believe in a more "progressive" agenda so that we don't hold back progress with our archaic fantasies.  People will believe this! Why? Because they will have known us... they will have known that we were Jesus freaks. They will agree that our beliefs were wrong and even hateful (LBGTQ is a sin)  And they will believe because people have been kidnapped by UFOs for centuries.

Ever wonder why all of a sudden UFO sightings are becoming mainstream, accepted, and even broadcast on reputable news sources?  Also just think about all the movies that have come out in the past 30 years about Aliens invading and life on other planets.  They have been preparing us to accept this. It used to be that only bug-eyed crazy people who drank too much coffee and owned high level telescopes believed in ETs.  Now, it's accepted as fact.

Am I saying this is the Great Deception Jesus spoke about? I have NO idea. But it sure seems like a good enough deception that might even fool the "elect."   Hence, I'm putting out this warning now, and I've added it to my "Left Behind" letter I'm leaving for family members and friends. I pray you'll do the same.


P.S. Forgot to mention that the Vatican has a telescope here in the US that's purpose is to search for extraterrestials. The name of the telescope is L.U.C.I.F.E.R    I kid you not.