A wee bit of Book News!

For those of you waiting for the release of She Walks in Majesty, you'll be pleased to know that I've finished the book and it is now in the hands of my ever-so-wonderful editor, Louise M Gouge!  Once I receive that back from her, I will fix any errors she found and then send it out to my Motley Crew, who are my early readers and reviewers!   I will also send the book out to other authors and professionals for endorsements.

In early January I will reveal the cover, which I think is one of the best I've seen. My cover designer is incredible.  Then, if all goes well, I hope to have the book out early. My target date was March 1st, but it's looking like Mid-February may be the release date!!!

For those of you not familiar with this book, it is the third (and final) in my Protectors of the Spear series, which is a Medieval Fantasy series centered around the Spear of Destiny, which is the roman spear that stabbed Jesus as He hung on the cross.


A lady facing an impossible task in a world she does not belong
A knight seeking revenge for the murder of his family
A powerful man intent on killing them both
Will the power of the Spear be enough to save them? Or will they have to make the most difficult choice of all? 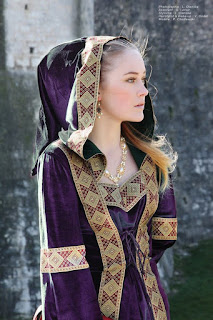 With only a worn document in hand and the Spear of Destiny strapped to her thigh, Seraphina De Mobrey, the new Protector of the Spear must convince the king that her friends are innocent of treason and rescue Luxley castle from the hands of an evil overlord. Who is she to embark on such a lofty task but a lowly servant, an orphan abandoned by her parents at birth? Yet each step of the way, the Spear grants her favor, protects her, and opens a path for her to enter the Royal palace. What she finds there is naught but lies, greed, deception, and a danger that threatens her very existence. 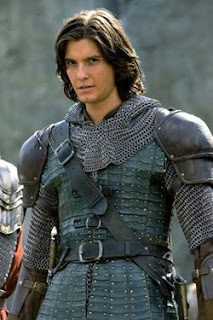 Sir Damien LaRage, knight of the elite King's Guard would do anything to protect Seraphina and save his friends, anything except give up his quest for revenge against the person who murdered both his parents long ago. Returning to court, to a world of secrets, deceit, and power is exhilarating at first, but then things become dangerous when he must protect Seraphina from all who would do her harm. Even himself. For he soon discovers that he must choose between saving her or getting his revenge.

The king is ill, and evil takes over the throne as Seraphina must run for her life, and Damien is left to battle against forces not of this world. Meanwhile, darkness suffocates the Knights of the Eternal realm. leaving them defenseless against evil powers that have taken over Luxley. Only Seraphina and the Spear of Destiny can save them now.

I will post links when I put it up for Preorder!  In the meantime, if you want to be notified when I have a new release, please follow me on BookBub and Amazon!


Other news:  I'm currently reviewing the narration for The Restitution, and if all goes well, I will release the audio version of that book in January.  Thus far, I will have 5 out of 6 books in my Legacy of the King's Pirates series in audio, with only The Reckless remaining. So, if you're an audio fan and you love my pirate series, be on the lookout for The Restitution!  The narrator, Becky Doughty, does a fabulous job!

That's it for now!  Many blessings to you all!  May we all keep our eyes on Jesus as we enter the time in which we celebrate His birth.