It's Easy to leave Egypt, but much harder to enter the Promised Land 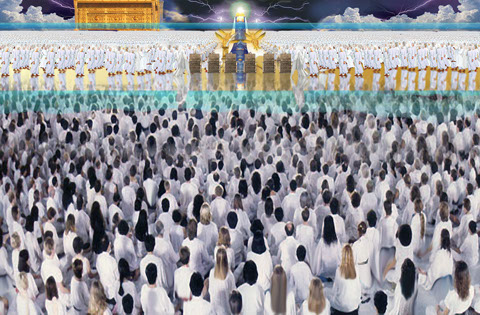 See to it that you do not refuse to listen to Him who is speaking to you now. For if those sons of Israel did not escape when they refused to listen to him who warned them on earth revealing God’s will, how much less will we escape if we turn our backs on Him who warns from heaven?  Hebrews 12:25

If you know your Bible at all or any part of the history of the Israelites, you know that the Israelites were slaves in Egypt for 400 years, and it was only by the power and grace of God through Moses that they were freed and allowed to leave. Throughout Scripture Egypt has always represented the world or the evil world system. The entire story of how God delivered them and brought them to the promised land, though it is real history, is also an allegory about our Christian walk.  You see, after Pharaoh released the Jewish people, it was very easy for them to receive the grace of God, gather their things, and walk out of Egypt.  This would be akin to a person hearing the Gospel and believing in Jesus and saying a prayer for Salvation. That's the easy part!  And praise God for it!!  His grace and salvation are free. All we have to do is receive it.

Now, the work begins.  The journey to the promised land can be compared to our journey after receiving Jesus until we get to heaven. It's fraught with dangers, heartaches, hard work, tests and trials. Why does God put us through that?  Like any good parent, He wants us to grow up from babies to mature adults. In addition, He wants to develop a relationship with us. He wants children, family, and He doesn't want people who don't truly love Him.  God does not want a bunch of whiny babies who only follow Him for the goodies He gives. He wants mature children who love Him for who He is and who are fully submitted to His will.

Do you know how many of the adults made it to the promised land out of the estimated 2 million people? TWO.  Only two. Joshua and Caleb. The rest of the adults who left Egypt died in the wilderness for their unbelief and disobedience.

I believe we can equate this to the number of people who will actually be taken in the rapture. God isn't interested in a bride who is lukewarm

So then, because you are lukewarm, and neither cold nor hot, I will vomit you out of My mouth Revelation 3:16

He isn't interested in a bride who believes in Him but continually and purposely disobeys His commands.

For if we sin willfully after we have received the knowledge of the truth, there no longer remains a sacrifice for sins, but a certain fearful expectation of judgment, and fiery indignation which will devour the adversaries. Anyone who has rejected Moses’ law dies without mercy on the testimony of two or three witnesses. Of how much worse punishment, do you suppose, will he be thought worthy who has trampled the Son of God underfoot, counted the blood of the covenant by which he was sanctified a common thing, and insulted the Spirit of grace?  Hebrews 10:26-29

We know that whoever is born of God does not sin; but he who has been born of God keeps himself, and the wicked one does not touch him.  1 John 5:18

If we say that we have fellowship with Him, and walk in darkness, we lie and do not practice the truth 1 John 1:6

Jesus wants your love, and the expression of your love is that you obey Him. You must submit your will to Him and make Him Lord. It isn't a suggestion. If you don't, if you think your belief in Him alone will get you to the promised land, you're treading very dangerous waters.

Do you know what the mantra is for the church of Satan?   "Do what thou wilt"    Satan knows that if you don't submit your will to God and just do whatever you want, you will end up in hell. And yes, it exists.

I'm trying to warn as many people as I can before we hear that trumpet call and the true bride is snatched up to be with the Lord. Because after she is gone, it's going to be hell on earth. It's going to be extremely hard to get saved and to stay saved, and most likely you'll lose your head for your faith. Yet, there will be GREAT multitudes saved during the Tribulation.  How do I know?

After these things I looked, and behold, a great multitude which no one could number, of all nations, tribes, peoples, and tongues, standing before the throne and before the Lamb, clothed with white robes, with palm branches in their hands,   Revelation 7:9. ....
Then one of the elders answered, saying to me, “Who are these arrayed in white robes, and where did they come from?”And I said to him, Sir, you know.”

So he said to me, “These are the ones who come out of the great tribulation, and washed their robes and made them white in the blood of the Lamb. Therefore they are before the throne of God, and serve Him day and night in His temple. And He who sits on the throne will dwell among them. They shall neither hunger anymore nor thirst anymore; the sun shall not strike them, nor any heat  Rev 7:13-16

Notice that they were hungry and struck by scorching heat. They were hungry because without the Mark of the Beast, they couldn't buy food, and the heat was one of the bowls of God's wrath. But what struck me the most was the GREAT Multitude that no one could number.!

God is sending out an invitation to a Wedding and He wants you there! To accept, you repent of your sins, believe in Jesus, and submit your will to Him. Then get to know Him, spend time with Him, read His Word, follow Him with all your heart. He wants your love and commitment. What husband wouldn't require that of his wife?  If you don't. If you insist on loving this world and the things of this world and having your own way, then you may be one of that Great Multitude who finally came to their senses after the Bride left. But I guarantee you that you will regret every second you spend in the Tribulation.

Accept the free wedding invitation now while there is still time. For I fear the door will soon be closing.

Come, my people, enter your chambers,
And shut your doors behind you;
Hide yourself, as it were, for a little moment,
Until the indignation is past.
For behold, the Lord comes out of His place
To punish the inhabitants of the earth for their iniquity
Isaiah 26:20-21