The Two Children of Israel, Pre-Trib, and How God Protects His Own! 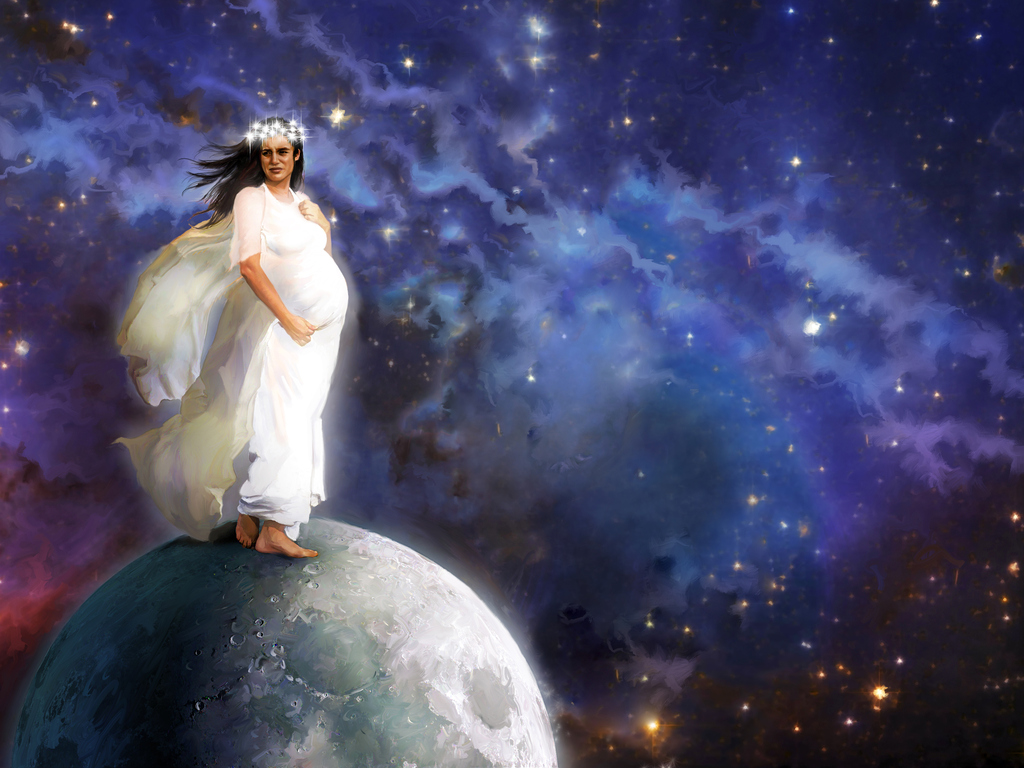 We all know that Israel is God's Chosen People. But did you know that God, Himself, married Israel? He did this at Mt. Sinai when Moses returned with the conditions of the covenant and asked the people if they would agree to them. The covenant was a covenant of marriage, or a committed relationship between God and Israel. But, Israel rebelled and broke that covenant by committing adultery and going after other gods, so the Lord God divorced them. Yes, God divorced Israel.
Then I saw that for all the causes for which backsliding Israel had committed adultery, I had put her away and given her a certificate of divorce; yet her treacherous sister Judah did not fear, but went and played the harlot also. Jeremiah 3:8
Yet God's plan has always been to have children! He wants a family. He longs for children who will truly follow and love Him. So, He sent Jesus, His only Son to die and take on all the sins of the world, so that all who trust in Him, follow Him, and commit their lives to Him will become Children of God!
For as many as are led by the Spirit of God, these are sons of God Romans 8:14
We who are true believers are God's children. Does that mean He has given up on Israel? NO Way!  The Bible is clear that God will extract from Israel a remnant of the Jewish people who will be truly committed to Him in every way. Unfortunately, this won't occur until the Tribulation, which Biblical scholars call Daniel's 70th week.  The purpose of this final 7 years on earth is to bring the Jewish people into salvation. You can read about it in Daniel 9.
So, we've learned that Israel will produce TWO children. The first child is the Church (Not only was Jesus Jewish, but Christianity came from the Jews!)  The 2nd child will be the remnant of Jews who finally believe. With that in mind, let's look closely at these super cool verses in Isaiah 66
God, speaking of Israel

Before she was in labor, she gave birth; Before her pain came,
She delivered a male child.
Who has heard such a thing?
Who has seen such things?
Shall the earth be made to give birth in one day?
Or shall a nation be born at once?
For as soon as Zion was in labor,
She gave birth to her children.  7-8

BEFORE Israel went into labor? What labor? Well, we know from Scripture that Israel's labor will be the 7 year Tribulation. Jesus also uses the analogy of labor pains when talking about the end times, as does the Apostle Paul

For when they say, “Peace and safety!” then sudden destruction comes upon them, as labor pains upon a pregnant woman. And they shall not escape. 1 Thess 5:3

So, we must ask then who is this male child Israel delivered BEFORE the Tribulation? Since Israel will only have 2 children, it has to be the church! We see this is just more evidence of a Pre-Tribulation Rapture.

Now a great sign appeared in heaven: a woman clothed with the sun, with the moon under her feet, and on her head a garland of twelve stars. Then being with child, she cried out in labor and in pain to give birth.

This Great Sign is Virgo representing the Virgin Mary or Israel itself. The actual sign appeared in the sky above Jerusalem on September 23rd, 2017. I wrote extensively about in in a prior post (link above). So Israel is in labor.

And another sign appeared in heaven: behold, a great, fiery red dragon having seven heads and ten horns, and seven diadems on his heads.  His tail drew a third of the stars of heaven and threw them to the earth. (We know from other Scriptures that this is Satan) And the dragon stood before the woman who was ready to give birth, to devour her Child as soon as it was born.  She bore a male Child who was to rule all nations with a rod of iron. And her Child was caught up to God and His throne. Then the woman fled into the wilderness, where she has a place prepared by God, that they should feed her there one thousand two hundred and sixty days.

The Child in RED is Jesus. Child = Greek Word (huios) Strongs 5207
Meaning: son, kingshiip, Son of Man, Son of God, Son of David, my beloved Son
.
The Child in Blue is the church. Child =  Greek word(Teknon)    Strongs 5043
Meaning: daughter, son, figuratively used as children of God
This is a dual prophecy. On the one hand, it speaks of Satan trying to destroy Jesus as soon as he was born and on the other it speaks of Satan trying to destroy the church before we are birthed from the earth. But the church is CAUGHT UP to God. Jesus was never caught up. He ascended.
Caught up or"Seized" = Greek Word (Harpazo)
Meaning: to Snatch or catch away, take by force
Then we see Israel fleeing to the desert (Some say this is the city of Petra) after they realize who the Antichrist is and how they have been deceived.
So what is my point?
I want to leave you with these additional words of comfort from Isaiah about the Rapture.
Thy dead men shall live, together with my dead body shall they arise. Awake and sing, ye that dwell in dust: for thy dew is as the dew of herbs, and the earth shall cast out the dead.
Come, my people, enter thou into thy chambers, and shut thy doors about thee: hide thyself as it were for a little moment, until the indignation be overpast.
For, behold, the Lord cometh out of his place to punish the inhabitants of the earth for their iniquity: the earth also shall disclose her blood, and shall no more cover her slain.
Isaiah 26: 19-21
Here we see the resurrection of the dead which will happen at the rapture and God's call for us to come up into "thy chambers" where He will keep us safe until the indignation is past.
The Hebrew word for chambers here is cheder which means a bed chamber. It is the wedding chamber of the newly married!
The Hebrew word for Indignation is za`am which means the wrath of God
I don't think it gets any plainer than this! So, be encouraged! God has not appointed us to wrath.
For God did not appoint us to wrath, but to obtain salvation through our Lord Jesus Christ, 1 Thess 5:9
And He is coming soon to rescue those who are His!!