You've Received a Marriage Proposal. What will you do with it? 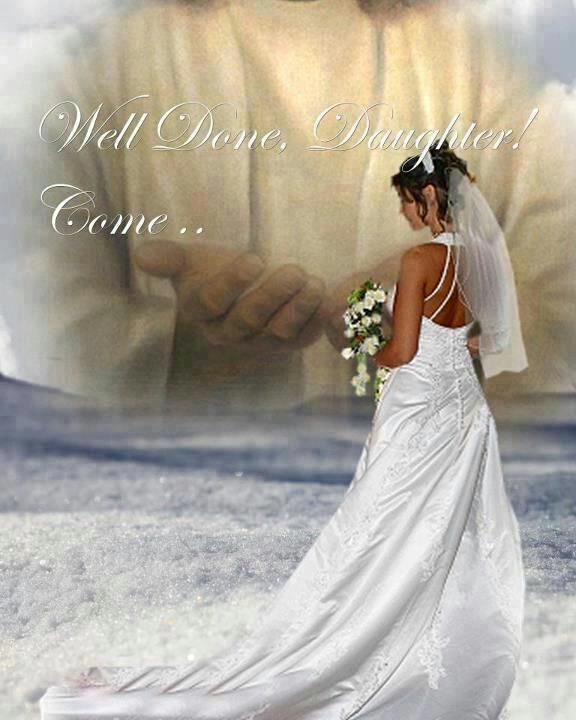 God's entire purpose for creating mankind is to have a family. God wanted children, people who He could love and who would love Him. Who doesn't want that? He placed that same desire within all of us!

For this reason I bow my knees before the Father from whom every family in heaven and on earth derives its name [God—the first and ultimate Father]. Ephesians 3:14

In fact, the entire Bible is a love story, a tale of how God after mankind rebelled, is making every attempt to rescue us back from our enemy's hands. He does this by a marriage that produces children. First God married Israel, longing for the Jews to be His special children. Later He divorced Israel after she played the harlot. (But even so, He has a plan to win her back during the Tribulation). Then God sent His Son to earth to die for our sins, rise again, and through the covenant of His Blood, we who agree, are now engaged to Jesus. That's right. engaged!

Throughout Scripture we see many references and typologies of weddings. Toward the end of His ministry, Jesus's language to His disciples included the same phrases a groom would say to His Bride. I don't have time here to list all of that, but if you're interested, I encourage you to watch the movie "Before the Wrath". It displays so beautifully the customs and language of the Galilean Marriage. Jesus's disciples would have known exactly what He was talking about. This is a great article that explains everything if you are interested.

The Gospel message is at its core, a marriage proposal. The Groom who wishes to marry you is a Man who has died to pay the penalty for every sin and mistake and failing you have ever made. He is God, Himself, who wishes to rescue you from an eternity in hell. In order to do that, you must become His Bride. (Guys, don't freak out at the terminology. This is not about a physical union)

Jesus Died, rose again, and extended the marriage proposal to everyone on earth. Then He returned to heaven to prepare a home for His new bride.  Anyone and everyone can accept His marriage proposal. They can say Yes, I'll marry you! But then what? In ancient Israel, when the groom went away to prepare a home for his new bride, it could take a long time. Some say up to a year or more. During the time, the bride was supposed to be preparing herself to be the best wife she could be. She had to stay true to her groom and be faithful, learn how to run a house, make her wedding gown.

It's one thing to accept the marriage proposal, but it's another to actually go through with the marriage. We see that in our present day. How many engagements have gone sour before the actual wedding day? It's easy to break off an engagement. It doesn't involve any lawyers or court dates. Several things can cause a break up.

The thing is, it's easy to accept the proposal (get saved and enter the narrow gait), but quite another thing to make it to the wedding. The LONG road of life spans out before us, and so often it seems like an eternity. The path to the wedding is unlike any other road, for it is narrow and filled with dangers.  There are many bumps, potholes, rocky ledges, cliffs and even high mountains to climb. Along the way there are predators trying to kill us, other people on the road trying to distract us, and still others sent to lie to us. To make matters worse, we have an enemy who is cunning and wise, and he will try everything in his arsenal to get us to not make it to the wedding. He wants us to switch to the wide road where it looks like everyone is having so much fun.
A highway shall be there, and a road,
And it shall be called the Highway of Holiness.
The unclean shall not pass over it,
But it shall be for others.
Whoever walks the road, although a fool,
Shall not go astray. Isaiah 35:8
So how much do we love our groom? How much is marrying Him worth to us? How many battles must we fight? How many temptations must we resist? How much pain must we endure? That's the crux of the matter. How much do we love Jesus?
The good news is, our groom has not left us alone. He has sent an emissary from His kingdom, a guide and protector, who is always with us. We call Him the Holy Spirit. He is shy, however, and quiet, and easily disturbed when we sin. He is also a gentleman, like Jesus, and if we do not listen to Him or want Him around, He will leave.
The sad thing is, many who first accepted the proposal, will not make it to the wedding. They will give up when the going gets tough. They will turn aside off the road to go after another love. They will get tricked into believing the groom doesn't love them or the proposal is just a myth. Even worse, they will fall for the lie that you can still get to the wedding on the wide road.  Therefore, they go after other lovers, put other people and things above their groom, and do things they know their groom would not like. They break off the engagement by their actions. They are no longer on the narrow road.
And Jesus answered and spake unto them again by parables, and said,
The kingdom of heaven is like unto a certain king, which made a marriage for his son,
And sent forth his servants to call them that were bidden to the wedding: and they would not come.
Again, he sent forth other servants, saying, Tell them which are bidden, Behold, I have prepared my dinner: my oxen and my fatlings are killed, and all things are ready: come unto the marriage.
But they made light of it, and went their ways, one to his farm, another to his merchandise:
And the remnant took his servants, and entreated them spitefully, and slew them.
But when the king heard thereof, he was wroth: and he sent forth his armies, and destroyed those murderers, and burned up their city.
Then saith he to his servants, The wedding is ready, but they which were bidden were not worthy.
Go ye therefore into the highways, and as many as ye shall find, bid to the marriage.
So those servants went out into the highways, and gathered together all as many as they found, both bad and good: and the wedding was furnished with guests.
Matthew 22:1-10

At the moment, with all the mayhem and evil in the world, I know the road seems to go on and on forever. Will we ever reach the wedding? Where is our groom? Why hasn't He come out to meet us yet and bring us to the home He made for us?

Don't lose heart. Don't allow the enemy to frustrate and discourage you! And don't allow him to tempt you to leave the highway of holiness. Keep struggling onward. Keep the faith! Keep your armor on. Keep your eyes on Jesus and on the wedding up ahead.

For our light affliction, which is but for a moment, is working for us a far more exceeding and eternal weight of glory, 2 Corinthians 4:17

Let’s rejoice and be glad and give the glory to Him, because the marriage of the Lamb has come, and His bride has prepared herself  Revelation 19:7