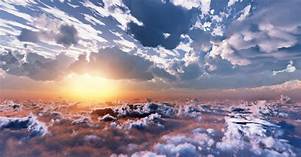 Even though our new president said on an interview on TV that using executive orders was akin to being a dictator, in the first few weeks of his presidency Joe Biden has signed at least 40 Executive orders.  I'll let you look them up yourself. Remember the language is flowery and someone ignorant of how our government should work may just nod and say,"that sounds great", but there's always repercussions down the road.  For example Biden raised the minimum wage to $15, but many people don't realize that businesses who can't afford to pay their employees that will either have to lay them off or close shop. Or the order that closed down the Alaskan Oil Pipe line.  Good for the environment? That's debatable. But thousands of people lost their jobs and in the long run, America will lose our energy independence (Thanks to Trump)  and once again have to rely on the Middle East for oil. Not to mention, you should plan on much higher energy bills and gas bills coming your way.

For the record, it is this author's educated opinion that Climate Change is a hoax perpetrated on the people of the world by the globalists in order to gain power, money, and ultimate control.

While we were sleeping, China has bought up over 150,000 acres (last estimate) of American Farm land. You know who else is buying up farmland? Bill Gates. He just purchased more than 242,000 acres in 18 states. Hmm. I thought he was a high-tech guy who likes to dabble in killer vaccines. Why is he buying up farmland?

Other disturbing things Biden has done

Rescinded Trumps order not to pay for abortions overseas. So now our tax dollars go to kill babies all over the world

Rescinded Trump's transgender orders so that now boys (who think they are girls) can play in girls' sports and use girls' bathrooms.

But one of the most alarming things to me is the talk from both politicians and news media, along with the introduction of a bill, that would classify all conservative, Trump supporters, or Christians as Domestic Terrorists who need to be rounded up and reprogrammed.  I honesty never thought I'd see the day in this country when people would be silenced, shunned, and banned for speaking their minds. But this? People who think differently than you do need to be rounded up? Re-educated? Wow.

I guess we knew these things were coming. Hold on, Biden is just getting started. He's opened the Border, instantly turned illegals into citizens, and halted Trump's mandate to teach the real American History in school. If they can get the kids, they can get the country. And don't think China is not behind this. China wants our land. They are running out of natural resources and are overpopulated. They have their eye on America.
Oh, and for the record, don't take the vaccine. Many are dying from it. If it doesn't kill you, it eventually will. It makes your body more susceptible to the next Corona Virus that comes along. They want to de-populate the world. It's been one of their goals since the beginning of the demonic, Satan-worshiping Global cabal. If you have already taken it, ask the Lord to remove all the bad stuff. He will!
Well, I wanted this to be a positive post. Sorry. I guess I had a lot on my mind. But I feel the need to warn you. Still. there is good news. God wins! And if you're on His side as His child, you win too!  He's coming soon. We don't need to fear all these things coming on the world. Please don't fear. Just keep an eye on things. Keep informed but spend most of your time thinking about things in heaven where Jesus is making a home for you this very moment!
He's coming very soon! Very Very Soon!