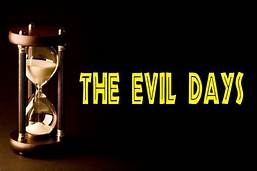 I hate giving much of my time to the enemy's plans, but I do try to keep up with them a little so I don't live with my head in the sand, so I can pray, and also so I know how close we are to seeing our Lord. I've been collecting only the most shocking articles over the past week. Browse and read as you are led. Things are moving rapidly.  Many of my own family members and friends are getting the Jab. It shocks me that so many don't do their homework and simply line up and, instead, trust their government to have their best interests at heart.
Anyway, I'm trying to spend more time with the Lord, in praise and worship and in His Word than I do with the news. So, if you are easily upset, or if you are short on time, I encourage you to do that instead of keeping up with the news. The enemy can do his worst, but he is ultimately a loser and will end up in hell.
Remember this is a spiritual battle and take it from me, that battle is heating up. I have lost family members who I have been praying for for years, fasting, doing battle, and lately one in particular has been meaner to me than he's ever been. There is no reason other than the enemy is fighting to keep him. But the Lord already told me he is marked for the Kingdom!  So I keep fighting, knowing the Lord has already won the victory!
This is a man I trust who I listen to often
Who is our real enemy
The Dangers of Vaccines
Dr. Sherry TenPenny on the Covid "Vaccine" and what it does to your body
Personal Testimony of a Canadian doctor about the Covid Hoax
Dr. Vernon Coleman Covid-19 Vaccine is a weapon of Mass Destruction and could wipe out humanity
WHO Insider blows whistle on Bill Gates and GAVI
Walmart pushes for digital Global vaccine credentials
Marvel to introduce first Gay Captain America
LBGTQ activists want to silence your pastor
Biological male wins the Miss Nevada contest
57 Black leaders warn Congress that the "Equality Act" is a Sword against Faith Institutions
Jews returning to Israel will be forced to wear an ankle bracelet in forced quarantine
Netflix Cartoon mocks NRA with blasphemous "Jesus" who loves guns and sex
Satanist on TikTok thanks progressive Christians for opportunity to unite in common views
Don't trust Franklin Graham. He is pushing the vaccine, even saying Jesus would take it!
Pope Francis calls for a Post-Covid "New World Order"
If this guy isn't the False Prophet, I don't know who is.
The Coming Global enslavement through digital currencies
China is weaponizing illegal immigration as a genocidal tool against the US
Washington University Scientist calls for tracking and reporting of college students who take "Creationist" courses
Canadian father jailed for speaking out against biological daughter's gender transition
I recently wrote my congresswoman about the H.R. 5 Act which will essentially make Christianity and the Bible a crime... and here's her response.

Thank you for contacting me to express your concerns about H.R. 5, the Equality Act. I appreciate that you took the time to share your thoughts with me.

I oppose all forms of discrimination and firmly believe that LGBTQ individuals, like all Americans, deserve respect and freedom from discrimination regardless of their sexual orientation or gender identity. That’s why I support the Equality Act, which would amend the Civil Rights Act and the Fair Housing Act to outlaw discrimination based on Americans’ sexual orientation and gender identity in employment and housing, as well other areas of public life. The House passed the Equality Act with my support on February 25, 2021, and it now awaits further consideration in the Senate.

Again, thanks for being in touch. While we may not agree on this issue, I encourage you to contact me on issues of interest to you in the future. If I may ever be of any assistance to you or your family, please do not hesitate to contact me.

MaryLu Here:  Do not fear any of this. God is on the throne and if you believe in Jesus and are committed to Him, you are safe! God knew all this would happen, and He told us about much of it in His Word, so we would see that He is in control and that He wins in the end. How much will His Bride have to endure before He comes? I don't know. But I do know this. Nothing will compare to the glory of an eternity with our Lord. Nothing.
I believe we are very close as we see the Global Government rising, the monetary system becoming digital, the uptick in UFOs, the enormous rumbling and shaking of the earth, the incredible explosion of evil, the apostasy of the church and many of its leaders. the persecution of Christians, and the death vaccine being forced on an unsuspecting population.
Come, Lord Jesus, come!!
Posted by MaryLu Tyndall at 12:30 AM