My good friend and excellent author has just released a new Medieval Romance! You know I don't promote many other authors' books here, only the ones I trust are great!  So, please give Debbie Lynne a warm welcome and consider purchasing her book! Though it is the 2nd book in the series, you don't have to have read the first one to enjoy it.
Sword of Trust
Book 2 in the Winds of Change Series 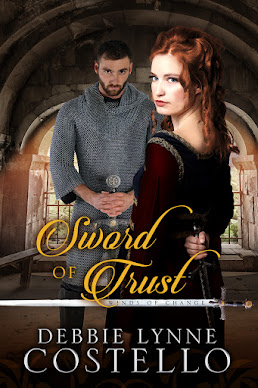 Deirdre Mackenzie has spent her life hiding from her father and hating the English. However, when she is caught stealing from an English laird, his unexpected kindness begins to melt away her hatred and strums lonely heartstrings longing for love. Bryce Warwick discovers the “boy” caught with his livestock is actually a young woman. After several attempts to lure the truth from her, he determines she is as deceitful as his late fiancée who nearly cost him his life. But the woman is the least of his worries with the turbulence brought on by threats of another border war and by King Richard's distrust of the nobles.
With old wounds in need of healing and adversaries who would ruin their chances at true love, both must learn to trust in a way they never knew possible.
The stakes are high, secrets prevail, and treason is just a kiss away.
Purchase from Amazon
Tell us a little bit about the book and the Medieval Time period, Debbie Lynne.
Thank you, MaryLu for having me on your blog! This sequel has been a long time coming. I wish I’d written this book years ago! It was so much fun to write. It’s also easier for me to immerse myself in a time period and stay there. When I’m gone to long I have to do my research all over. I just don’t remember all those details. I thought I’d share a couple interesting facts about the medieval life.

Life for the average person in medieval times was hard, but pretty simple. There obviously wasn't the local grocery store or clothing store where one could run down to and get the needed item. That being said, television often depicts the medieval man like he only wore brown clothing and lived in a drab world. But that couldn't be farther from the truth. They may not have had the rich dyes that produce the vibrant colors we have today, but that didn't keep them from having colored clothes. They used vegetation to dye fabric and with those dyes they were able to produce bright yellows, greens, and reds—far from boring colors of television or movies. One can just look at the old paintings and tapestries to know they loved color as much as we do!

I mentioned no local grocery stores, what do you think might be a valuable food commodity in the year 1000? This food was considered so valuable it was even used to pay taxes. The food was honey. The 11th century man was known to say, It is a lucky day when a swarm of bees settled in your thatch. Thatch of course being what the medieval person used as a roof. For those who were lucky enough to have a swarm in their roof, not only received honey, but propolis, a building material, that is a reddish resin used by the worker bees. Propolis was a great healing balm used for treating wounds and was highly valued. But those bees nesting in the home owner's thatch, not only gave the owner honey and propolis, but the beeswax brought an even higher price than an equal amount of honey.

I love the medieval time period, although I don't believe I'd like to have lived during that time. Life was hard. But it is a fun time period to write about. 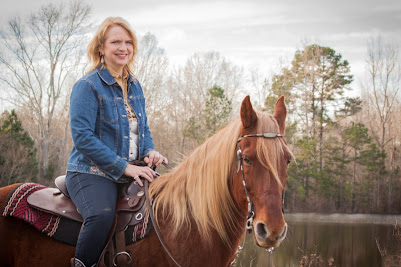 Debbie Lynne Costello is the author of Sword of Forgiveness, Amazon's #1 seller for Historical Christian Romance. She has enjoyed writing stories since she was eight years old. She raised her family and then embarked on her own career of writing the stories that had been begging to be told. She and her husband have four children and live in upstate South Carolina with their 4 horses, 3 dogs, a miniature donkey, and 6 pekin ducks.
Please travel along with Debbie Lynne on her blog tour and learn more about the book and about her!
March 15th- The Grammar Princess
March 16th –SwordOf Trust: Book Review, Author Interview, and Giveaway!! – Jessy(faithandbooks.com)
March 17th – Sunnie Reviews
March 18th - Simply Susan
March 20th – Older and Smarter
March 21st –Tome Reviews By Elizabeth (@t.r.b.e) •Instagram photos and videos
March 21st  –Anne Payne Blog
March 22nd – The Sword and the Spirit
March 24th - Reading Is My SuperPower - BOOK REVIEWS, GIVEAWAYS, AUTHOR INTERVIEWS
Thank you so much, Debbie Lynne for stopping by!
If you would like to be entered to win an Ecopy or paperback (US only) of the book, please comment below.