Will there be a Great Revival or Great Awakening before the Rapture? Important! Please read! 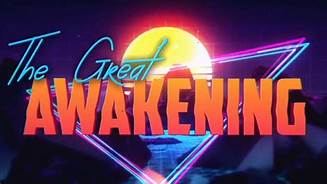 When the antichrist shows up on the world scene, the followers of the New Apostolic Reformation, Word of Faith, New Agers, Mormons, Hindus, and Buddhists will have been well prepared to embrace his message of pagan spirituality and ecumenicalism backed by signs and wonders as described in 2 Thessalonians 2:9-11: