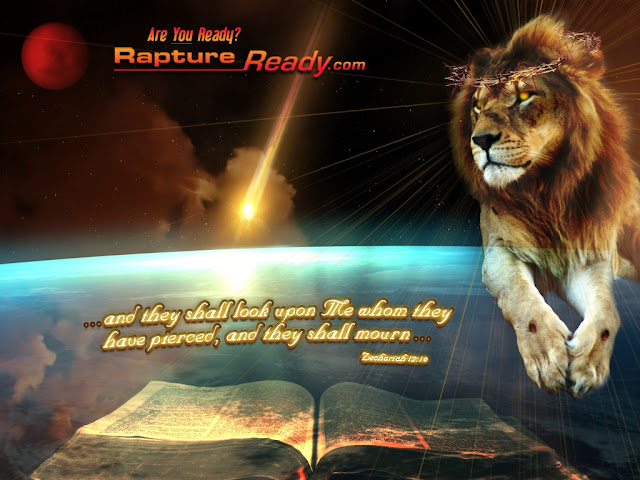 Saints, there's a ton of false teaching out there, some even from Godly reputable preachers who say that everyone who ever received Jesus or believes in Jesus is saved and will go in the rapture. They cite various Scriptures that talk about grace, mercy, God's forgiveness, how no one can snatch us from God's hand, how we are sealed to the Day of Redemption, etc..  ALL great passages. But I always caution people not to pluck out a few Scriptures here and there to suit your beliefs, while not looking at Scripture as a whole.

I don't believe everyone who believes in Jesus is going in the rapture. Some people call this doctrine The Partial Rapture theory. I actually hate that term because it implies that Jesus isn't coming for His entire Bride, but rather a "worthy" portion. That's not at all what the Bible says or what I believe.  If He were only coming for those worthy enough, then that would be a works based Gospel. Nothing we can do as far as works go can ever "Save" us. Only the blood of Jesus can do that.

I'm listing several posts below I have already made on this topic, complete with Scripture references for further study.

Who Goes in the Rapture?
Pray to be Counted Worthy to Escape
Only those who listen and obey will be my bride
How to be sure you're going in the rapture
Law vs Works: Once saved always saved?

All those who are truly saved will be raptured! From the homeless bum on the street to the evangelist preaching in the pulpit. It doesn't matter.

If I had to boil down what it means to be saved, and hence raptured, I would use this simple phrase. You must have a relationship with Jesus. This is not just a "belief" or a prayer now and then, or even reading a casual devotion each morning. it's actually quite simple.

As an example: Let's say there's a famous person you have an obsession with. Perhaps it's an historical figure or a current movie star or singer or even a world leader. Let's just choose a movie star. So you read every book or magazine article about that person. You know all about their childhood, their parents, where they grew up, their education, when they got their first breaks, all their films, accolades, awards, and friends. You know who they married, how many marriages, what children they had. You follow their every move on the internet, social media, and in TV and Movie appearances. You feel like you know them! You feel like you are best friends with them! Right? So, one day you are walking down the street and there they are, walking right toward you heading into a restaurant. You dash up to him or her and you greet them like you would a long, lost friend, but to your utter dismay, they turn to face you with a look of confusion and maybe disgust and they say. "I don't know you. Please leave me alone."

This is exactly what many Christians do to Jesus. They know every thing about Him. They've read the Gospels, the entire Bible even. They've listened to countless sermons, done a thousand Bible Studies, maybe even taught some of those Bible studies or even preached from a pulpit! Maybe they've even preformed miracles in Jesus's name or evangelized and brought others to Him.

But they don't have a real relationship with Jesus. He doesn't know them or recognize them. (Yes, He's God and He knows who they are, but they have never really taken the time to know Him)

“Not everyone who says to Me, ‘Lord, Lord,’ will enter the kingdom of heaven, but only he who does the will of My Father who is in heaven. Many will say to Me on that day when I judge them, ‘Lord, Lord, have we not prophesied in Your name, and driven out demons in Your name, and done many miracles in Your name?’ And then I will declare to them publicly, ‘I never knew you; depart from Me you are banished from My presence, you who act wickedly, disregarding My commands.’

The Word for "knew" in Jesus's statement, "I never knew you," is the Greek Word ginōskō  which is more than a casual acquaintance.  It means to understand, to come to know, to learn to know. It is also a Jewish idiom for the intimacy of a sexual union.

Do you know what the Greek word for Left is? aphiēmi  and it means as a husband divorcing his wife.

When we accept Jesus as Lord, we are getting engaged to Him. We are promising ourselves to be His and only His and to be faithful to Him. Ancient Jewish customs of marriage were such that an engagement was as good as a marriage vow and just as binding, yet without the sexual union. The man went away to his father's house to build on a room for he and his new bride. When he was finished, he'd wait for his father to give him the nod, and then he'd go get her and they'd have the actual marriage ceremony and celebration.  However, if the woman was unfaithful during the time of engagement, the man could divorce her and break things off. This is what that word means here. Hence, Jesus is describing someone who committed themselves to Him once, but who had not remained faithful.

You may have said a prayer once to receive Jesus. You might read your Bible. You might believe He exists. But do you know Him? Do you talk to Him often? Do you hear from Him? Does He lead you and guide you? Do you sense His Holy Spirit? Do you feel like you know Him more than you did the first day you believed? Has your love for Him grown? Do you love His Word and spending time with Him?  It's a two-way relationship! Yes, I know it's not easy to converse with someone you can't hear, see, or touch in this dimension, but it can be done. It's hard, but Jesus wants you to press in, to spend time with Him. Be still and know He is God and wait for Him to lead you, to comfort you, to fill you with joy and peace!

The good news is, it's not too late. It takes but a minute to stop what you're doing, find a spot alone and just start talking to Him. He's waiting to hear from you! He loves you as if you were His only child!

You see, what happens when you develop a relationship with Jesus is that sin slowly but surely no longer is appealing to you. It may take awhile if you're a new follower, but you should start to detest anything that Jesus hates. We all still struggle with sin now and then, but those who know Jesus hate it. The world and all its pleasures no longer excite us. They no longer are appealing. Pleasing our Lord and being obedient to Him is all that matters.

If that's not you. If sin still has a strong appeal to you. If you feel like you really don't know Jesus at all, click away from this post and get alone with Him now. Ask Him to change your heart. Ask Him to show you how to have a close relationship with Him. Repent and submit your all to Him. I guarantee, He'll run to you with open arms! 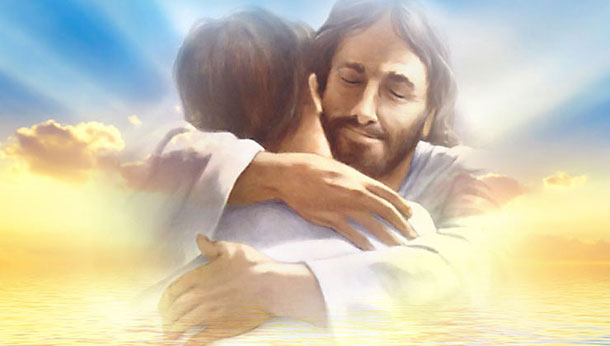