Friday Musings: It's time to Wake Up! 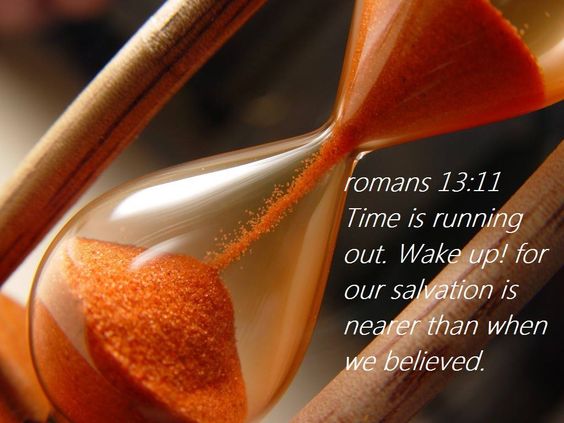 There is no doubt in my mind that the Tribulation is about to start. That means that Jesus is coming for His own. If you aren't sure you know Him or that you would "escape the things coming on this earth" Luke 21:36, please click on "How to be saved" at the top of this site, or feel free to contact me. I'm not a prophet or pastor, but I'm a daughter of the Most High and I walk with Jesus in the cool of the garden, and He wants me to warn you not to mess around with the great Salvation He is offering to all mankind. The Bible is true! Prophecies from over 2000 years ago are coming true!  No one can do that but the One True Living God!

Have a Blessed Weekend!