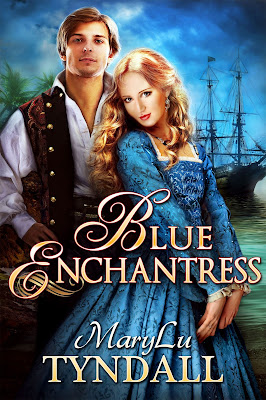 Betrayed by the man she longed to marry, Hope Westcott finds herself on an island in the Caribbean being auctioned off as a slave to the highest bidder. Raised in an unloving home and after enduring a
difficult childhood, Hope's search for love and self-worth have led her down a very dangerous path. All she ever wanted was to find true love and to some day open an orphanage where she could raise children with all the love she never experienced as a child. But how can a woman with a sordid past ever hope to run an orphanage, let alone attract the love of an honorable man?

Determined to overcome the shame of his mother's past, Nathaniel Mason worked for many years to build his own fleet of merchant ships in an effort to finally acquire the respect of Charles Towne society. Ignoring the call of God on his life to become a preacher, he forges ahead with his plans for success at a distant port in the Caribbean, when he sees a young lady he knows from Charles Towne being sold as a slave. In an effort to save Hope, he is forced to sell one of his two ships, only to discover that her predicament was caused by her own bad behavior. Angry and determined to rid himself of her as soon as possible, Nathaniel embarks on a journey that will change the course of his life. 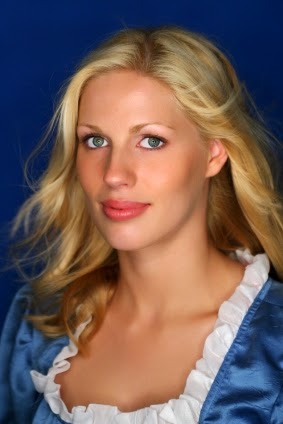 Brief Description:  Hope Westcott is a rare beauty. Trouble is, she knows it. At 22 years of age, petite, shapely, with long golden hair and crystal blue eyes, she is not ignorant of the attention she receives from every man who crosses her path. But before you become jealous, let me explain that Hope believes her looks are her only worthy attribute. Inside, she is empty, insecure, and despite her name, desperately hopeless that she will ever be worthy of true love. She carries around with her the weight of a shameful past and the scorn of proper society, yet she continues down the same road, seeking value, meaning, and love by throwing herself into the arms of men who only use and abuse her. Until, of course, she meets Nathaniel Mason-the only man she's ever know to be able to resist her charms. Despite these failings, Hope is a kind, loving lady who has a heart for the downtrodden and in particular for orphans and any child who is neglected and unloved.

Quirks:  Hope tugs at her hair when she's nervous or uncomfortable. This stems from her past when a man she trusted used her hair to entrap her.

Inspiration:  Dare I admit it, but Hope's inspiration came from my own past and from my observation of many young girls in today's world. What does every girl (or boy for that matter) dream of, but to be truly loved and truly valued, but when that girl comes from a family where she did not receive love and approval and when that girl has been abused by those she trusted, she often ends up giving herself away cheaply to any man who'll have her, just to fill that need in her heart. It is my hope to show through Hope's story that only God can provide the love and value we are all seeking. And not only that, He is the only one who can cleanse us from our pasts, and give us the courage and hope to move forward. 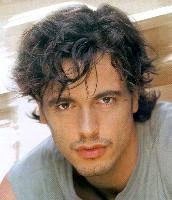 Brief Description:  Nathaniel Mason is a working man-a ship builder by trade and the captain of his own fleet of merchant ships. At age 25, tall and muscular, with dark brown wavy hair, tanned skin, and walnut colored eyes, he often smells of the wood and tar he uses to build ships. He is hard worker who has spent years working and building the two ships he now owns and operates on the Caribbean. Though he values morality, integrity, and decency, he hides a shameful heritage behind a façade of success, hoping to erase the stain of his mother's occupation and elevate himself to a position of respect among the citizens of Charles Towne. But in so doing, he is ignoring the call of God on his life to preach while battling an overwhelming attraction to Hope, a woman who reminds him too much of his mother. But Hope has a thing or two to teach this man who thinks he has it all together!

Quirks:  You'll often hear Nathaniel say "Fire and thunder" whenever he is upset or angry. A jagged blue scar mars his left side where he was stabbed as a young boy trying to protect his mother. The wound burns whenever he is threatened or feeling uneasy and he often reaches up to rub it during those times.

Inspiration:   Nathaniel Mason is a godly man with exceptional morals and a strong desire to do the will of God, save for one tiny flaw-formed from a difficult past-that causes him to deviate from that perfect path. I love Nathaniel. He is such a good example for everyone around him and so capable and resourceful. As a natural leader, people are drawn to him, rely on him and look up to him. The amazing thing is, he doesn't even recognize the gifts God has given him. He is the type of man who so much wants to do the right thing, that sometimes he is trying too hard on his own power and needs to let go and let God.


4-1/2 Star Review! No one writes a pirate story better than Christy Award finalist Tyndall! This romantic action-packed adventure illustrates the healing, redemptive power of God's grace while still offering readers the excitement they crave. - The Romantic Times
The Blue Enchantress is a captivating tale of love, forgiveness, acceptance, personal and spiritual growth, and learning to yield to the Master’s will. M.L. Tyndall breathes such life into her characters that the reader is reluctant to bid them farewell on the last page. This second installment in the Charles Town Belles series is chock full of laughter and tears, sin and redemption, love and its seedier counterpart. The Blue Enchantress is a pirate’s chest of literary treasure … more than worth the voyage! - Delia Latham, The Book Bag Blog
Marylu Tyndall’s THE BLUE ENCHANTRESS would make an excellent Hallmark movie.  With a superb plot, riveting characters, high action drama, this book overflows with all the elements that romance readers crave.  This is the second book in the CHARLES TOWNE BELLES series, but it is strong enough to stand alone on its own.  Very highly recommended. - Suzie Housely, Romance Junkies
Intriguing heart-and-soul characters, swashbuckling adventure and heart-fluttering romance put a gust of wind in your sails in The Blue Enchantress, a treasure trove of inspiration and fun. - Julie, ACFW Fiction Finder
The latest Charles Town Belles historical romance (see THE RED SIREN for Hope's sister Faith's tale) is a super exhilarating inspirational tale starring two individuals who make the story line work. He is a pious person, but in a way arrogant as he looks down on those who take a different path; she has made mistakes but plans to redeem herself. Her rationale for seeking redemption changes as she changes. If you have not read M.L. Tyndale, you are missing out on one of the best authors at combining character-driven, action packed historicals (on sea and on land) with the underlying inspiring message of the Lord is there for everyone who enters his house.
Midwest Book Reviews