The Redemption - Legacy of the King's Pirates 1

Christy Award Nominee!
A Fleeing Woman and a Man Battling a Sordid Past are Brought Together on the Tempest 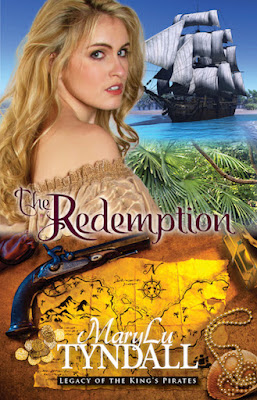 
Lady Charlisse Bristol sets off on a voyage in search of a father she never knew, only to find herself shipwrecked on a deserted island. After weeks of combating the elements, her salvation comes in the form of a band of pirates and their fiercely handsome leader, Edmund Merrick. Will Charlisse free herself from the seductive lure of this pirate captain and find the father's love she so ardently craves?


While battling his attraction to this winsome lady and learning to walk a more godly path, Edmund offers to help Charlisse on her quest--until he discovers her father is none other than Edward the Terror, the cruelest pirate on the Caribbean. Can Edmund win this lady's love while shielding her from his lecherous crew and working to bring her father to justice?
Can the supernatural power of God rescue Charlisse and Edmund from the danger and treachery that await them as they ride upon the tumultuous waves of the Caribbean? 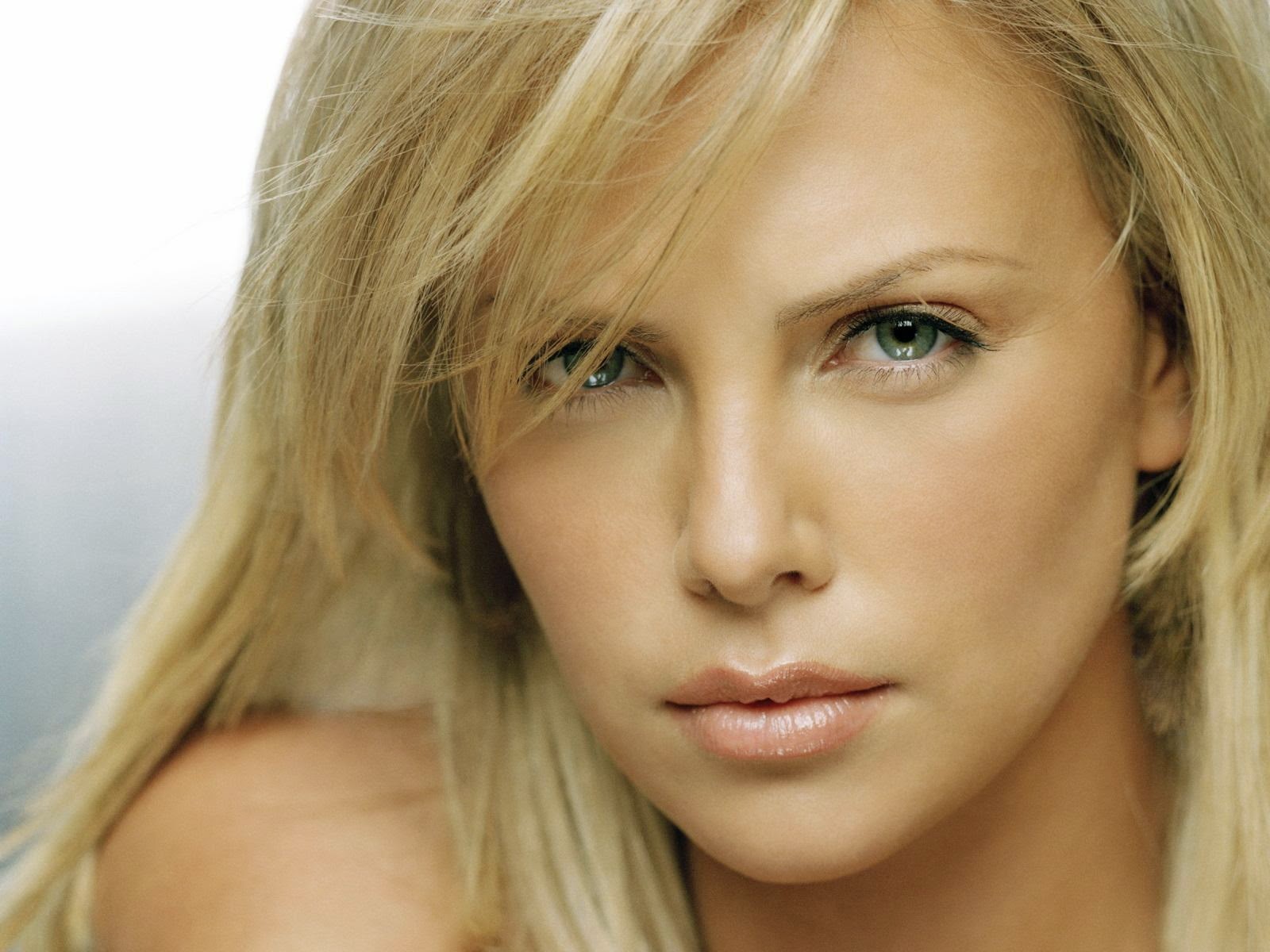 Brief Description:  Charlisse is fair skinned with light blonde hair that falls to her waist and holds a natural wave. Her eyes are the color of a tropical sea in the full sun. Though she appears to harbor the natural weakness of her gender, inside Charlisse is as brave and strong as any man. Abused as a child by a demented uncle, she was also raised in nobility and carries herself with a haughtiness expected of her station. She is spoiled, demanding, and can be difficult to get along with, especially when she is upset or threatened, but this stems from a deep wound in her heart. I named Charlisse after the actress Charlize Theron, and I picture her looking much the same: a raw beauty that speaks of strength and yet innocence.

Weaknesses:  Pessimist, bitter, angry and insecure. She doesn't trust anyone

Quirks:  Charlisse plays with her hair when she is nervous or upset

Inspiration:  Charlisse is a character that was born out of my own personal life journey. She is a kind-hearted woman with a zest for life that was squelched early on by a difficult childhood. She never knew her father and her mother died young, leaving her at the mercy of a disturbed uncle. Charlisse runs away from all she knows to search for the father she never knew, believing that once she finds him, he will give her all the love she's been missing her entire life. In my own life, I also never knew my father and searched for many years for anything to fill that empty void. And like Charlisse, it wasn't until I turned to God and He showered his love and acceptance upon me that I finally found the love, acceptance, and fulfillment I'd been seeking. 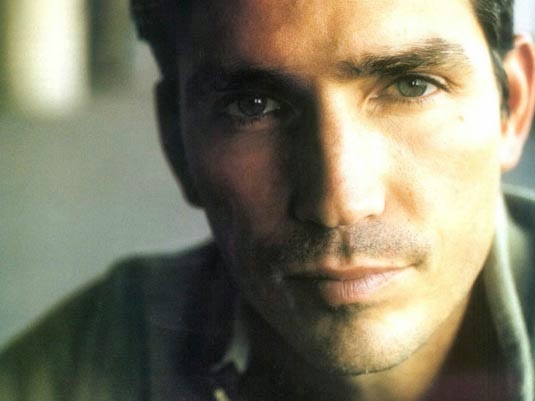 Brief Description:  Merrick is tall and big boned. He wears his long coal-black hair tied behind him, cavalier style. He is tanned and well muscled from having spent years sailing across the Caribbean. Once known as the most notorious pirate captain, he has now repented of his wicked ways and become a godly man. And though he continues to sail the seas, he now brings to justice those who commit acts of violence and piracy as he used to do. His dark, piercing eyes are his most notable feature.

I always pictured Merrick to look a lot like the actor, James Caviezel: strong, dark, and brooding.

Quirks:  Runs a hand through his hair when he is frustrated or confused

Inspiration:   When God gave me the idea to write a story about a Christian pirate, I got very excited. I mean, what a dichotomy! I wanted to portray a man who wasn't just an ordinary pirate but a man who came from nobility in England, a man who was running away from something and who had spent years committing acts of thievery and violence upon the seas. So much so, that he was now feared by his fellow pirates. Then I gave him a life-changing conversion to Jesus Christ and watched what he would do with it. Amazingly, he stayed on the seas and took to privateering instead. Determined to become a better man, a godly man, he still battles his old weaknesses of women and drink, both of which are tested when he rescues the lovely Charlisse from a deserted island.


The Redemption is a rousing pirate adventure filled with sea battles, chases, arrests, and betrayal. M. L. Tyndall expertly interweaves history with fiction to create a spellbinding tale any lover of pirate romance will enjoy.
- Cindy Vallar, Editor, Pirates and Privateers, Columnist, Book Reviewer, Workshop Presenter
The Redemption is a wonderful story with fast-paced action, soul searching introspection, and brushes of the miraculous that make the heart swell… Overall, I would deem The Redemption a must read for anyone with a love for a good story, historical pieces in general, pirate works in particular, or just a wish to get away to a tropical paradise for a few hours.
- Roseanna White, Christian Review of Books

In classic style and voice, Tyndall skillfully braids breathing characters with Raider's of the Lost Ark non-stop plot conflict and action, forcing you to turn pages until the very end.  Frank Creed Reviews

There is romance, suspense, action, history, as well as the inspirational touches and just a tad of supernatural in the power God can show to protect his children. THE REDEMPTION has a little something for everyone. I highly recommend this thrilling ride on the high seas of the Caribbean. Now I just have to wait for book two in this new and exhilarating series about pirates, romance, faith and adventure.
- Wendy Keel, Romance Reader’s connection

M. L. Tyndall has written a fascinating story that rivals Pirates of the Caribbean, and Captain Merrick is giving Captain Jack Sparrow (Johnny Depp) a run for his money, too! I highly recommend this well-written, high-seas novel that dares anyone to label it as merely just another romance.  Sheri Meyers - Romance Junkies

“Ships. Storms. Pirates. Swashbuckling. Action. Adventure. Romance. And, of course, enough faith to fill the hold of a Spanish galleon. If that’s what you like from a book, MaryLu Tyndall delivers with The Redemption, first of a new series titled Legacy of the King’s Pirates.”
Rachel Niehaus, Christian Book Previews.com